532. Changes in Virulence of Asian Soybean Rust Pathogen in Bangladesh 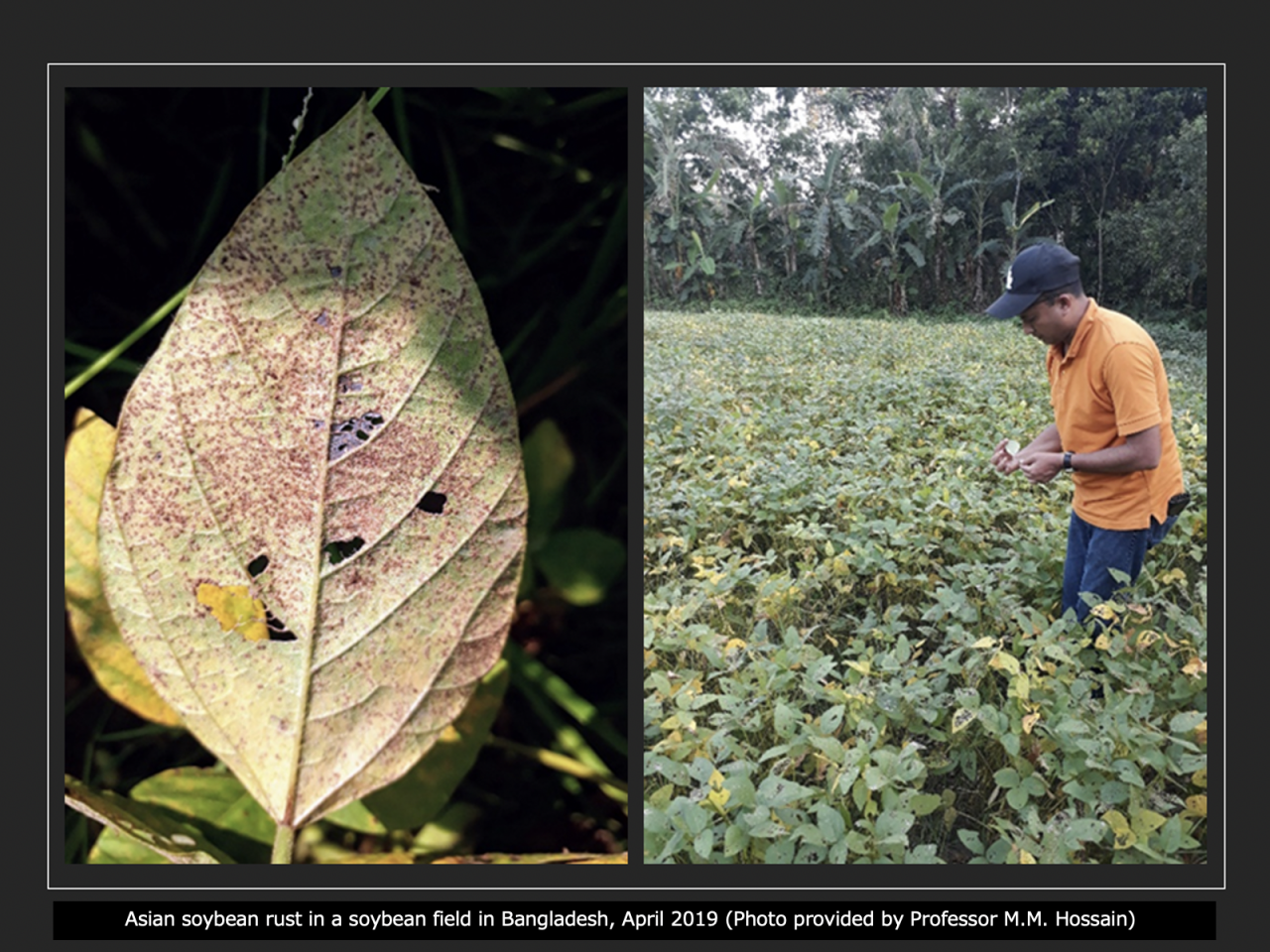 Bangladesh, like Japan, has a low domestic self-sufficiency rate for soybeans, but domestic soybean production is expanding due to increased demand in recent years. Soybean yield in Bangladesh is very low, less than 2 t/ha, and one of the major causes is Asian soybean rust, which has a serious influence on soybean production in tropical and subtropical regions. Chemical fungicides are the main method of soybean rust control, but fungicide-resistant strains of this disease are a problem in South America, a major soybean growing region. In addition, the environmental hazardous effects of the heavy fungicides use are widely known. In May 2021, the Ministry of Agriculture, Forestry and Fisheries (MAFF) formulated the Strategy for Sustainable Food Systems, MeaDRI, which aims to achieve both increased productivity and sustainability in the food, agriculture, forestry, and fisheries industries through innovation, and one of its goals is to work on reducing environmental impact, such as reducing chemical pesticides. So, it is necessary to introduce resistant varieties: one of the economical and environmentally friendly controls. In order to identify a stable and effective resistance against soybean rust occurring in Bangladesh, we investigated the virulence of soybean rust samples against the resistance gene.

We inoculated twelve differential varieties of soybean rust, including varieties with each of the seven known resistance genes (Rpp1~Rpp6, or Rpp1-b), susceptible varieties without resistance genes, and a line with the pyramided three genes (Rpp2+Rpp4+Rpp5) bred by JIRCAS with a total of 34 soybean rust samples collected in 2018 and 2019 from soybean fields to evaluate their virulence. These samples were also compared to the 2016 rust samples evaluated in the same manner.

In the high-temperature and humid monsoon Asian region, which is favourable for Asian soybean rust pathogen, the soybean rust easily spreads across the border and causes extensive damage. Continuous monitoring of pathogenicity and fungicide resistance is very important for the establishment of effective soybean rust control methods.

This result was published in Plant Pathology, an international journal of plant pathology, titled A major variation in the virulence of Asian soybean rust pathogen (Phakopsora pachyrhizi) in Bangladesh.

471. Research and the Global Spread of Soybean Production