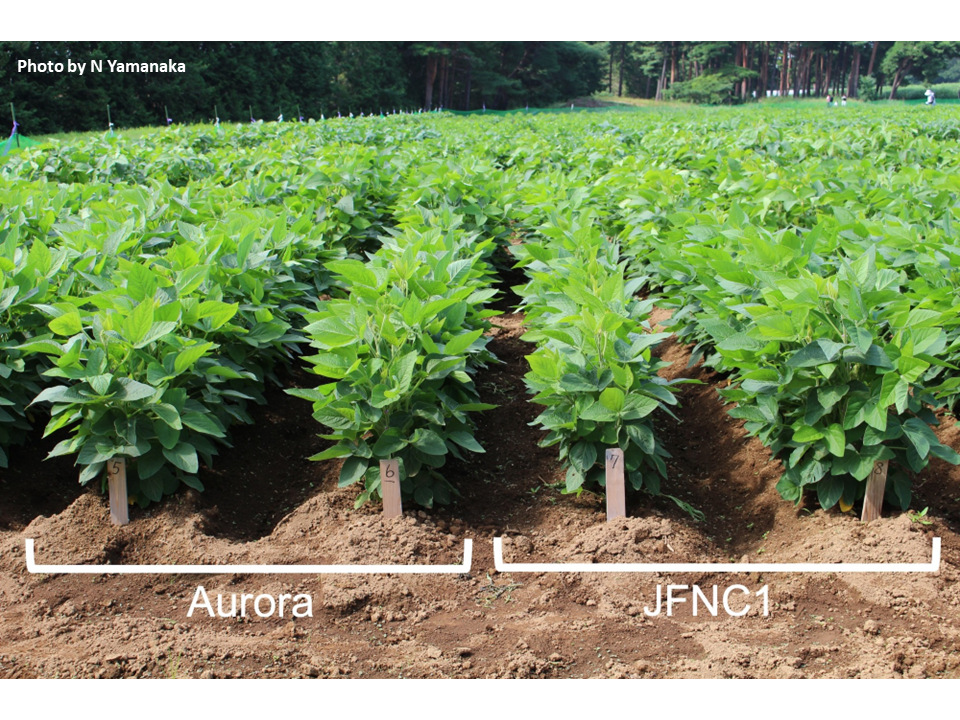 In South American countries that produce more than half of the soybeans in the international market, Asian soybean rust (ASR), which was confirmed in 2001, is the most important soybean disease. Damage is particularly severe in the tropical and subtropical regions of Brazil, Paraguay, and Bolivia. In recent years, the fungicide resistance of the rust fungus has increased, and there are concerns that this will further increase production costs and environmental impact. Therefore, JIRCAS and the Nikkei-CETAPAR Agricultural Experiment Station in Paraguay have jointly developed and released new soybean cultivars JFNC 1 and JFNC 2, which are highly resistant to ASR, by using a gene clustering line as donor line for soybean cultivars adapted to Paraguay. In this study, we investigated whether these new soybean cultivars have improved rust resistance compared to the original parent cultivars, both in the laboratory and in actual Paraguayan fields. In the field trials, we also established test plots sprayed with fungicide and unsprayed plots to determine resistance at the yield level.

In the laboratory, JFNC 1, JFNC 2, and the original parental cultivars Aurora and YG203 were inoculated with BRP-2, a highly virulence Brazilian rust fungus, and four resistance traits including sporulation level were compared. The results showed that the JFNC cultivars were as highly resistant as the resistant donor line for all resistance traits tested (Fig. 1). In two years of field trials, JFNC 1 and JFNC 2 also reduced the area of rust lesions to 3.1% and 4.1% of the parent cultivars, on average, in the fungicide-free test area. This high degree of rust resistance conferred by the new cultivars and the effect of line selection in breeding the cultivars resulted in a 2-year average increase in yield of JFNC 1 and JFNC 2 of 1.7 and 1.4 times, respectively, over the pre-improved cultivars when no fungicide was used. In addition, JFNC 1 and JFNC 2 under these fungicide-free conditions averaged 1.0 and 1.1 times higher yield, respectively, than the parental cultivars under fungicide use. The advanced ASR resistance of these new cultivars is very useful because fungicide-resistant rust pathogens are increasing production costs and environmental impact in the field. While the new cultivars have a high degree of rust resistance, they also maintain the same agronomic traits as the parent cultivars, such as growth period and grain weight (Fig. 2), and are expected to be excellent cultivars adapted to Paraguay.

The results were published in Tropical Plant Pathology, an international journal of plant pathology, under the title Resistance to Asian soybean rust and yield of new soybean cultivars, JFNC 1 and JFNC 2, harboring three resistance genes.

Senior Researcher Yamanaka of the Biological Resources and Post-harvest Division is Among the World’s Top 10 Soybean Rust Researchers https://www.jircas.go.jp/en/reports/2020/r20200806

471. Research and the Global Spread of Soybean Productionhttps://www.jircas.go.jp/en/program/proc/blog/20220203 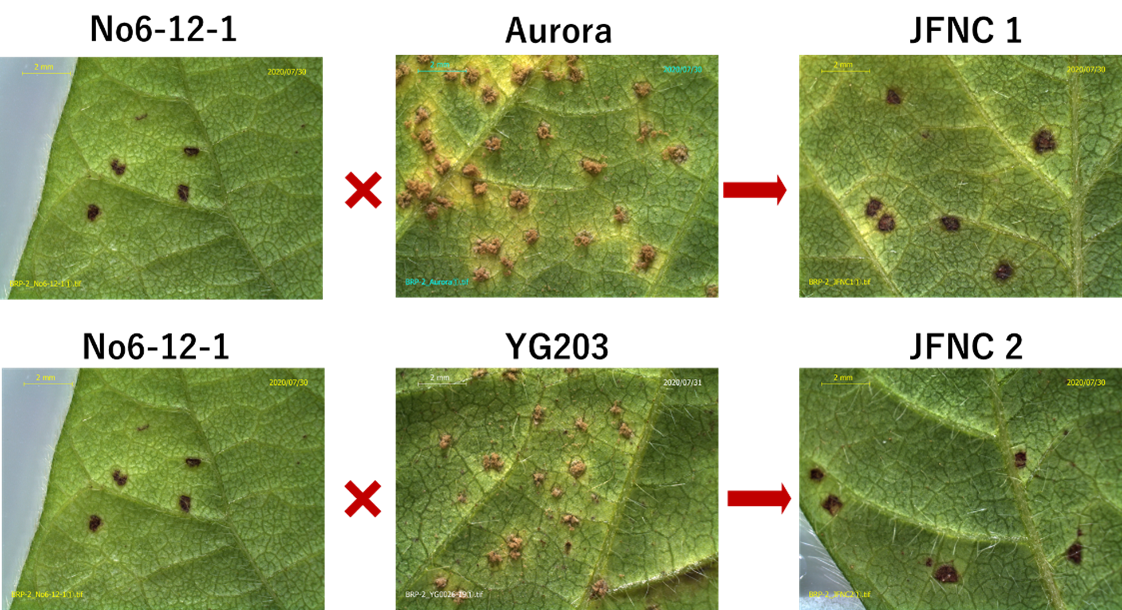 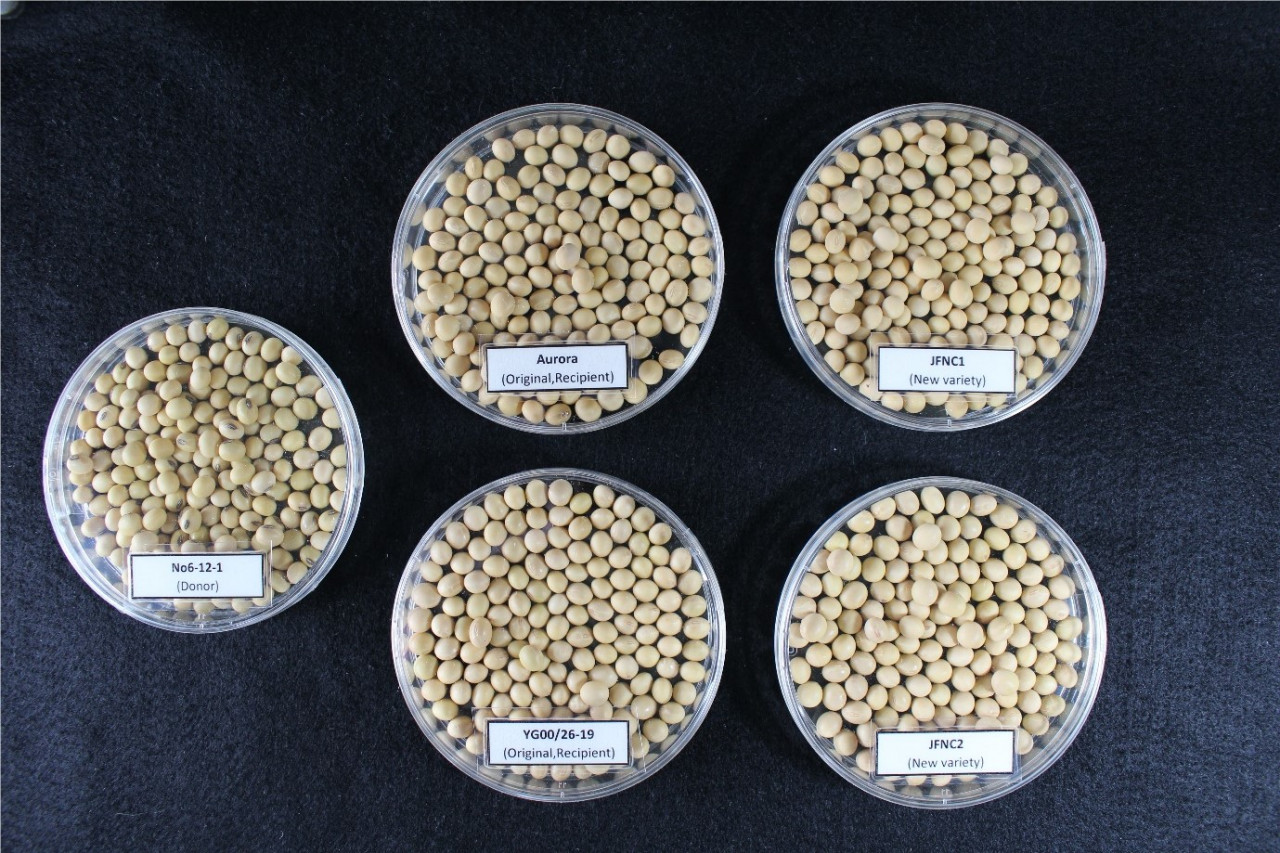