The Tropical Agriculture Research Front (TARF) is a division of JIRCAS in Ishigaki City (Ishigaki Island), a subtropical island in Okinawa Prefecture. Ishigaki Island is located about 400 km southwest of the capital city of Naha at Okinawa island (main island). It is geographically closer to Taiwan rather than the Okinawa island and has been attracting attention recently as a world’s tourist destination. Climatically, it belongs to the subtropical region, with an average annual temperature of 24.3°C and an average annual rainfall of 2,107 mm, which is hot and humid. Under such climatic and geographical conditions similar to those of the field of research conducted by JIRCAS overseas, we are pursuing research on the development of agricultural production technology that can be applied to developing regions and islands in the tropical and subtropical areas using 21 hectares of experimental fields, various greenhouses and other facilities. In addition, with the subtropical environment at TARF, we are contributing to domestic agriculture by preserving the tropical crop genetic resources and developing breeding materials and cultivars suitable for the southwestern warm regions in Japan. As the only national agricultural research institute capable of conducting empirical research for cultivation of tropical crops, we hope to mission to contribute to domestic and overseas agriculture with these initiatives.

There are various tropical fruit species that are widely cultivated in the tropical and subtropical regions. As many of these fruits are rich in nutrients, vitamins and high commercial value, it is expected that research to improve tropical fruit tree production will have potential benefits to both consumers and producers. Recently, novel tropical fruits, both imported and domestically produced, are available not only in luxury fruit shops of department stores, but also in supermarkets in Japan. JIRCAS is conducting research that contributes to the promotion of tropical fruit production in both Japan and developing countries, by taking advantage of the geographical and research facilities of TARF. Specifically, we have been conducting research on mango and passion fruit with the aim of promoting tropical fruit tree research and activating genetic resource utilization.

Mango is the third most dominant tropical fruit produced worldwide, after banana and pineapple, with hundreds of varieties including major ones such as ‘Alfonso’, ‘Haden’, ‘Keitt’ and ‘Tommy Atkins’. In Southeast Asia which is one of the major production areas, also, mango is important cash crop. However, the development of improved cultivars, cultivation techniques, and systematic efforts to add high value have not progressed leaving plenty of room for R&D to make contribution. In Japan, the commercial production of mango has been substantially monoculture of ‘Irwin’ (occupies >90% production in Japan). There is need for research to utilize diversity of genetic resources for new market value and expansion the harvesting period. Through the genetic analysis covered almost all mango genetic resources in Japan, we have identified and classified about 80 identical mango cultivars into three groups corresponding to  areas of origin, namely, America, India, East and Southeast Asia (Yamanaka et al. 2019). Information of variety characteristics such as flowering time and fruit quality among the mango genetic resources conserved in JIRCAS-TARF are summarized and provided for researchers, producers, and consumers in Japan through the website of “JIRCAS Mango Genetic Resources Site” (in Japanese). Furthermore, these findings of genetic analysis also contribute to the development of technology for classification and identification of mango genetic resources in Myanmar, where a joint research is being conducted.

Passion fruit is a tropical fruit tree that accounts for the third largest amount of production in Japan after pineapple and mango. Recently, passion fruit has been focused as one of the potential crops for adjustment to global warming and further expansion of domestic production is expected. In 2016, JIRCAS developed a new passion fruit cultivar “Sunny Shine”, which has lower acidity and better appearance than conventional varieties for fresh fruit consumption. Although passion fruit is a tropical fruit, it is weak for extreme high temperature during the period of flowering and fruit setting. We have been working on the development of breeding materials for resistant to such high temperature. Also, virus free propagation technique has been developing for the viral disease which have been increasing in recent years. 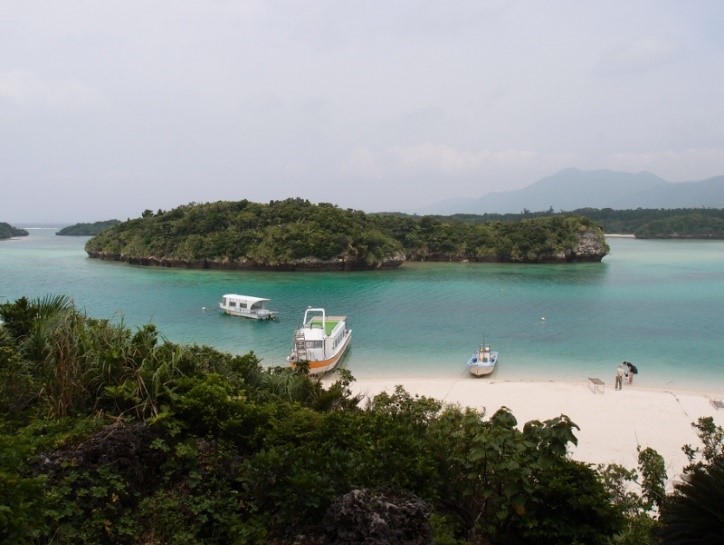 Kabira Bay, the most scenic spot in Ishigaki Island 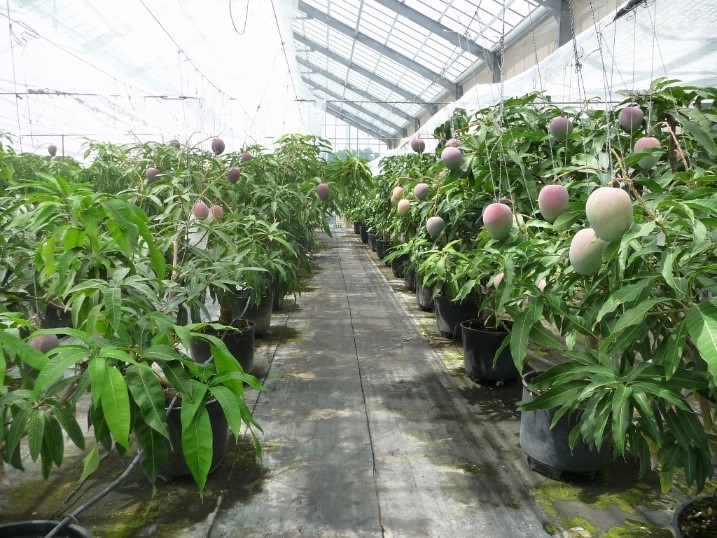 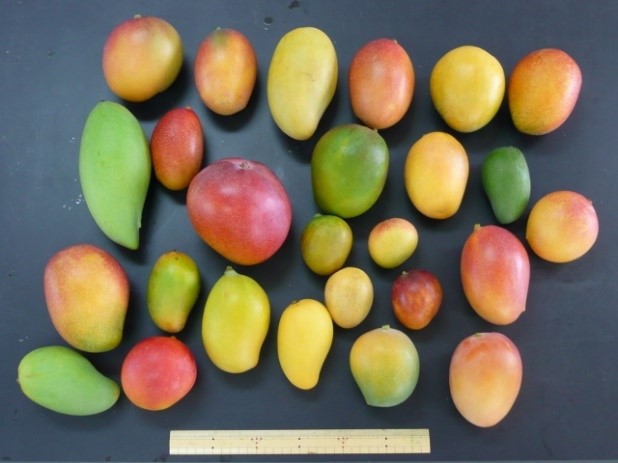 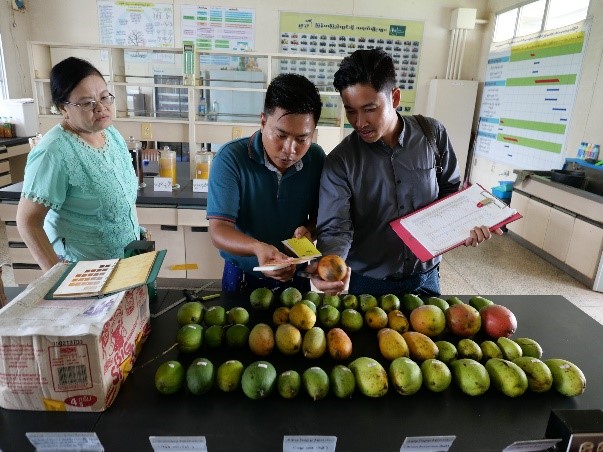 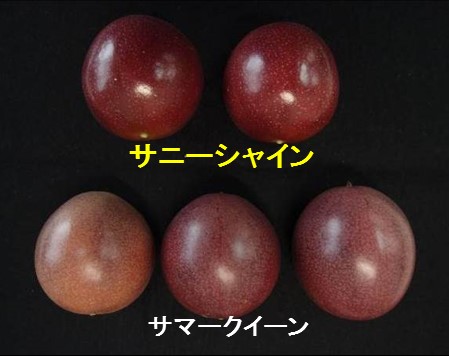 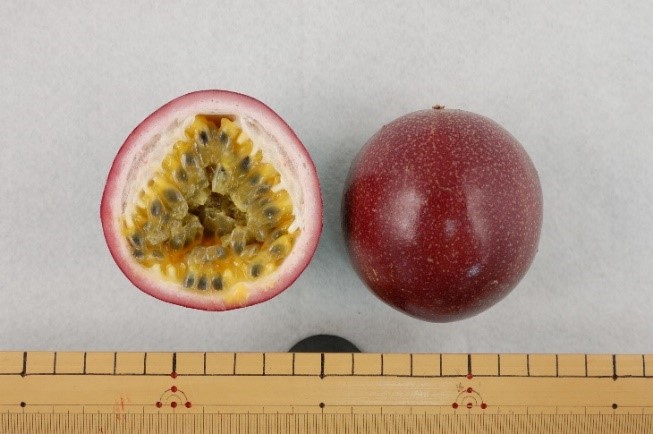