This forum is held every other year with the aim of introducing the results of various technological developments and inventions in the country to the general public and stakeholders from private companies. This year, under the theme of "Achievements of Scientific Research and Technological Innovation in Entrepreneurship and Employment Opportunities for Youth and Women in the West African Subregion," various symposiums and presentations of research results were held, and many citizens, students, and related people visited the various booths in the plaza. According to the organizers, there were 170 exhibits and at least 500 visitors per day.

The two major projects of JIRCAS in Burkina Faso, together with its long-time collaborator, the National Institute of Environment and Agricultural Research (INERA), namely,  (1) Development of sustainable land management technologies under extreme weather conditions in drylands (Sustainable land management in drylands) project, and (2) the SATREPS Project on establishment of the model for fertilizing cultivation promotion using Burkina Faso phosphate ore, were introduced (Photo 1). In particular, the exhibit on processing phosphate fertilizer raw phosphate rock attracted the attention of the visitors many of whom were students (Photo 2). Throughout the five-day exhibition, a total of about 190 people visited the exhibit and pamphlets from JIRCAS, SATREPS and JICA were distributed.

On the first day, the President of Burkina Faso, Mr. Roch Marc Christian Kabore, and his delegation (30 people in total) visited the booth, and Dr. Traoré Boubacarri, a PhD graduate student participating in the project, had the opportunity to explain the production process of phosphate fertilizer (Photo 3). The President was aware of the project's fertilizer production testing activities and asked many questions, indicating that he was interested in the project. It is hoped that the results of the project will lead to social implementation by continuing to make efforts to disseminate information to the government. 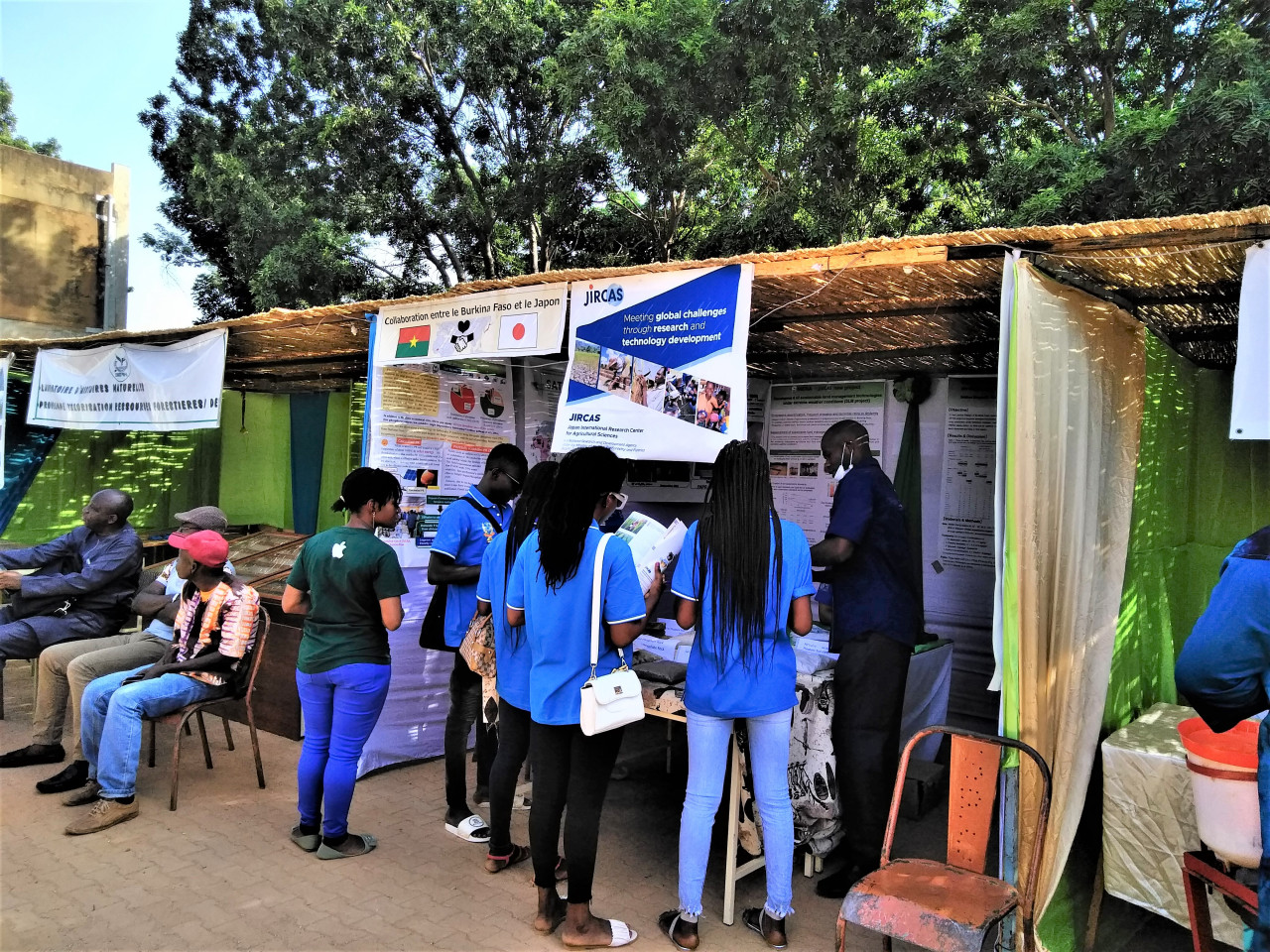 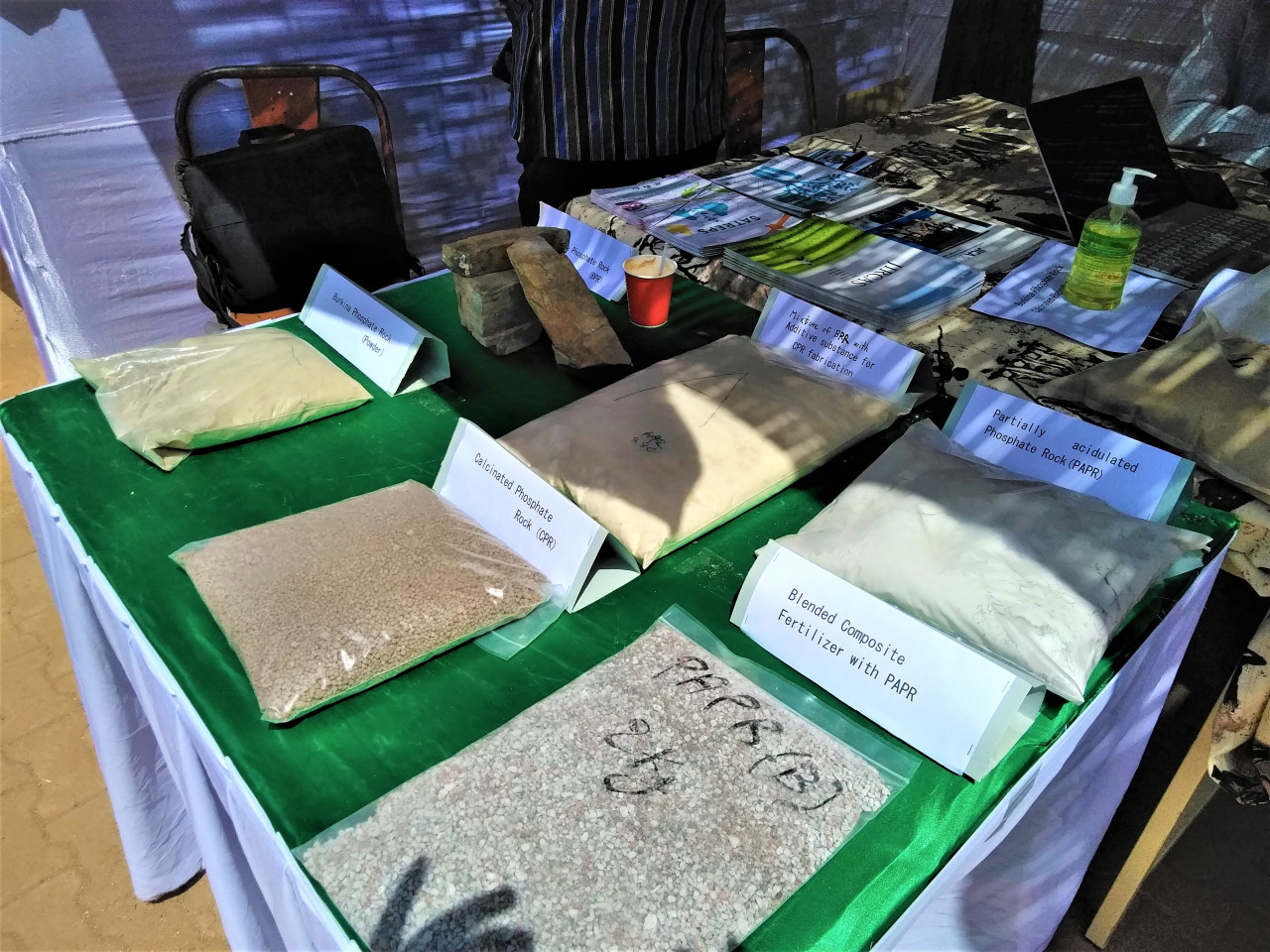 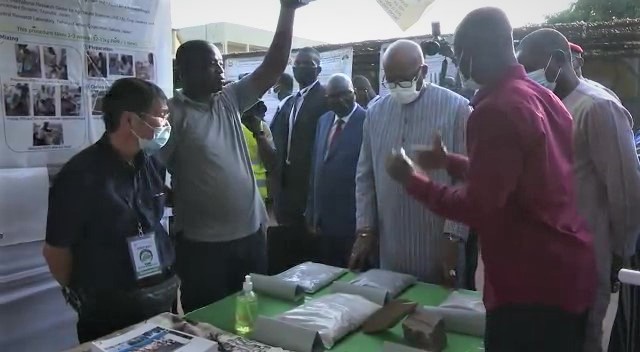