The representatives of the SATREPS project in Burkina Faso, Dr. Bambara Dasmane of the National Institute of Environmental and Agricultural Research (INERA) and Dr. Traore Mamoudou of the National Soil Survey Institute, visited JIRCAS on October 13, 2022. JIRCAS is conducting international joint research in Burkina under the SATREPS project. Mr. Sagnon Adama, a PhD student at Joseph Kiservo University, who accompanied them, will continue his technical training at JIRCAS until October 31.

Burkina Faso, located in West Africa, where agriculture is the main industry, aims to produce and sell compound fertilizers by utilizing the country's phosphate rock resources (100 million tons in total) to domestically produce phosphorus fertilizers and blending them with other fertilizer materials, in order to achieve a stable fertilizer supply. Since 2017, JIRCAS has been implementing the SATREPS Project on establishment of the model for fertilizing cultivation promotion using Burkina Faso phosphate rock, and has produced many research results through joint research with the country. In the final year of the project, three researchers from the collaborating research institutes were invited to JIRCAS to discuss how to effectively use the project results for social implementation.

They were accompanied by Mr. Sagnon Adama, a PhD student at Joseph KI-ZERBO University, who has been participating in the project for some time. Mr Adama is staying at JIRCAS until October 31 to learn the techniques of soil microbial analysis.

On October 12, 2022, the group paid a courtesy call to the Ambassador of Burkina Faso to Japan, who spoke highly of the joint research between INERA and JIRCAS. He also mentioned that he had planned for the President of Burkina Faso who came to Japan in 2018, to visit JIRCAS, but could not due to his tight schedule.

On October 13, they visited JIRCAS and paid a courtesy call to Pres. Koyama. A seminar was also held to introduce the current status of soil fertility and land degradation in Burkina Faso, the overall progress of the project as a whole, and the results obtained from the project.

JIRCAS has continued its joint research with INERA in the 5th Medium to Long-term Plan and hope that the international joint research will continue steadily and that the results will be utilized by local farmers. 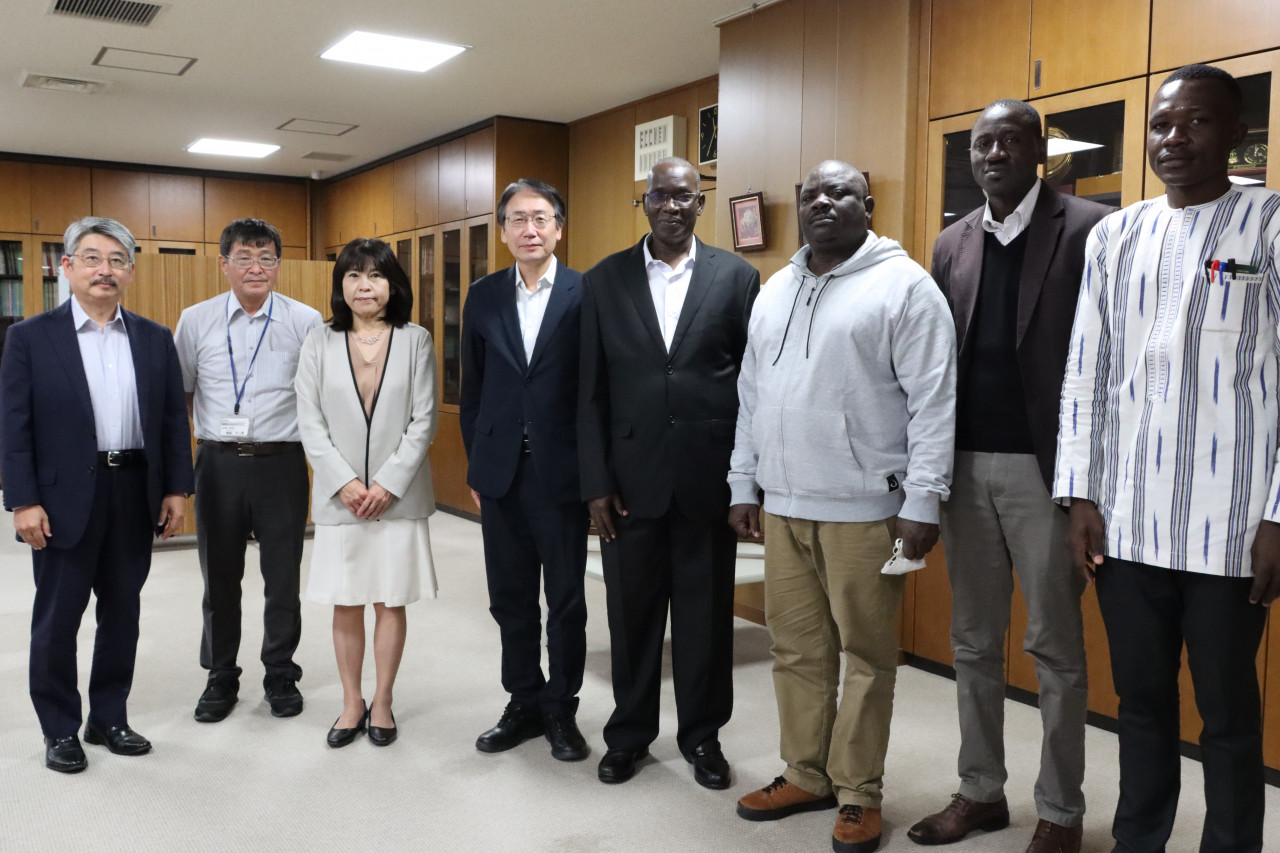 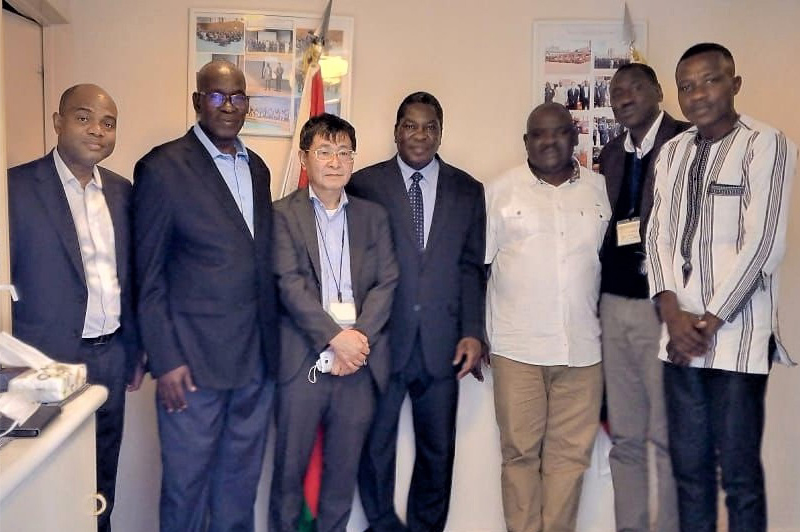 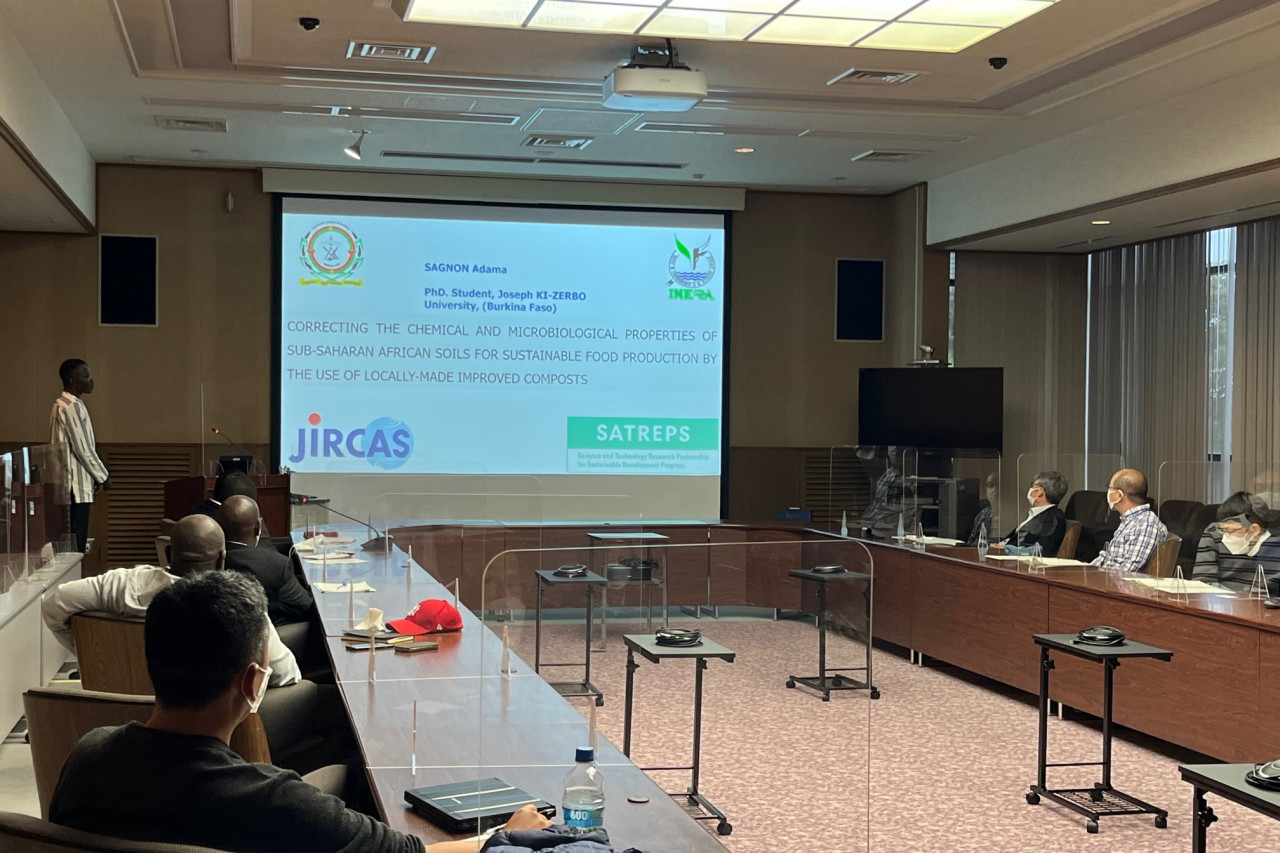