In commemoration of the establishment of a demonstration plant for fertilizer production using phosphate rock, a handover ceremony was held at the Institute of Environment and Agriculture Research (INERA) in Ouagadougou, Burkina Faso on October 24, 2019.

JIRCAS is implementing SATREPS project on the establishment of the model for fertilizing cultivation promotion using phosphate rock in Burkina Faso located in West Africa. One of the objectives of the project is to make use of locally produced low-grade phosphate rock which is still underutilized in Burkina Faso in order to develop domestically manufactured and reasonably priced and effective fertilizers. In commemoration of the establishment of a demonstration plant for fertilizer production, a handover ceremony was held at the headquarters of the counterpart organization, Institute of Environment and Agriculture Research (INERA) in Ouagadougou, Burkina Faso on October 24, 2019.

The ceremony was attended by about 100 people and guests including representatives from the Ministry of Higher Education, Scientific Research and Innovation of Burkina Faso, INERA, the Embassy of Japan in Burkina Faso, members of the Japan Science and Technology Agency (JST) mission for project evaluation, and JIRCAS researchers involved in the SATREPS project.

The event also featured presentations by INERA and JIRCAS scientists explaining how to make phosphate fertilizer and 10 posters showing the results of the SATREPS project.  The ceremony was covered by a public broadcasting station and two newspaper publishers providing an opportunity for nationwide dissemination of the SATREPS project.

This demonstration plant will be used in the production of new fertilizers using the indigenous low-grade phosphate rock and field trials will be conducted to confirm the effect of the fertilizer in improving agricultural production. 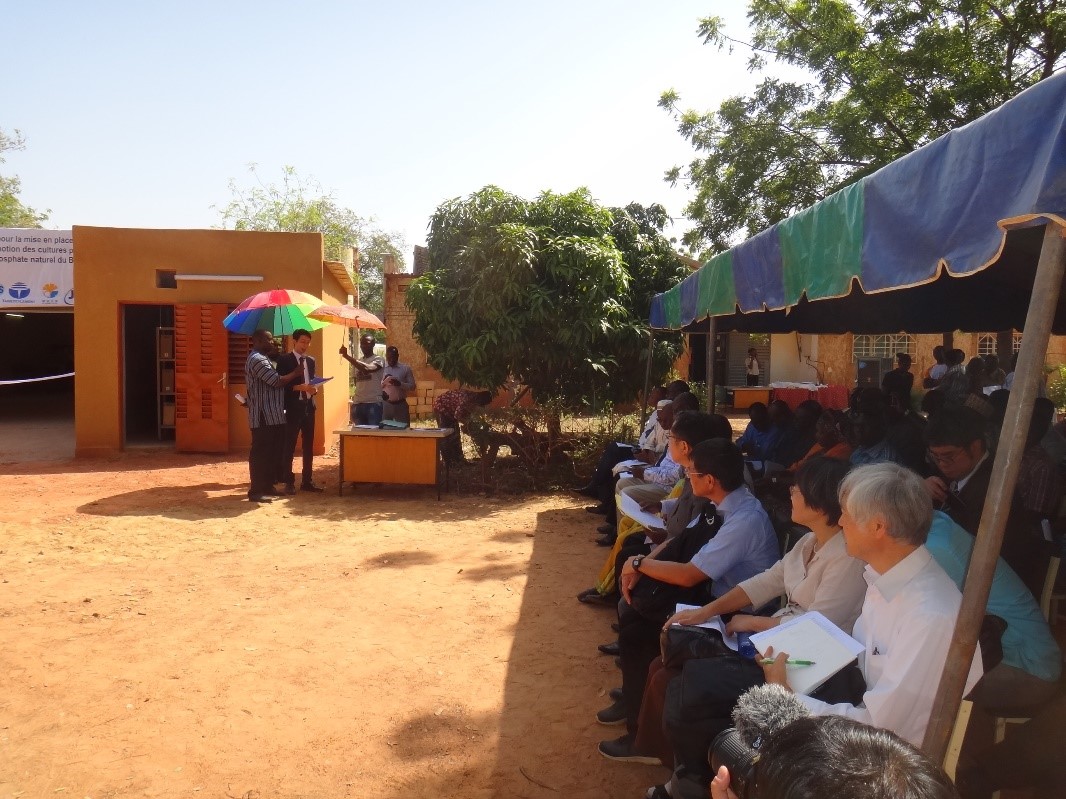 Handover ceremony greetings of the representative from the Japanese Embassy 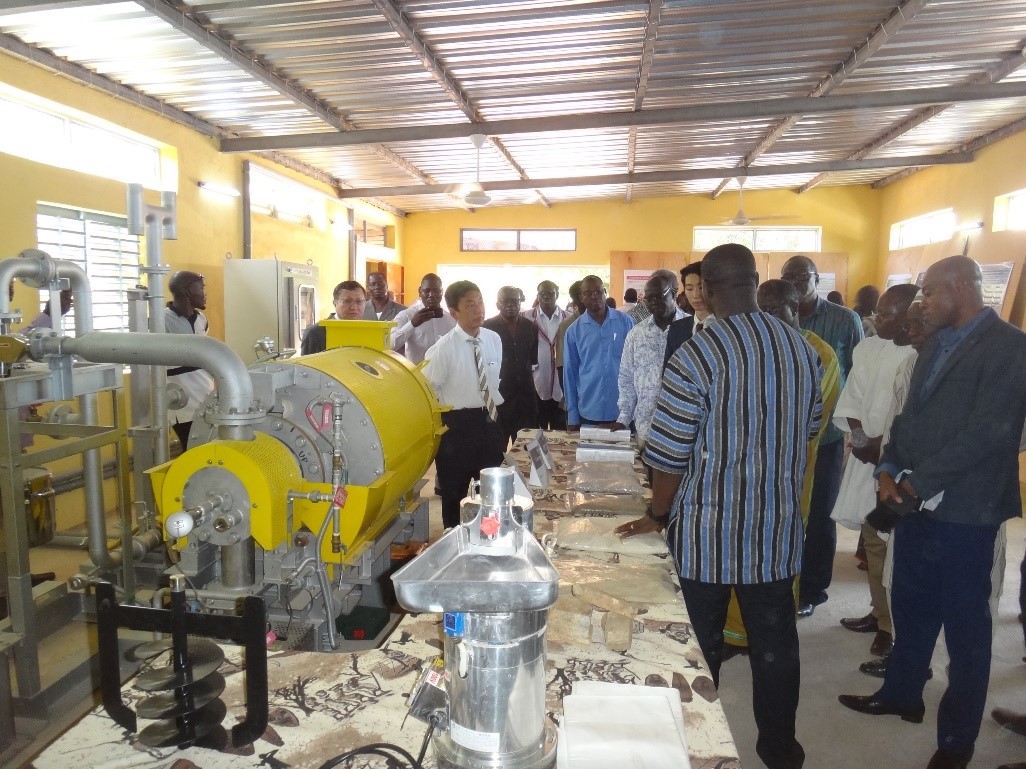 Dr. Nakamura of JIRCAS explaining the calcination method of the demonstration plant 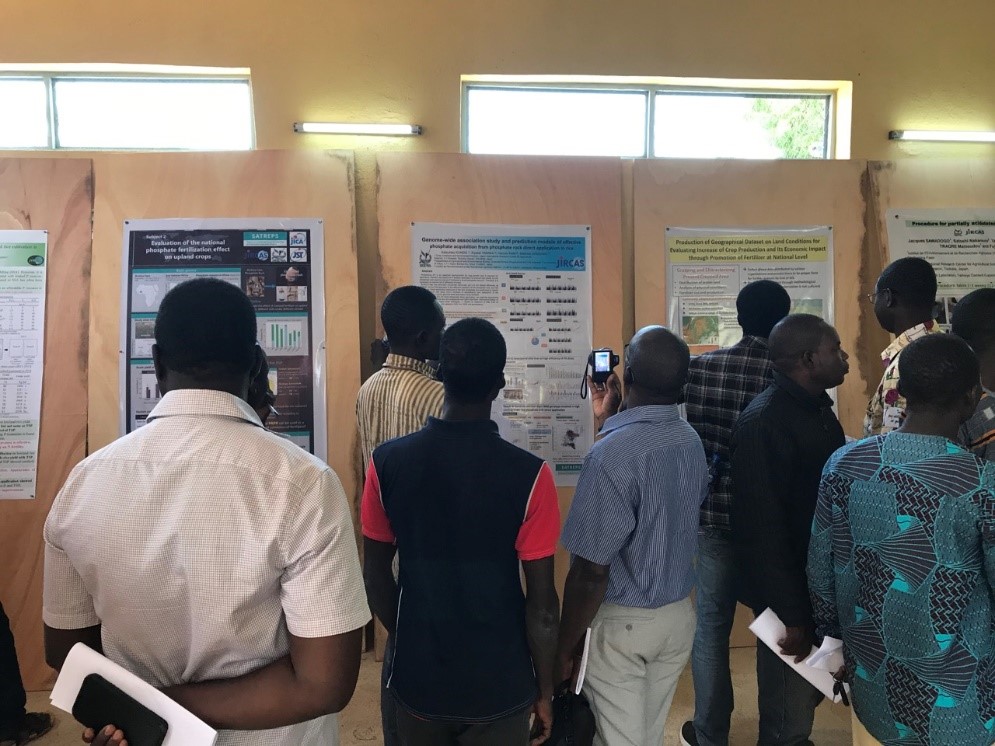 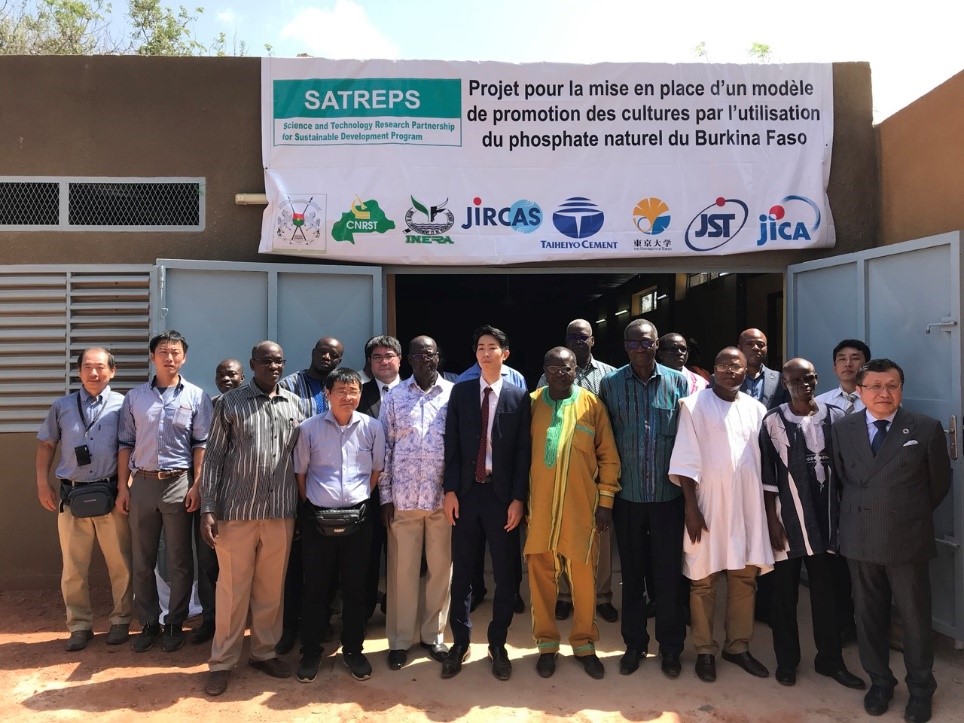