JIRCAS exhibit at the Thailand’s Science and Technology Fair 2019

The Thai Science and Technology Fair is the largest fair of the year in Thailand featuring advances in science and technology. The 2019 fair under the concept of “Science, Technology and Innovation: Inspiring Creativity for Better Living and Sustainability for the Nation” was held at the Impact Exhibition and Convention Center in the province of Nonthaburi from August 16-25, 2019. The Japan Pavilion organized by the Japanese government was participated by the following organizations: (1) National Space Policy Secretariat of the Cabinet Office, (2) Japan Aerospace Exploration Agency (JAXA), (3) University of Tokyo / Asian Institute of Technology (UT & AIT), (4) National Institute of Information and Communications Technology (NICT), (5) Japan Science and Technology Agency (JST), (6) Japan International Research Center for Agricultural Sciences (JIRCAS), (7) Japan-ASEAN Science, Technology and Innovation Platform (JASTIP), (8) Japan Society for the Promotion of Science (JSPS), (9) RIKEN, and (10) Japan Agency for Medical Research and Development (AMED).

The JIRCAS Southeast Asia Office in Bangkok has participated in this exhibition every year for more than 10 years. Based on the research achievements of JIRCAS in Thailand, the research on the estimation of CO2 fixed in teak wood widely produced in Thailand as an excellent high-grade material, and the research on the manufacturing process of the traditional fermented food “Ka-nom-jeen” were presented this year.

The opening ceremony on August 17 was attended by the Deputy Minister of Higher Education, Science, Research and Innovation (Chief Advisor of the Minister) of Thailand. At the award ceremony held on the 23rd, a trophy was presented to JIRCAS by the Director of the National Science Museum of Thailand for its contribution in the science and technology fair. Overall, more than 1 million visitors participated and contributed in dissemination of science and technology education in Thailand. 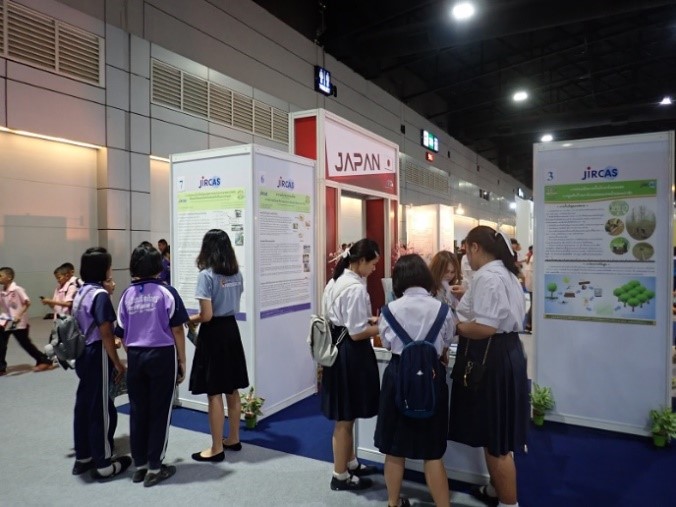 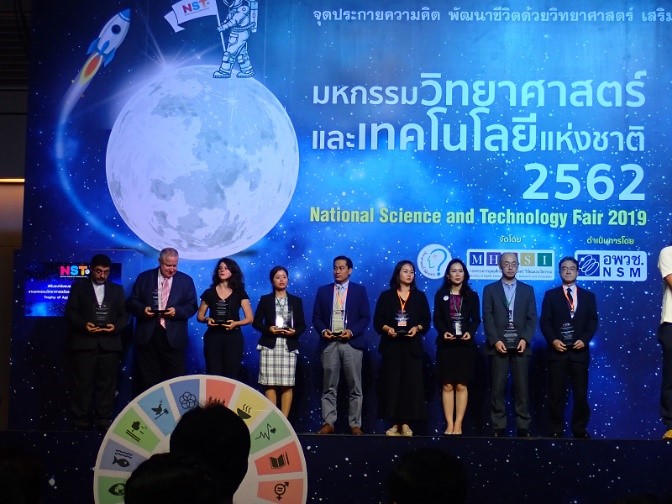 Awarding of trophy to participating organizations