Agriculture is by far the largest consumer of the Earth’s available fresh water (about 3.9 x 10 billion ton per year). Seventy percent of freshwater withdrawals from surface water and groundwater sources are for agricultural usage. This volume is three times more compared to 50 years ago, in which 70% is consumed by Asian countries. With the increase in world population and the subsequent increase in cereal consumption, freshwater resources and global public goods should be conserved and sustainably maintained through development of effective utilization technologies and well-crafted regulations, especially in areas where resource availability is highly fluctuating.
In the Asia-Pacific region where water consumption is high, water resource areas can be characterized as dry or humid depending on rainfall.
We then selected the Philippines and Palau from the humid island areas, and Uzbekistan, North India and Vietnam from the dry and salinized areas.
In the humid island areas, a) we will assess a current status of water and material balance and ecosystem functions through monitoring of water, soil and nutrients within the watershed of Babeldaob island, Palau. The results will be utilized by simulating future scenarios of climate and land use changes in the region. A recycling system will be established to facilitate the reuse of deposited soil in the sedimentation basin of the purification plant, which will be built and enable the estimation of water and nutrient balances. As next step, b) we will develop a cropping system that reduces soil and nutrient loss into the river. A land management system will be developed through utilization of local resources such as crops, fruit trees, and marine and forest products. Furthermore, c) we will develop a sustainable crop cultivation system that can reduce nutrient leaching to underground and holds promise for a sustainable crop production through application of simulation model that analyzes solute dynamic between soil and crop in the Philippines.
In the dry salinized areas, d) we will apply a low-cost subsurface drainage technology (which was developed in the multi-purpose paddy fields of Japan) to Uzbekistan and North India. Soil and water management methods will be developed for salt-affected fields where salt and soil moisture often fluctuate under dry conditions. Research knowledge on supplemental subsurface drainage will be applied for the development of a low-cost technology. In addition, an adaptable irrigation technology will be applied on the improved field drainage. Regarding the development of salt-tolerant crops for salt-affected lands in South Asia, e) we will cross Ncl, a salt tolerance gene developed by JIRCAS, into local soybean strains, and backcross them for several generations. Locally adopted salt-tolerant soybean strains will be developed through screening in the local field conditions of India and Vietnam. 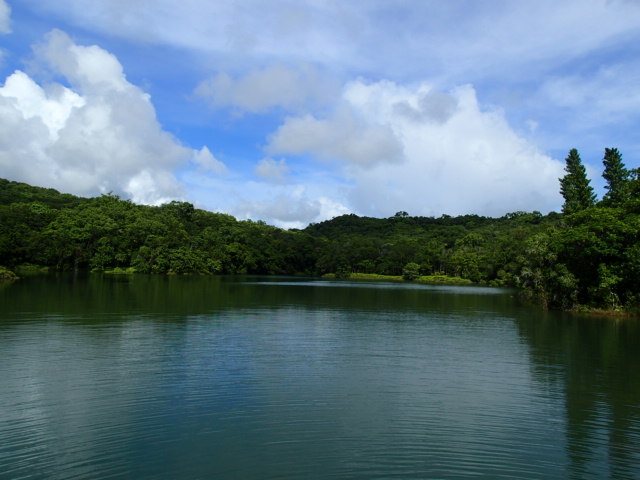 A water reservoir in Babeldaob island

Contamination due to sedimentation and mineral salt buildup is a concern in a water reservoir in Babeldaob island, Palau 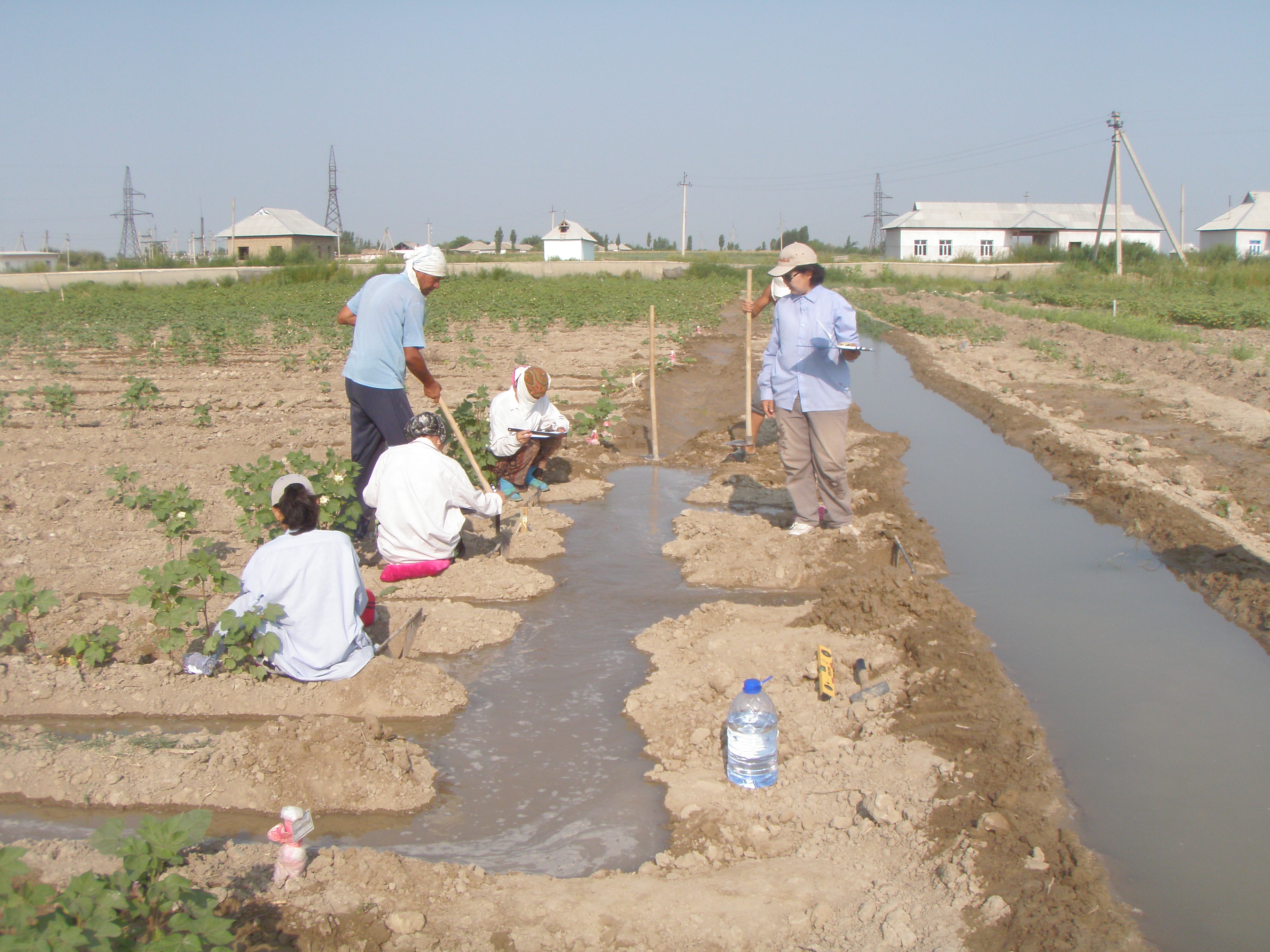 An irrigation and drainage experiment in Uzbekistan 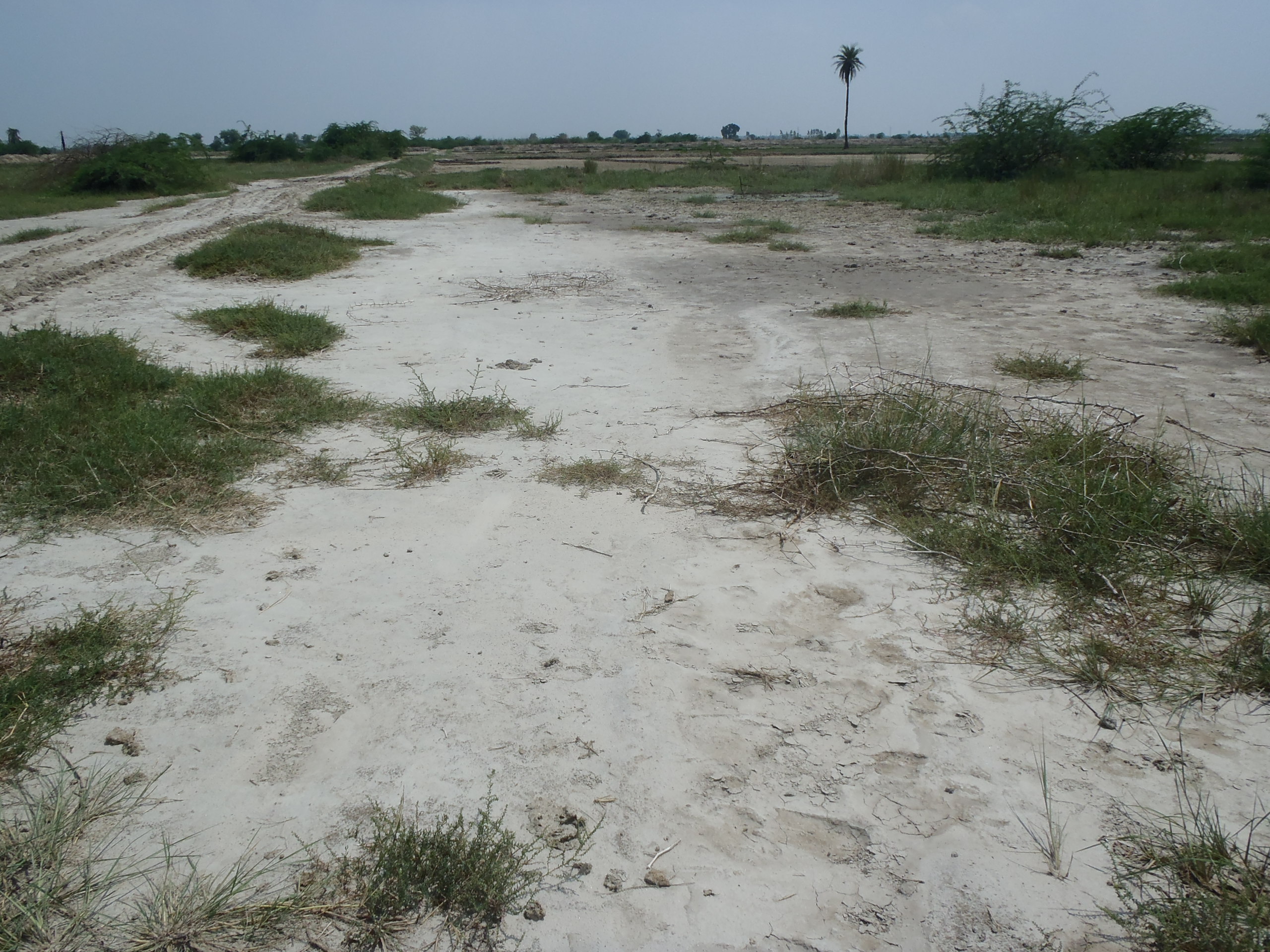