238. Development of Functional Foods from Agricultural Products in East and Southeast Asia 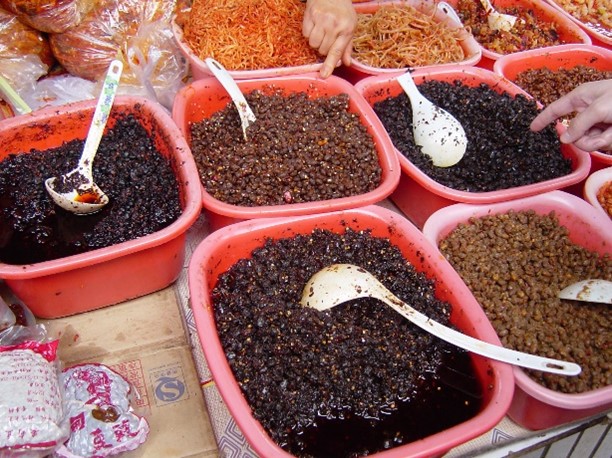 Regional food resources in Asia
Many regional food resources such as traditional agricultural, forestry and fishery products and traditional fermented foods can be found in the East and Southeast Asia regions, and many of them can be used as raw materials for functional foods1 and new processed foods. In addition, processing technologies are commonly used such as traditional food fermentation in each region, and by clarifying their characteristics, it is possible to spread better manufacturing and processing technologies to other regions. On the other hand, among traditional foods produced from local raw materials, manufacturing methods and  fermentation microorganisms, previously unknown functional ingredients1 may be discovered which may lead to further development of the local agriculture and food industry.

Development of enzyme measurement technology
Functional ingredients contained in various foods exert their effects by acting on enzymes in the human body. For example, a component that lowers blood pressure binds to an enzyme that regulates blood pressure, strengthening or weakening its function. Therefore, human enzymes are artificially synthesized so that the presence of functional ingredients in food can be measured in the laboratory. However, in the case of angiotensin-converting enzyme 2 (ACE2)2, it was not possible to synthesize the enzyme in Escherichia coli. Therefore, in collaboration with the Akita Research Institute of Food and Brewing (ARIF), we discovered an enzyme (B38-CAP) that has an action similar to that of human ACE2 from microorganisms in the Shirakami-Sanchi, and succeeded in mass production of the enzyme using E.coli. In addition, as a result of joint research with Akita University and others, injection of B38-CAP into mice showed effects such as lowering blood pressure and recovery from symptoms of heart failure, similar to injection of ACE2. These results clearly showed that B38-CAP can be used as an alternative to ACE2.

Search for unknown functional ingredients
In the Asian region, recent economic development has raised health awareness and increased interest in healthy foods and agricultural products. Using the new enzyme measurement method we have developed so far, we would like to search for functional ingredients from various foods and agricultural products in the East and Southeast Asia regions and to develop functional foods that are useful for people's health.

2. Human angiotensin-converting enzyme 2 (human ACE2)
An enzyme that breaks down angiotensin II, a hormone that raises human blood pressure, and lowers blood pressure. It also helps in improving recovery from heart failure and suppresses inflammation of the lungs.