486. Distribution of Stalks for Seeds of a New Sugarcane Variety “Harunoogi” Bred by JIRCAS and NARO to Farmers 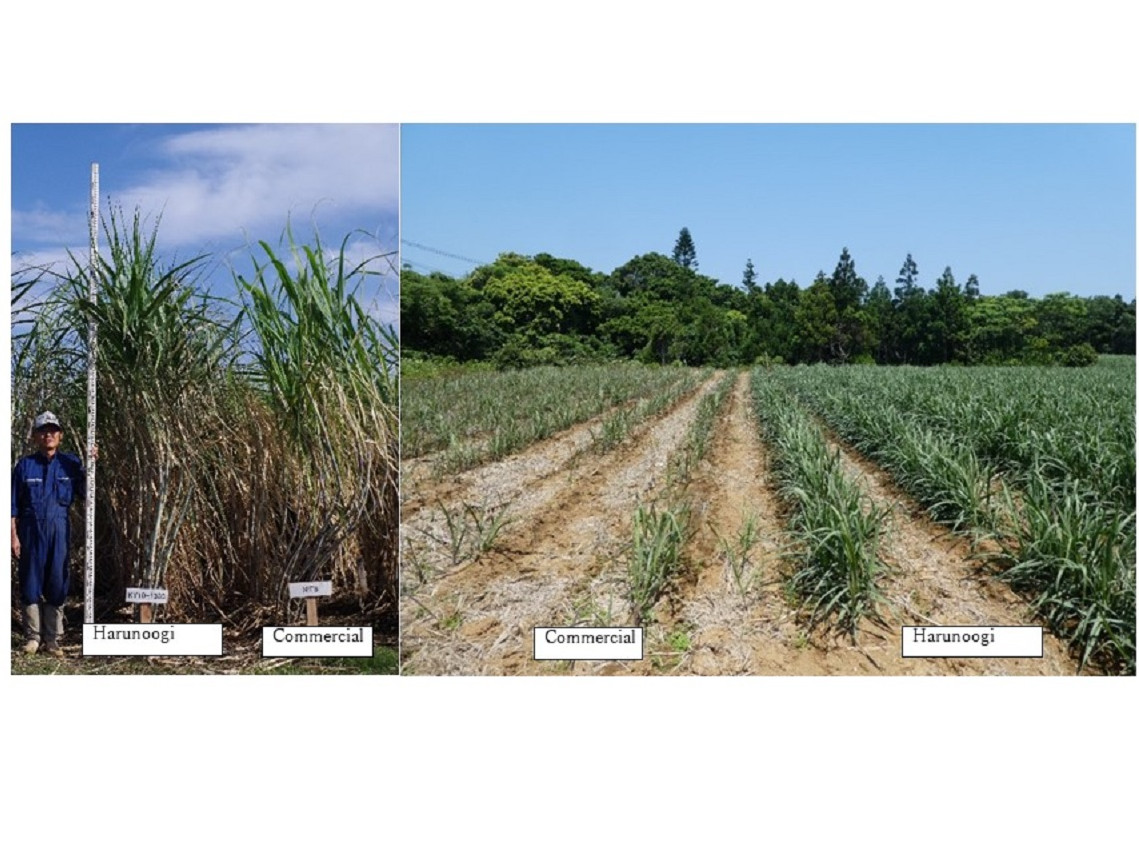 Sugarcane (Saccharum officinarum L.) is an important crop for food and energy production in the world, producing about 80% of the world's sugar and 40% of the world's bioethanol. In Japan, it is cultivated as a key crop in the Nansei Islands and plays an important role in maintaining domestic self-sufficiency in sugar and the society and economy of the region.

The Japan International Research Center for Agricultural Sciences (JIRCAS) is conducting sugarcane research to develop breeding technologies and new cultivars by using wild germplasm in order to improve tolerance to adverse environments and productivity of sugarcane, with the aim of contributing to global food and energy production and sustainable development of the Nansei Islands in Japan.

Ratoon cropping of sugarcane is the practice of cultivating the regrowing stalks from underground stubbles after harvesting the above-ground parts. Since the stalks that regenerate from the stubbles can be harvested, planting is not necessary, and the production costs and energy input for cultivation are low. Therefore, it is important for sugarcane production to have high productivity under multi-ratoon cropping. However, due to the severe natural environment in the Nansei Islands, such as low temperatures in winter, drought, and typhoons in summer, the number of stalks in ratoon crops is small resulting in lower yields and fewer repeated times of ratoon cropping. Furthermore, with the rapid increase of machine harvesting areas in recent years, there is concern about yield loss due to decreasing number of stalks in ratoon crops caused by pulling out and trampling of stubbles during harvesting.

In order to overcome this situation, JIRCAS and NARO have jointly registered a new sugarcane variety, "Harunoogi," bred by interspecific hybridization with wild sugarcane, S. spontaneum. (https://www.jircas.go.jp/ja/publication/research_results/2019_b06). “Harunoogi” has the good characteristics of S. spontaneum, producing many stalks and excellent regrowth ability from underground stubbles. Because of its vigorous regrowth ability, it can produce extremely large number of stalks in ratoon cropping, and resulting in nearly 1.5 times higher millable cane and sugar yields than commercial variety (Hattori et al. 2021). In addition, it can be adopted for machine harvesting and is expected to increase repeated times of ratoon cropping since it shows vigorous regrowth ability even after mechanical harvesting.

To start the commercial cultivation of “Harunoogi”, the distribution of stalks for seeds to the sugarcane farmers in the Kumage and Amami regions of Kagoshima Prefecture has begun in February 2022 (https://www.naro.go.jp/publicity_report/press/laboratory/karc/151342.ht…). The widespread use of this variety in the regions where sugarcane yields have been declining is expected to increase production by improving productivity through ratoon cropping.