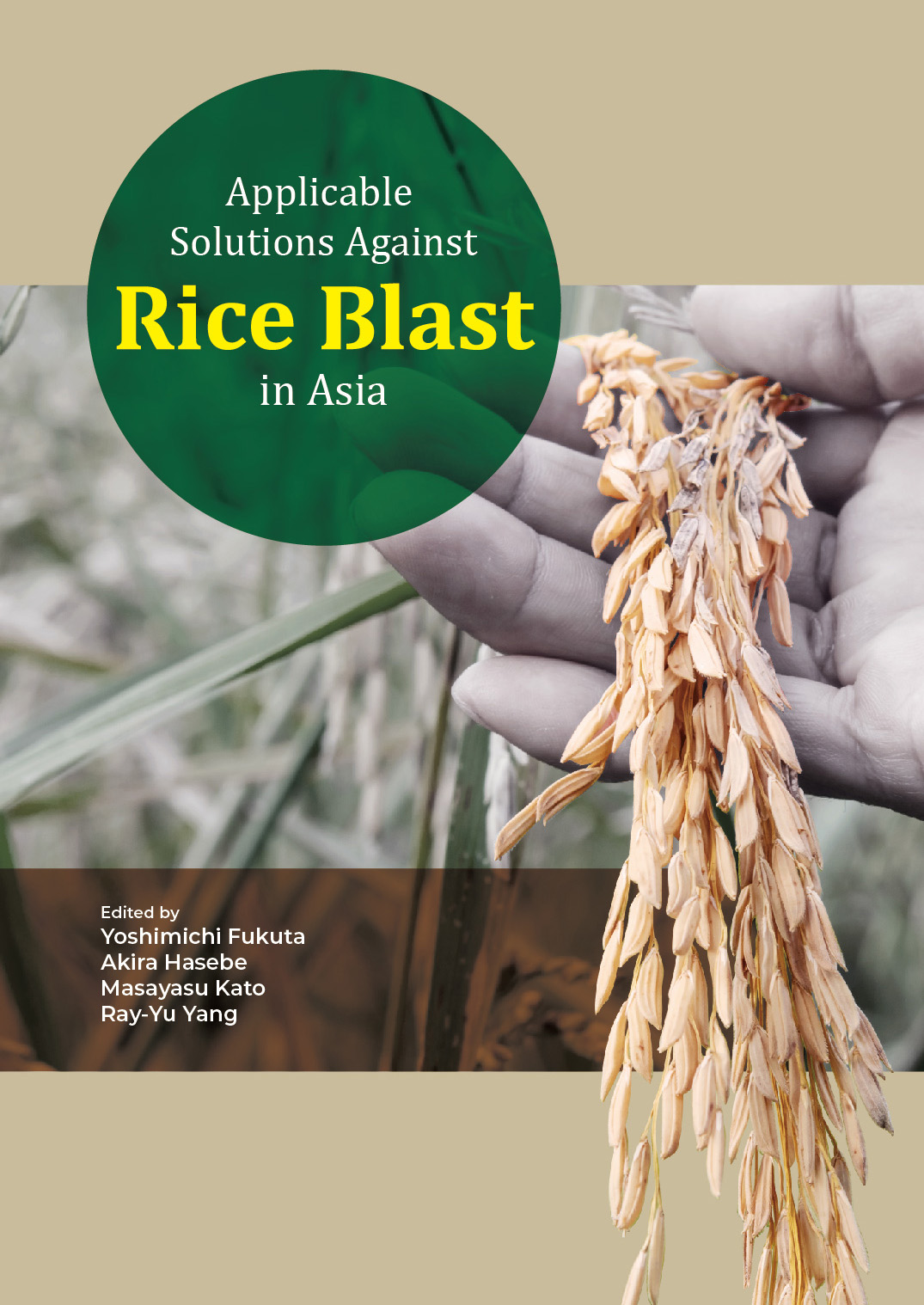 Rice blast is one of the most damaging and important diseases that occur in all regions from tropical to temperate zones where rice is grown. Since 1970, with the spread of modern improved varieties and the continuous cultivation of a single variety over a large area, rice blast outbreaks have also become more prominent. It is estimated that the disease affects 1% of rice production in each year and costs as much as US$2 billion annually. Many studies have been conducted over the years, and molecular biological approaches have recently revealed the pathogenicity of blast fungal races and the mechanisms of resistance in rice. However, a control technology that can be used by poor farmers in developing regions has yet to be developed. In 2006, JIRCAS in cooperation with the International Rice Research Institute (IRRI) in the Philippines and other organizations, launched an international rice blast research network so that the results of various studies can be used for developing control technology in the field.

This research network has aimed to develop, disseminate, and utilize a differential system to evaluate the pathogenicity of rice blast fungus races and resistance of rice cultivars. As a result, research to elucidate the distribution of blast races and genetic variation in rice resistance, as well as breeding using field resistance genes, are being undertaken. In addition to these achievements, JIRCAS and FFTC jointly organized an international workshop on September 18, 2020 to exchange information on the problems and current status of blast research in the Asian region and to discuss future directions in blast research. The workshop was held online due to the COVID-19 pandemic.

The proceedings of the workshop have now been published and can be downloaded by registering at the FFTC website. This proceedings is a compilation of the research information and methods discussed in the workshop towards the development of stable pest control technology.