The International Workshop "Applicable Solutions Against Rice Blast in Asia" co-organized by JIRCAS and the Food and Fertilizer Technology Center (FFTC) was held on September 18, 2020. Due to the influence of COVID-19, it was held as an online conference with JIRCAS as the main venue.

The International Workshop "Applicable Solutions Against Rice Blast in Asia" co-organized by JIRCAS and the Food and Fertilizer Technology Center (FFTC) was held on September 18, 2020. Due to the influence of COVID-19, it was held as an online conference with JIRCAS as the main venue. The workshop focused on discussions on the recent advancement in rice blast research, the achievements of the Rice Blast Research Network conducted by JIRCAS since 2006, and the direction of future research using those research results and genetic resources.

This workshop was the first large-scale online international conference of JIRCAS, with 100 online participants and 16 on-site participants from 18 countries and regions. In the opening ceremony, JIRCAS President Dr. IWANAGA Masa and FFTC Director Dr. Su-San Chang expressed the importance of rice blast research and the significance of this workshop on behalf of the organizers. Then the Director of International Research, Agriculture, Forestry and Fisheries Research Council Secretariat, Ministry of Agriculture, Forestry and Fisheries (MAFF), Mr. HONJO Hiroshi, emphasized the role of joint research on cross-border pests and expressed his expectations for the workshop.

In the keynote address, Dr. FUKUTA Yoshimichi of JIRCAS gave an overview of the International Rice Blast Research Network and introduced the genetic resources that can be used for future research. The presentation also tackled the importance of the differential system in elucidating the pathogenicity of blast races and resistance of rice cultivars, elimination of highly pathogenic blast races using genetic diversity, breeding materials with field resistance gene, and the use of multiline varieties which could lead to the development of control technologies that meet the needs of farmers.

In the second session, representatives from FFTC member countries such as Malaysia, South Korea, Thailand, and Taiwan reported on the current state of blast disease and variations in blast races. The importance of using the differential varieties jointly developed by the International Rice Research Institute (IRRI) and JIRCAS has been reconfirmed, and the virulence gene analysis has revealed a low frequency of isolates capable of infecting the resistance gene Pi9(t) based on the research results from Thailand and Taiwan.

In the third session, representatives from the countries participating in the International Rice Blast  Research Network gave reports on blast studies using the differential system. The presentations focused on genetic variations of  blast races and rice varieties in each region as well as the development of breeding materials using field resistance genes. The discussion confirmed the high risk of developing pathogenic strains in the Pik locus multiple alleles. On the other hand, it was confirmed that there was a few pathogenic strains against the multiple alleles of the Piz locus, especially Pi9(t). However, a panelist stated that the outbreak of blast race virulent toPi9(t) has been already found in Bangladesh and India. In addition, it was confirmed that the Standard Material Transfer Agreement (SMTA) etc. could facilitate to exchange breeding materials with field resistance gene and that future joint research will be developed in consideration of commercial profit sharing.

In the closing address, FFTC Deputy Director Dr. HASEBE Akira expressed the summary of the entire workshop and the importance of promoting continuous research, and announced future plans such as publication of presentations and proceedings of the workshop. 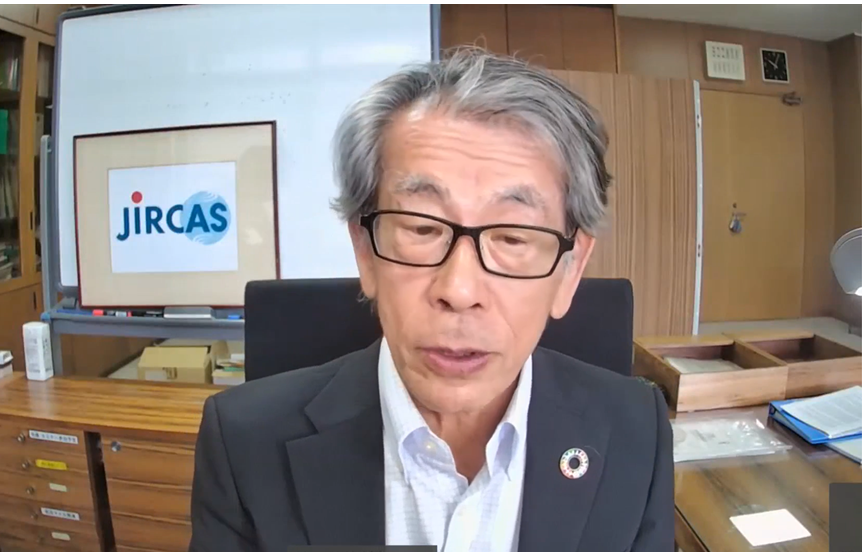 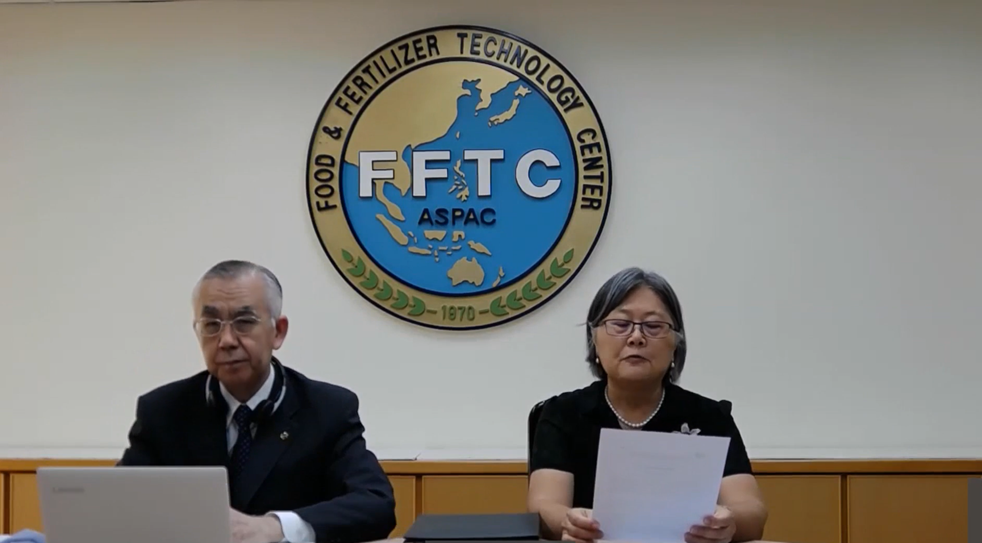 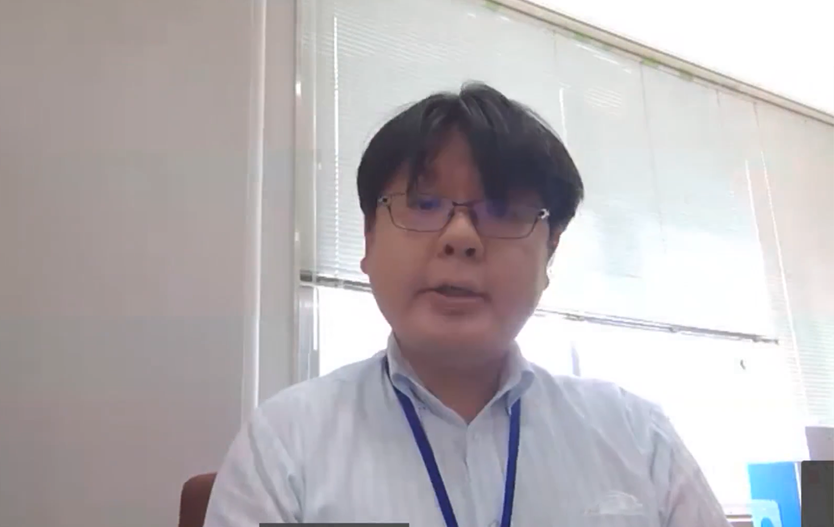 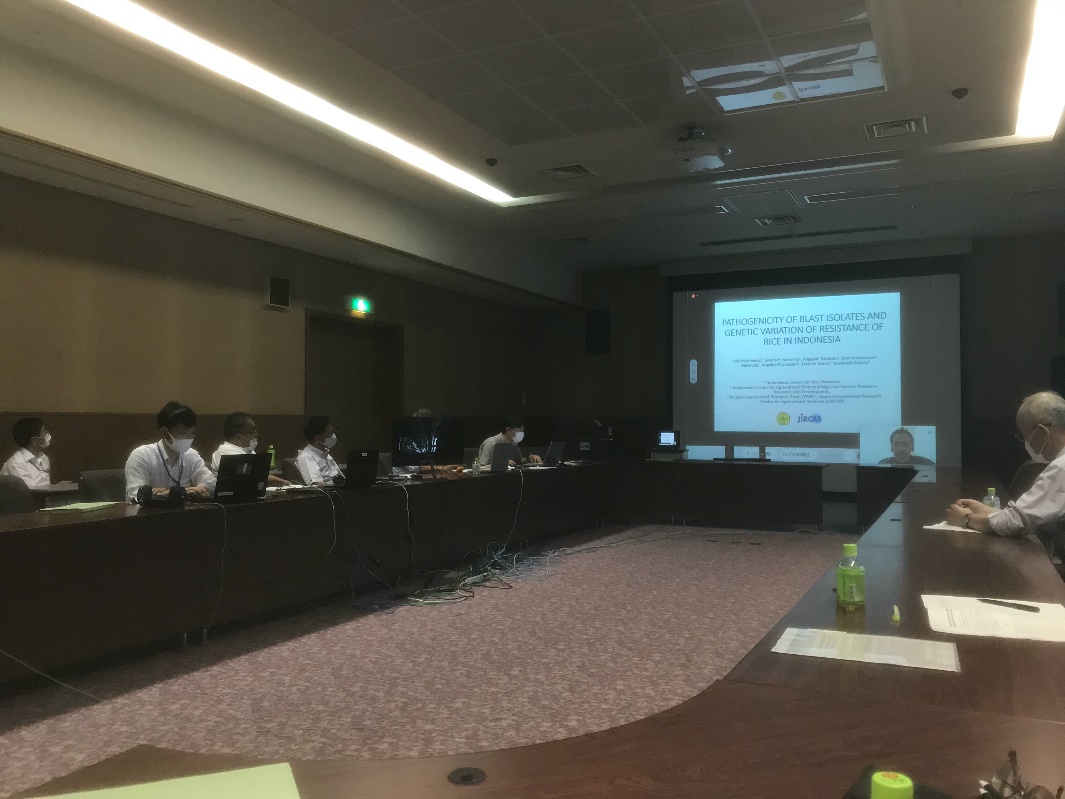 On-site venue of the international workshop