The program of rice genetic improvement has been focused on developing varieties with good taste while well adapted to specific local climatic and weather conditions, given its varied agroecologies extending from north to south in Japan. Although Japan is highly dependent on imported foods on a calorie basis, it has achieved almost self-sufficiency in rice production. There has been a growing effort in recent years to develop the export market for rice by promoting its good taste (MAFF website). On the other hand, the growing influence of global warming and increasing frequencies of extreme weather events have raised serious concerns of the deterioration of both rice quality and yield in the future with the increased observations of poor grain quality among conventional varieties due to high temperature at the ripening stage across various parts of Japan, (NARO Technical Report No.4, 2020). Given increasing climatic animalities potentially affecting the rice industry in Japan, it is critical to enhance the rice germplasm collection and obtain information on rice genetic resources in the tropical and subtropical regions that can be useful in varietal improvement. On the other hand, most of the poor regions of the world are concentrated in the tropics where rice is also used as one of the staple crops. Aiming for stable rice production will greatly contribute to poverty alleviation and social stability in these regions, where Japan can play a strategic role to contribute to global food and nutrition security.

In order to address the challenges in rice production due to climate change and to eliminate poverty in developing countries of the tropical region, it is necessary to establish an international cooperation for the conservation and use of genetic resources and breeding materials for important crops. JIRCAS, as an organization representing Japan to engage in international collaborative agricultural research with developing countries, is in the position to serve as a bridge in providing breeders and researchers with such breeding materials and information, in order to enhance the efficiency of breeding research in both Japan and its partner countries.

It is becoming important to set up clear rules and protocols to promote exchange of genetic resources to be used in breeding programs between/among research institutions in Japan and overseas, in order to maximize mutual benefits while not harming the interest of the country of origin. To this end, first of all, it is extremely important to secure widely available breeding materials and to develop a database for these materials.

JIRCAS is conserving about 2,000 rice germplasms and breeding materials provided by the International Rice Research Institute (IRRI) based in the Philippines, and national agricultural research institutes in developing regions. We have been collecting basic data such as heading date and yield under different environment in Ishigaki (sub-tropical) and Tsukuba (temperate) and promoting seed propagation and storage of these rice genetic resources. As examples of our collaborative research, we introduced chromosome fragments of Tropical Japonica Group upland rice varieties into the genetic background of an Indica Group rice variety IR64 (Fujita et al., 2009, Uddin et al. 2016), and obtained genetic information on rice germplasm collected from the Japan (Kawasaki-Tanaka and Fukuta, 2014), Myanmar (Wunna et al. 2016), West Africa (Objo et al. 2017), Bangladesh (Khan et al. 2017), Kenya (Fukuta et al. 2019), and Laos (Muto et al. 2019), Philippines and Indonesia. Many Indica Group rice varieties under the sub-tropical environment of Ishigaki show higher yield performances than those of Japonica Group varieties widely cultivated in the temperate regions of Japan. We are collecting data on morphological and physiological traits of these potential breeding materials to facilitate registration as new varieties. We are also participating in experimental trials to use one of the materials as a raw material for brewing of ‘Awamori’, a specialty of Okinawa. 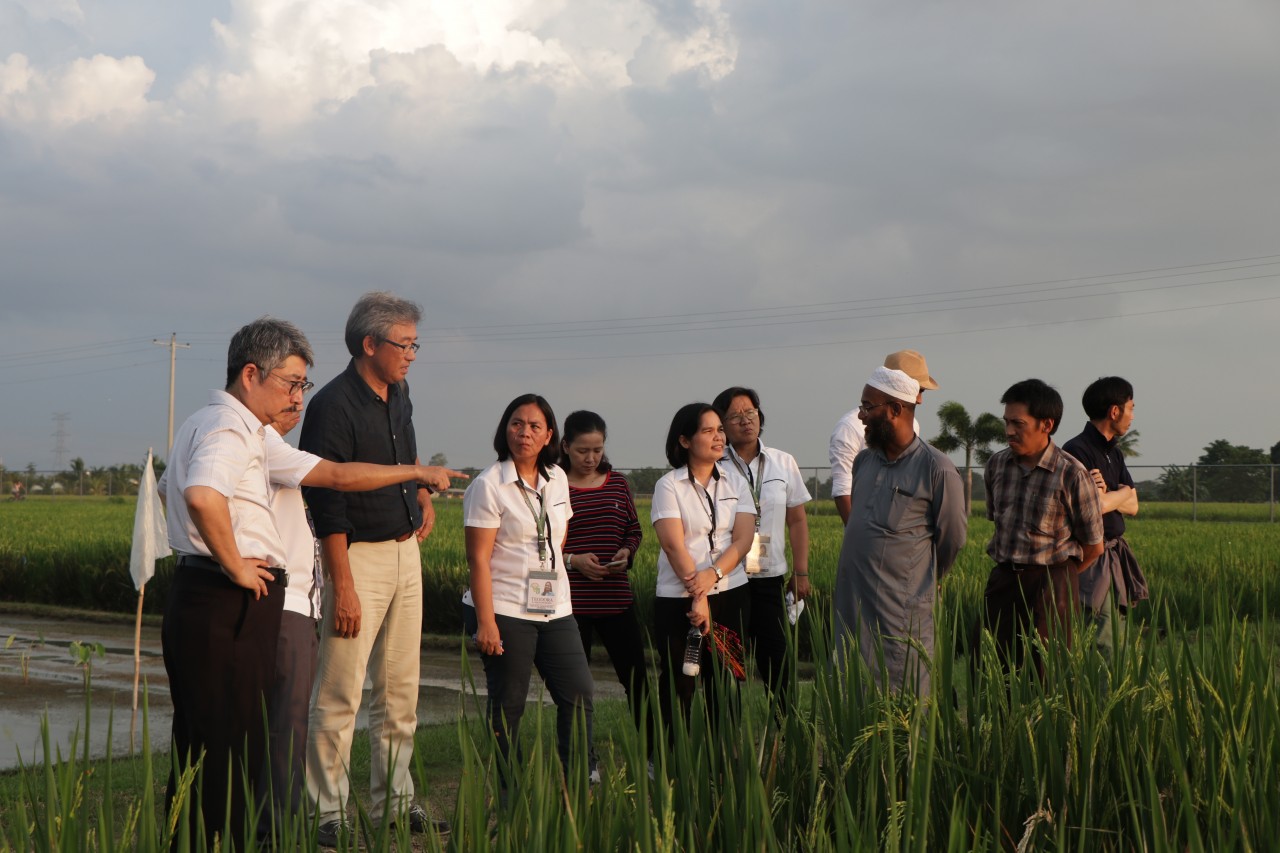 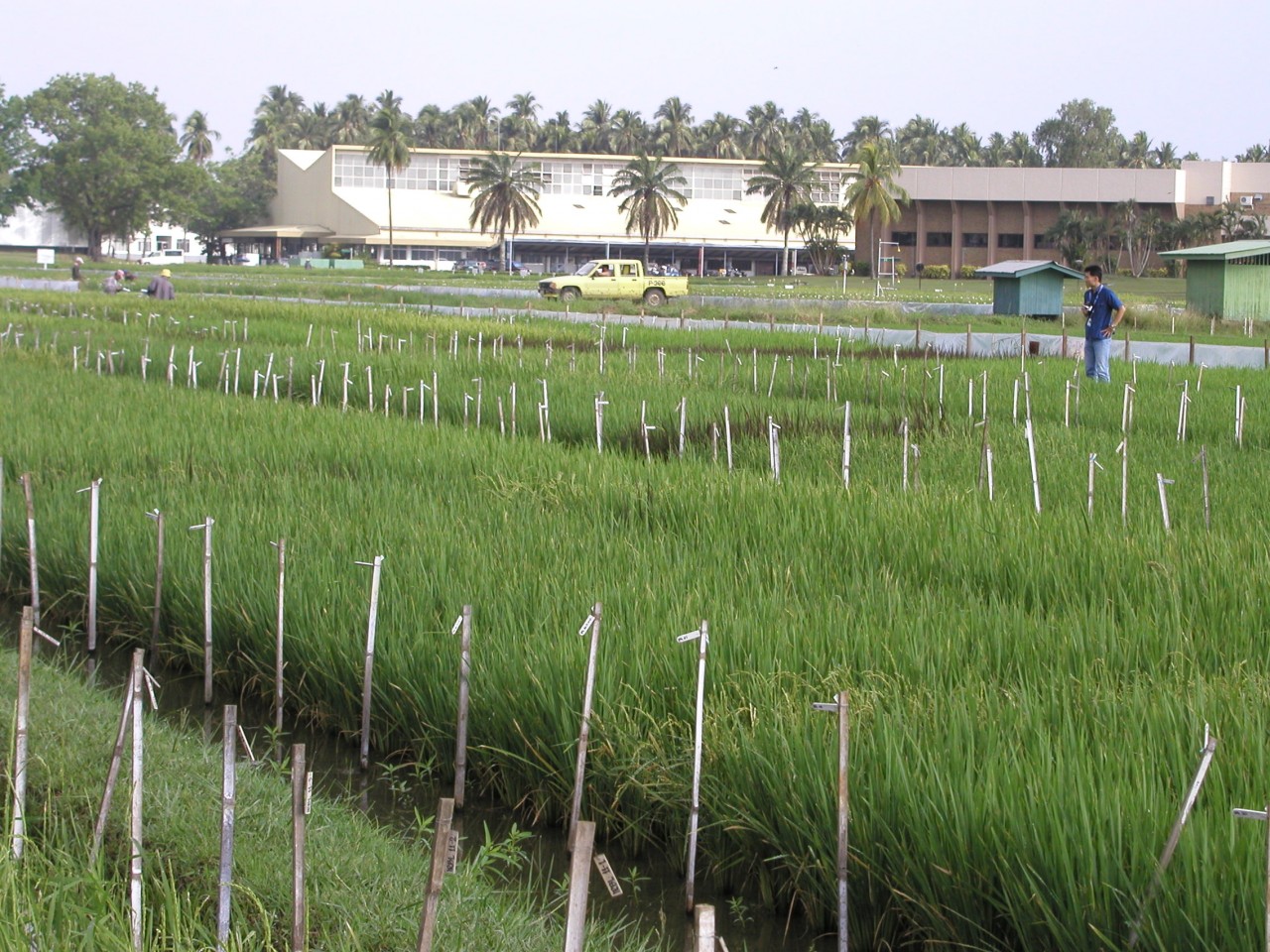