662. Extension of the Black Sea Grain Initiative and the FAO Food Outlook 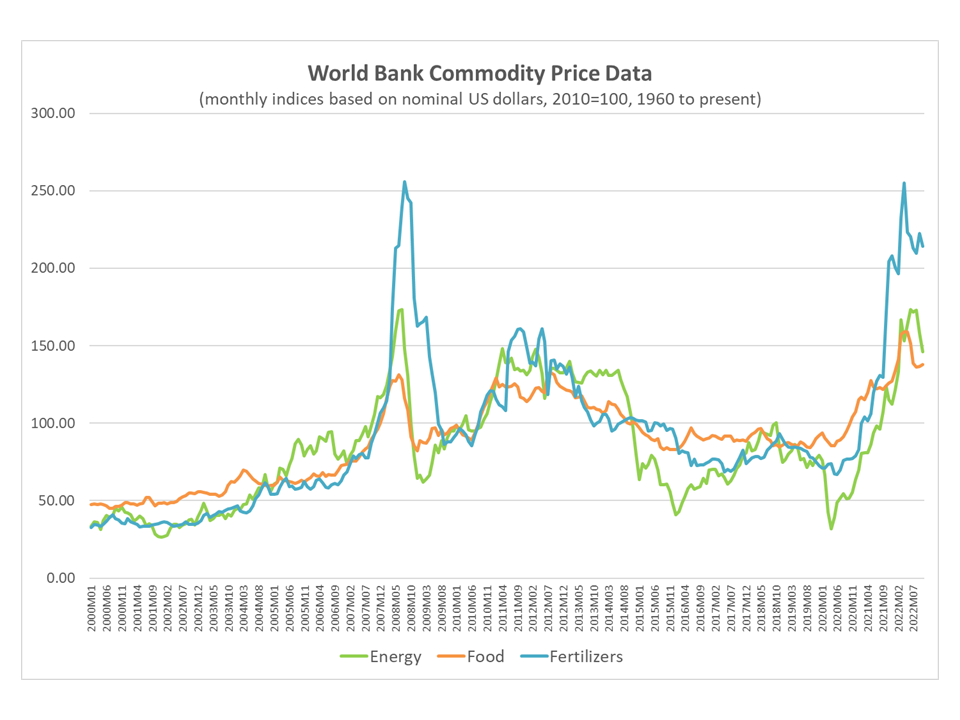 Since Russia's invasion of Ukraine, uncertainty surrounding the stagnation of food and fertilizer exports from the two major food exporting countries has caused food prices to soar in the first half of this year, affecting global food security.

The Black Sea Grain Initiative, a four-way agreement between the United Nations, Russia, Ukraine and Turkey that guarantees the export of Ukrainian grain via the Black Sea has resulted in 1.11 million tons of food shipments since July 12, when the agreement was signed. The agreement was set to expire on November 19, but on November 17, the UN announced that it would be extended for 120 days. Although Russia, which had been flirting with the possibility of withdrawing from the agreement due to attacks by Ukraine, has been the focus of attention, it is expected that a sharp rise in global food prices will be avoided for the time being.

Trends in food, fertilizer, and energy prices have a major impact on global food security via the food system.

The FAO Food Outlook, released on November 11, announced that global food import is estimated to rise to $1.94 trillion in 2022, higher than previously expected.

According to the Food Outlook report, although the rate of increase is expected to slow in the coming years due to high world food prices and the depreciation of currencies against the US dollar, the new estimate is a record high and 10% above the 2021 record, putting a strain on the purchasing power of importing countries. Most of the increase in imports will come from high-income countries, where import volumes are expected to rise in addition to world price increases. Economically fragile countries have been hit harder by high prices. While total imports from low-income countries are expected to remain about the same, import volumes are expected to shrink by 10%, and the possibility that these countries will face import access constraints raises concerns in terms of food security.

For example, Sub-Saharan Africa is projected to pay an additional $48 million for imports, while food imports are expected to decline by the equivalent of $700 million in terms of volume. Similarly, low-income countries' food imports are projected to shrink by 10% on a volume basis, while the value of food imports remains the same. This situation is nothing short of critical for food security.

The Food Outlook report notes that high-income countries will continue to import all food commodities, while developing countries will be limited to staple foods.

The report also assesses global spending on imported agricultural inputs, including fertilizer. Material imports are projected to reach US$ 424 billion in 2022, up 48% from the previous year, and 112% from 2020. Fertilizer and energy account for 90% of agricultural inputs, especially in low-income countries. Reduced fertilizer application in these countries could lead to a decline in agricultural productivity and a contraction of domestic food production. Headwinds for global agricultural food security are expected to continue into 2023.

The JIRCAS International Symposium 2022 “Artisanal Fisheries and Aquaculture in the Sustainable Food Systems" will be held tomorrow afternoon, Tuesday, November 22. Registration is closed, but the symposium will be streamed online on the JIRCAS YouTube site at a later date.