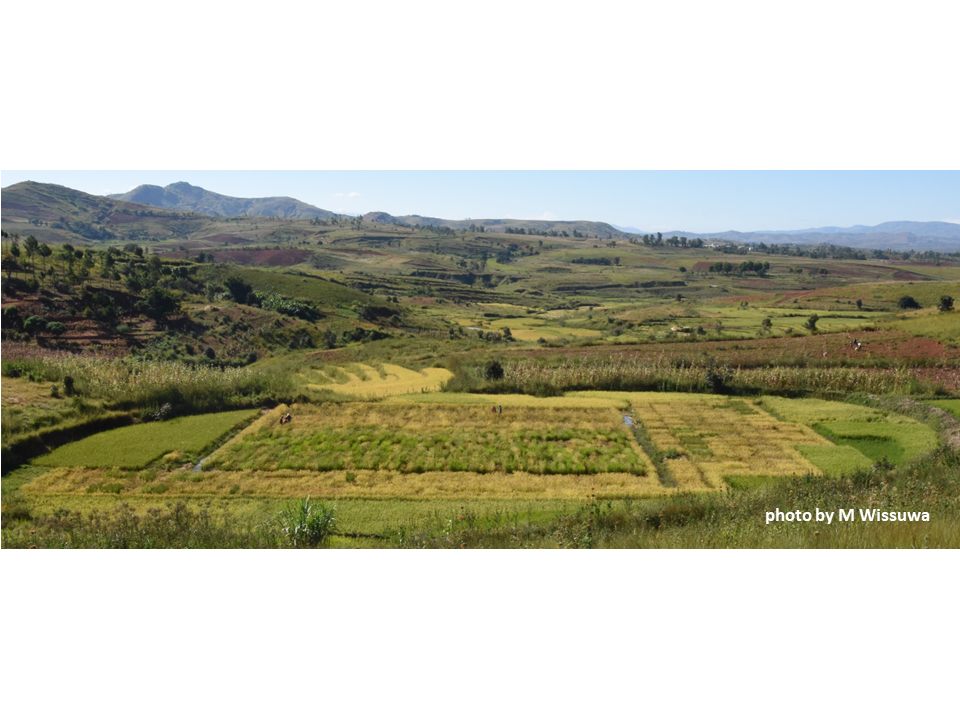 Zinc (Zn) is an essential element for plants and humans alike, as it is a component of thousands of enzymes and an important regulator of gene expression and protein synthesis. Zn malnutrition is a global health problem, particularly severe in infants, impairing immune system function, retarding infant development, and causing stunting as the most visible symptom. Alleviating human malnutrition of Zn is one of the top priorities of the Sustainable Development Goals (SDG 2.2). The approach of growing crops with increased concentrations of Zn, Fe, and provitamin A carotenoids in their edible parts is called biofortification. Crop biofortification is considered a very efficient tool to alleviate micro-nutrient malnutrition in rural communities.

Madagascar remains a low-income country and malnutrition is common. In rural areas, 50% of children suffer from stunting and are underweight, one of the highest rates in the world. The central highlands have the highest level of stunting (60%), and a recent study by the Japan International Agricultural Research Institute (JIRCAS) and local partners estimated that 80% of the population consumes inadequate amounts of Zn. Rice is an integral part of the Madagascar diet, eaten three times a day, accounting for 50% of daily caloric intake, with per capita consumption estimated at over 136 kg per year. With such a preeminent position in the food supply, rice is an important target for intervention.

Because the Zn concentration in polished rice is usually too low to provide a sufficient proportion of the daily Zn intake, Zn deficiency is widespread in households where rice is the staple food and where people cannot afford to diversify their diet by adding mineral-rich fruits, vegetables, and meat. To overcome this deficiency and significantly improve Zn malnutrition, rice Zn concentrations must be increased by 50% or more. Therefore, developing rice varieties with higher rice Zn concentrations remains an important global goal and a low-cost, long-term solution to the persistent problem of Zn malnutrition.

JIRCAS, in collaboration with the National Center for Applied Research for Rural Development in Madagascar (FOFIFA), the University of Tokyo, Flinders University, Australia, and CIRAD, France, examined genotypic variation for grain Zn concentrations present in rice genebank accession from the International Rice Research Institute (IRRI). A set of 253 rice accessions was grown in two fields in Madagascar and rice Zn concentration and grain yield were measured. This data was used in genome-wide association studies (GWAS) to identify the underlying genetic factors, of which eight were identified. The most influential locus on chromosome 11 increased grain Zn concentration by 15%. In addition, a genomic prediction model was developed based on the training set of 253 accessions and this was used to predict grain Zn concentration for all 3000 sequenced rice genetic resources available at IRRI.

Results indicated that genetic resources belonging to the aus subspecies of rice had highest predicted rice Zn concentrations, and this was confirmed in follow-up field experiments. Some aus accessions had more than 40 ppm Zn in their grain, compared to only 17 ppm Zn in the local standard variety. Highest Zn concentrations achieved by accessions of the indica and japonica subspecies were in the range of 30 ppm Zn. We concluded that using high-Zn aus accessions as donors in combination with genomic selection is the most promising breeding approach to improve grain Zn levels in rice. The results were published in the international journal Theoretical and Applied Genetics under the title Genomic prediction of Zn-biofortification potential in rice gene bank accessions.