535. Realizing Earth-friendly Agriculture with the Power of Microorganisms 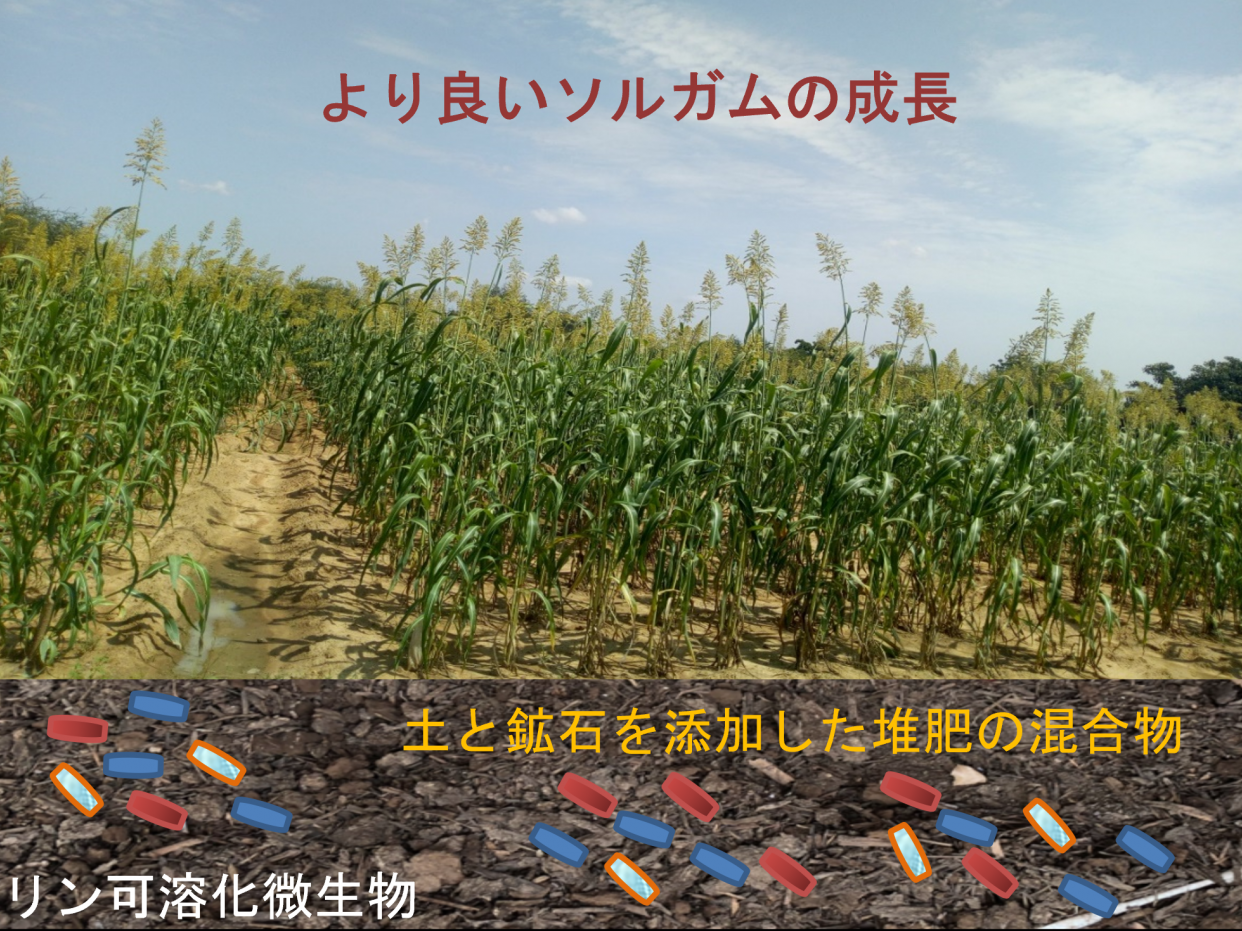 The JIRCAS Online Open House 2022 was held last month. The mini-lectures by research staff are archived on our YouTube channel. Today, we would like to introduce the mini-lecture entitled Realizing Earth-friendly Agriculture with the Power of Microorganisms.

Feeding the world population is becoming more than a challenge nowadays and in the future in the context of rapid and continuous population growth. According to the United Nations report (2019), the actual world population of 8 billion is expected to reach 9.5 to 12.5 billion people in 2100, among which 70% will be Asians and Africans. WFP report (2018) clearly showed that the number of hungry people is hugely higher in the two densely populated continents (Africa and Asia). To increase food production worldwide, various agricultural practices, including the heavy use of chemical fertilizers to improve soil fertility and land productivity and land clearly (deforestation) to increase cultivable areas, are put in place. However, the consequences are that, although such practices can improve agricultural production, adverse side effects such as loss of biodiversity and pollution of terrestrial and groundwater are observed. Particularly, nitrogen fertilizers, mainly formed of ammonia (NH4), undergo a series of transformations in the soil to produce nitrate (NO3), an unstable nitrogen form that is either washed out to pollute groundwater or denitrified to yield nitrous oxide (NO2), a greenhouse gas, 300 times more potent than carbon dioxide (CO2). On the other hand, applied phosphorus fertilizers react with soil elements to form insoluble phosphorus compounds, which are difficult to absorb by plants and can also pollute soil through the eutrophication phenomenon. Therefore, the nitrogen and phosphorus load on the environment, as alerted by Rockström et al. (2009) in a report termed “Planetary boundaries”, are reaching the limits our planet can sustain and are part of the causes of actual environmental issues such as pollutions and global warming.

However, the diverse types of soil microorganisms, particularly those residing in the rhizosphere soil of plants, are of significant agronomic importance, significantly contributing to soil nutrient mobilization for plant uptake. Bacteria belonging to the rhizobia group perform symbiotic relationships with leguminous crops to fix the atmospheric nitrogen (N2), which they transform into ammonia (NH4/NH3) that is readily usable by the leguminous and associated non-leguminous crops, thus reducing the need for nitrogen fertilizer application. This nitrogen fixation is also found in non-leguminous crops such as rice. The unavailable phosphorus, tightly linked with soil elements, can be solubilized by the group of phosphorus-solubilizing bacteria and fungi (Sarr et al. 2020). These specific microorganisms, activated by metabolites in plant root exudates, release compounds of various natures, such as organic acids, acid and alkaline phosphatases, siderophores, phytases, etc. As a result, they solubilize or mineralize soil inorganic and organic phosphorus, respectively, to liberate phosphorus readily available to plants. The plant uptake of these nutrients is further enhanced by another soil fungal group called mycorrhiza. These fungi develop and spread long filaments into the more profound soil horizons to absorb and transport the phosphorus, nitrogen, and water to plants via complex connexion channels with plant roots. Therefore, agronomic practices where soil biological properties are improved by promoting the activity of beneficial microbes can concomitantly enhance crop production and reduce the dependence on chemical fertilizers while indirectly promoting earth-friendly agriculture. BNI (Biological Nitrification Inhibition) plants and their interaction with soil nitrifiers further reduce the emission of nitrous oxide.

The interactions between soil microbial communities and earth-friendly agriculture are explained in this mini-lecture.

Link: Realizing Earth-friendly Agriculture with the Power of Microorganisms