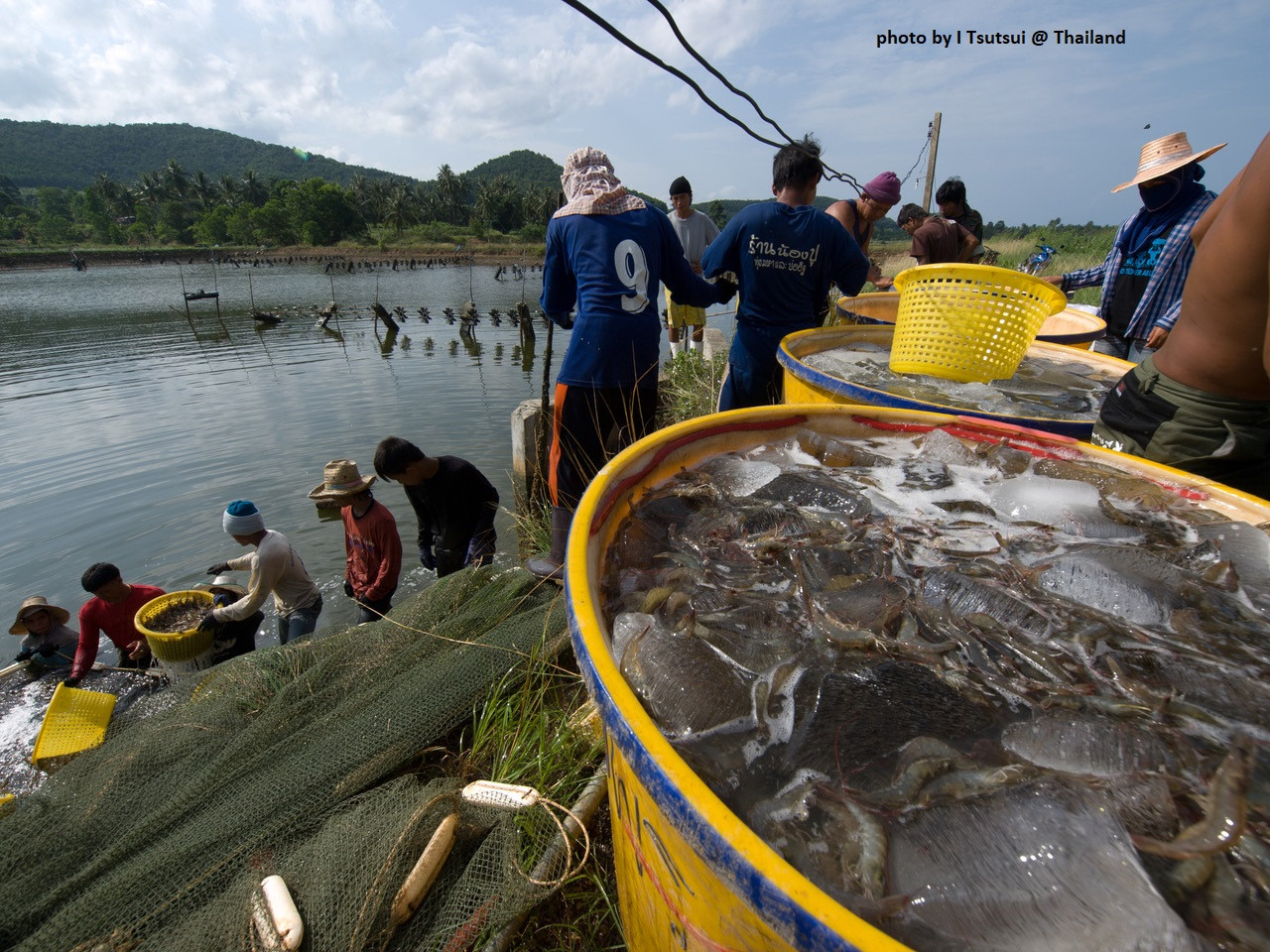 The Japanese people love shrimp (here we refer to “kuruma ebi” or tiger prawn), and in 2019 they consumed more than 230,000 tons of shrimp annually, making them the second largest consumer per capita in the world, after the United States. According to government statistics, about 70% of the shrimp imported to Japan comes from Southeast and South Asian regions such as Vietnam and India. Shrimp caught in these countries were exported until the 1980s, but since the 1990s, production has shifted mainly to aquaculture due to dwindling resources.

The year 2022 is the International Year of Artisanal Fisheries and Aquaculture (IYAFA 2022). The goal is to strengthen the interaction, enable stakeholders to take action, build new partnerships, and strengthen existing partnerships. In this Pick Up, we would like to introduce some less-known shrimp farming methods.

Shrimp farming methods, which currently account for the majority of shrimp imports to Japan, can be broadly distinguished into the following three categories.

Extensive shrimp farming: Simple aquaculture channels are constructed in a coastal area such as a mangrove forest, and at high tide, a sluice gate is opened and natural juvenile shrimp are introduced into the aquaculture channels. The sluice gate is then closed and the shrimps are cultivated. Because the shrimps grow on natural food, productivity is low, but low cost is a characteristic of this method. This method was widely practiced in the early days of aquaculture in Southeast Asia, but is rarely seen today.

Semi-intensive shrimp farming: This is a form of aquaculture that is a development of extensive shrimp farming. In semi-intensive aquaculture, large ponds are dug in mangrove forests, whereas in extensive aquaculture, only waterways are used. In this type of pond, natural juvenile shrimps are introduced and fed with artificial food in the morning and evening, or artificially produced juvenile shrimps are released and fed with natural food to grow shrimps.

Intensive shrimp farming: This method is a further development of semi-intensive aquaculture. Artificially produced juvenile shrimps are released at high density and fed with a large amount of artificial feed to grow shrimp. In Thailand, the Southeast Asian pioneer in shrimp farming, about 99% of shrimp production is now said to come from intensive aquaculture. However, because shrimps are raised by feeding them large quantities of feed, although productivity is high, water quality and other factors can easily deteriorate, and this aquaculture method has a high environmental impact and is prone to disease, making it a high-risk, high-return aquaculture method.

Unfortunately, just by looking at the package of shrimp sold in supermarkets and markets, it is impossible to know what kind of aquaculture method applied, even if the country of production is known. However, one thing we can say with certainty is that these shrimps are farmed with the utmost care by producers in Japan and abroad, and we should be grateful for these efforts.

484. Role of Fisheries and Aquaculture in Sustainable Food System https://www.jircas.go.jp/ja/program/proc/blog/20220224