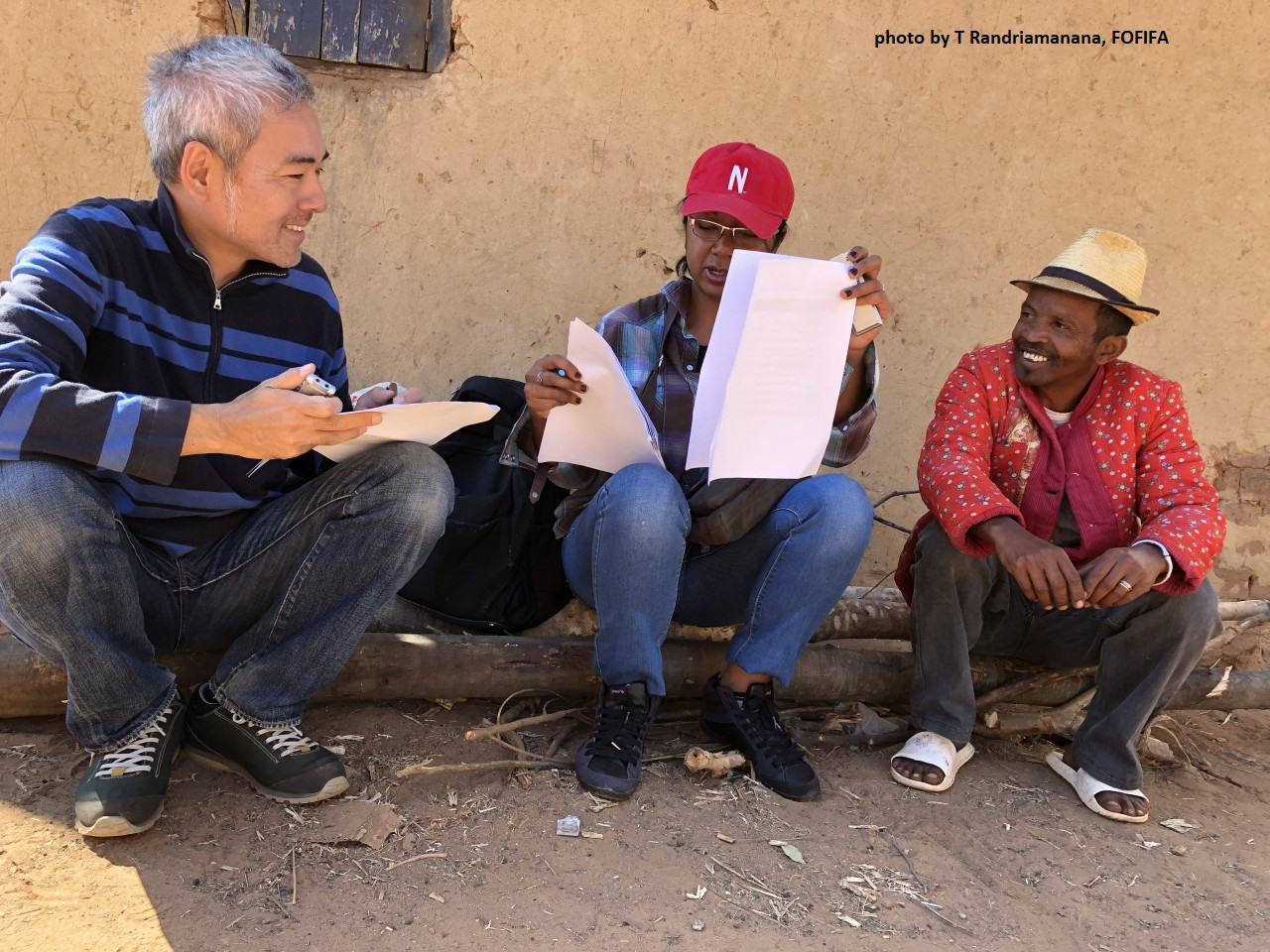 In the field of development assistance, psychological research, especially findings that lead to behavior change, has been receiving increasing attention in recent years, as evidenced by its full coverage in World Bank and UN report. This is because while it is important to develop superior technologies and knowledge, the diffusion of agricultural technologies is only effective if the target population changes its previous behavioral patterns and begins to use the new technology. JIRCAS is conducting the SATREPS Project for Breakthrough in Nutrient Use Efficiency for Rice by Genetic Improvement and Fertility Sensing Techniques in Africa (Fy Vary Project, 2017.5-2022.9) in Madagascar. In conjunction with this project, Professor SAYANAGI Nobuo of Yamanashi Eiwa University, who is well versed in psychological research in agricultural development in developing countries, is engaged in psychological research to identify factors for more effective agricultural technology diffusion.

Prof. SAYANAGI and his colleagues, in cooperation with the JICA technical cooperation Project or PAPRIZ, initiated this study by developing a method to quantitatively measure farmers' motivation to participate in rice farming training. There is no research so far on psychometric methods for poor people in developing countries, and until now, there was no evidence that the measurement methods used in high-income countries could accurately measure psychological concepts. Specifically, psychology often uses a method called the "Likert method," in which people are asked to respond to an opinion representing the psychological phenomenon being measured on a scale of 1 to 4. Likert scales developed in high-income countries have sometimes been translated and used in studies of developing countries, but there is no guarantee that the scale can be applied to the countries or regions with different cultures and customs. Therefore, in our Project, we started from the development of an applicable scale to the study area.

The study revealed that the Likert method commonly used in high-income countries is not effective for poor farmers in Madagascar. For example, all respondents gave the same answer to most of the questions, including a perfect score of "strongly agree" to the question "Do you attend this training because it is interesting?" which was intended to measure autonomous motivation for training. Since the primary purpose of a psychological scale is to reveal individual differences, a scale in which everyone gives the same answers is not useful. After this, the questions were revised four times in content and methodology, culminating in the final question, "How often do you attend this training because you find it interesting?" The survey found that individual differences could be adequately measured if the question was asked in the second person and the options were “always”, “often”, “not very often” and “almost never”. These results were published in the Japanese Journal of Personality.

Since psychological research in developing countries is expected to increase in the context of development assistance in the future, these results are expected to help develop more valid psychometric methods in the future. On the other hand, the results also serve as a warning against the easy use of translated scales, since they cast doubt on the findings of previous studies that simply translated psychological scales developed in high-income countries into local languages and used them.

In addition, the finding that there are situations in which the Likert method, which is widely used in psychological research, is not valid, has caused no small amount of shock in the psychological community. The importance of the field research conducted in Madagascar was also highlighted in an article in the public relations magazine of the Japanese Psychological Association (“No Explanation Necessary” by Prof. HIRAISHI Kai of Keio University) as a concrete example of the distortion of “taking one's common sense as the world's common sense”.