489. Substance from Maize that Makes the Earth Healthy

JIRCAS publishes a bulletin in Japanese called “Koho JIRCAS” which is also available on our website at https://www.jircas.go.jp/ja/publication/jircas. We introduce here an excerpt from the article “Substance from Maize that Makes the Earth Healthy” in the latest issue of the bulletin.

The human body (skin, hair, muscles, nails, etc.) is made up almost entirely of protein. The protein structure is a chain of nitrogen containing amino acids bound together. We can produce a variety of proteins in our bodies by eating crops and livestock grown by farmers. Furthermore, in order to increase the yield of crops and livestock feed (fodder) to support the ever-increasing population, it is necessary to apply nitrogen fertilizer into the soil. In other words, the body is made from nitrogen fertilizer.

It would be nice if all of the nitrogen fertilizer applied on farmlands could be used for crop growth. Unfortunately, only about 50% of the nitrogen fertilizer administered is absorbed by the plants. The other half is released from the farmland into the environments, such as the ground and air. Nitrification by soil microorganisms changes ammonia into nitric acid which leaves from the soil particles. The nitric acid that flows off farmland then contaminates groundwater. Furthermore, nitric acid is released into the atmosphere in the form of dinitrogen monoxide, which has a greenhouse effect 310 times greater than that of carbon dioxide.

Using advanced analytical instruments, we analyzed root samples collected from 857 maize plants and successfully identified two nitrification-suppressing substances, namely, zeanone and HDMBOA. We are currently continuing this research to determine whether these BNI substances from maize exhibit nitrification inhibition in soil. Ultimately, we would like to cultivate maize crops that produce high amounts of BNI substances worldwide, thereby contributing to solving environmental problems of agricultural origin, making the earth healthy, and leading to the happiness of mankind.

JIRCAS will continue to pursue and disseminate exciting research activities such as BNI research, and will collaborate and work as one! 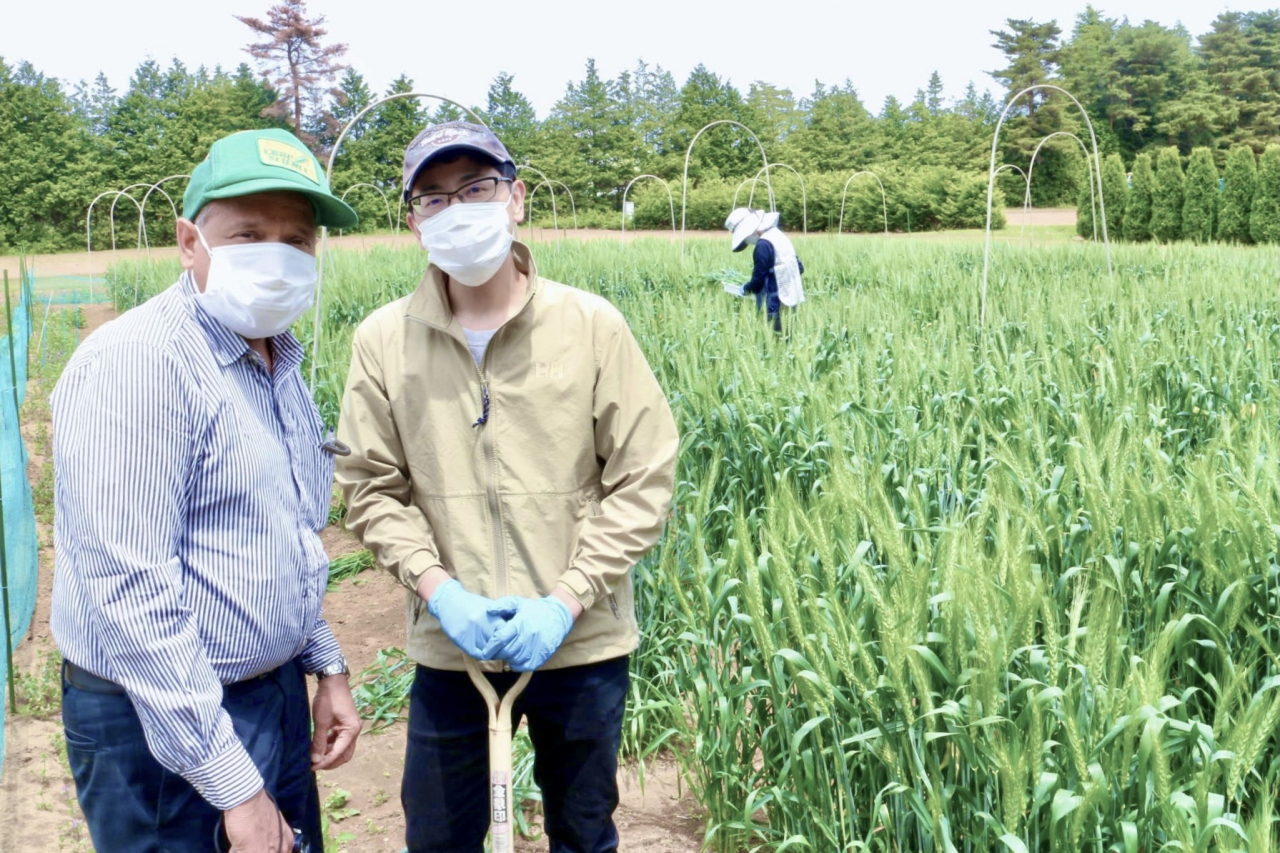