483. Soil Management Research as a Key to Agricultural Development in Africa 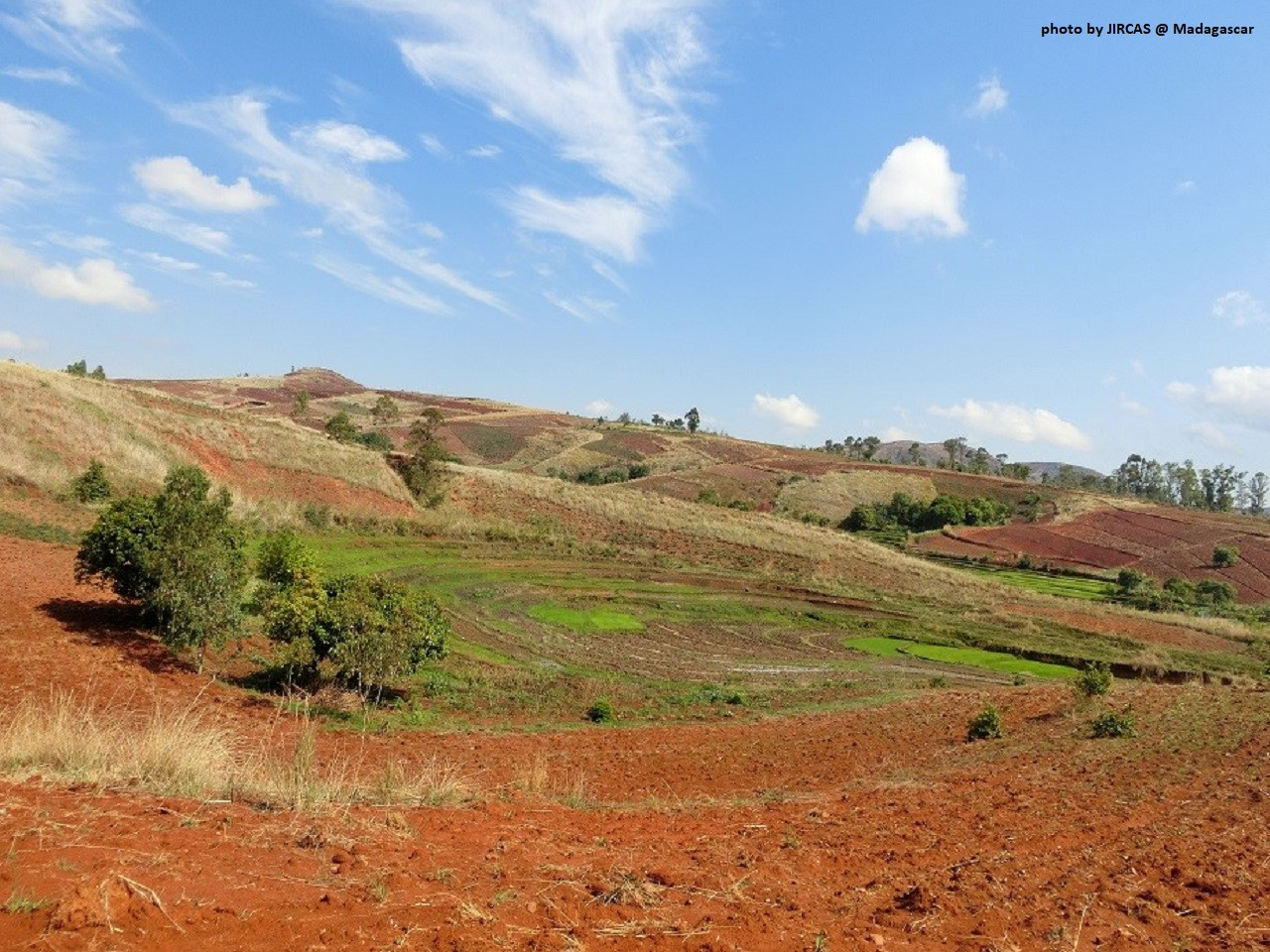 As TICAD8 is coming up this year, Japan’s guidelines for African development will be discussed, but it is also interesting what other countries are doing. The EU's strategy report on Africa released in February listed (1) health, (2) R&I (research and innovation) capacities, (3) technology and innovation, and (4) green transition as political priority areas for Africa-Europe cooperation policy. This article focuses on the green transition in Africa which is considered  as a central issue for agricultural development in Africa.

The report stresses the need for a green transition for inclusive and sustainable development in Africa, addressing the issues of water security, food security, energy security, climate change, loss of biodiversity and ecosystem services delivery. Africa still faces food security challenges and the importance of agriculture, especially in low-income countries, and it was emphasized that a strong and sustainable agriculture based on sound soil management will play a central role in addressing these challenges and achieving food system transformation and green transition. The development of such an agricultural model will require in-depth knowledge of how to deal with the rather contrasting agro-climatic and soil conditions in Africa, which are different from those in the EU.

Africa has the highest fertility rates in the world and is projected to double in population by 2050. This population pressure will overload already stressed ecosystems and may lead to land and environmental degradation. To feed the population, Africa's agricultural productivity must be doubled in the next few decades while conserving non-agricultural land, diverting nature to agriculture, and avoiding deforestation due to human activities.

Even though Africa and Europe share the common goal of making their agricultural systems strong and sustainable, there is a need to recognize that the conditions and solutions to get there are quite different. European soils are relatively young, having been formed less than 20,000 years ago, and the chemical composition of the soils is similar to that of the parent rock in both positive (nutrients) and negative (heavy metals) aspects. On the other hand, African soils, especially those in sub-Saharan Africa, are among the oldest in the world, having been formed millions of years ago. As a result, African soils are quite different from European soils. African soils are characterized by deep, acidic, high aluminum content with high phosphorus adsorption, and very low fertility. This soil environment is a major constraint for crop biomass production. It therefore requires different management practices from the relatively young and fertile soils of Europe.

Improving soil management for the green transition in Africa will require research and innovation. If aluminum toxicity is not properly addressed, fertilizer and carbon inputs to the soil will not allow crop roots to develop fully. In addition, the agro-climatic and soil conditions in Africa allow for faster cycling of carbon, nitrogen, and water than in Europe. As a result, the soil tillage also increases the outflow of carbon, nitrogen and water.

Currently, there is a debate in Europe to reduce or limit the use of chemical fertilizers, especially in young, high fertility soil conditions. In such high fertility soils, excessive application of fertilizers is associated with problems such as water pollution due to nutrient leaching from the soil. However, under the conditions of low soil fertility, such as in sub-Saharan Africa, the application of appropriate fertilizers and soil amendments is essential for the proper functioning of crop and microbial metabolism, and plays an important role in crop biomass (high yield), sustainable crop production, and food and nutrition security.

Over the years, JIRCAS researchers have also been working on fertilizer application and cultivation methods acceptable to farmers, improvement of cultivars, and fertilizer development based on the understanding of soil chemistry and physical properties that determine low agricultural productivity in Africa, using the approaches described below.

This is an international collaborative research project initiated in May 2017 with Madagascar as the implementing country. Using the knowledge accumulated by JIRCAS, we have achieved many results related to the issues mentioned above, such as the development of a simple evaluation method for soil nutrients, the development of fertilizer application technology that can efficiently improve rice yield with less fertilizer, the use of subsistence organic materials, and the development of new rice varieties with relatively high productivity even in nutrient-poor soil environments. In addition, we are actively working on the social implementation of the research results obtained in collaboration with government agencies and extension projects in the partner countries.

Since May 2017, we have been working in Burkina Faso as a target country, aiming for “local production for local consumption” of fertilizer. Burkina Faso has 100 million tons of phosphate rock, and one of our goals is to propose to the government of Burkina Faso a method for producing domestic phosphorus fertilizer that is inexpensive and highly effective in application. We have demonstrated in many field studies that the application effect of the prototype phosphorus fertilizer is almost equal to that of imported fertilizers. Finally, we plan to compile a proposal on how to utilize this valuable phosphorus resource in a comprehensive manner.

There is no one-size-fits-all approach to African agricultural development, but taking TICAD8 as an opportunity in addressing such issues, we would like to use Pick Up and other events to introduce the scientific approaches taken by JIRCAS on-site in Africa.

Reference
European Commission, Directorate-General for Research and Innovation, Recommendations on how to make R&I a driver for sustainable development in AU-EU relations, Temmerman, M.eds 2022, https://data.europa.eu/doi/10.2777/619331