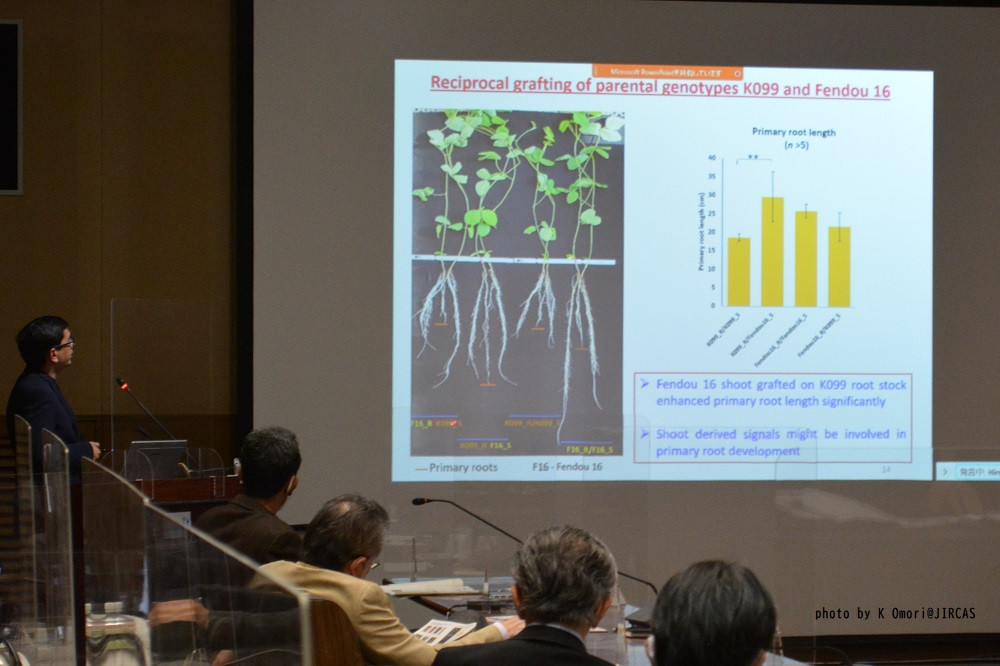 On this day in 1954, the Japanese government made a cabinet decision to join the Colombo Plan (see note) and began providing official development assistance (ODA) to developing countries. Since the following year, 1955, Japan has been providing technical cooperation by accepting trainees from overseas and dispatching experts. In 1987, the Ministry of Foreign Affairs of Japan and the Japan International Cooperation Agency (JICA) designated October 6 as "International Cooperation Day" to commemorate this event and call for public understanding and participation in international cooperation.

On March 10, 2019, we held the "Final Report Presentation of the 2019 JIRCAS Visiting Research Fellowship Program" where the researchers from China (2), India, Brazil, and Thailand who have been invited to JIRCAS since October 2019 presented the results of their research over the past year and a half. Through this fellowship program, we hope to further deepen our ties with the research institutions to which the fellows belong and promote joint research.