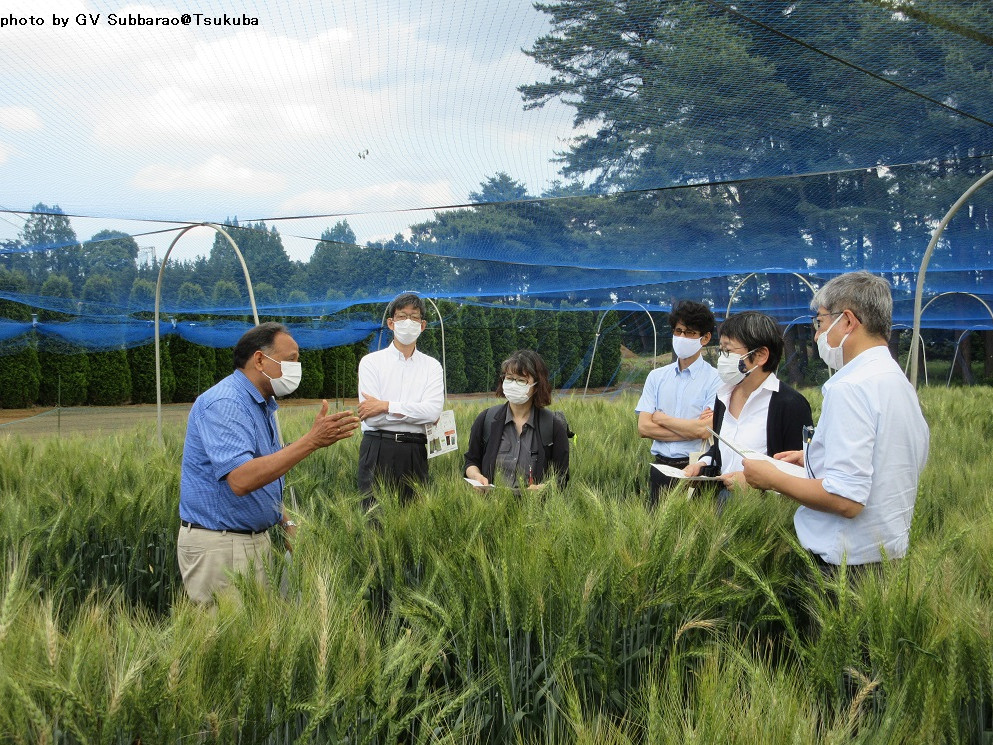 In August 2021, the IPCC AR6 WGI Report issued strong messages.It is now unequivocal that human influence is driving global warming, bringing widespread and rapid changes in atmosphere, ocean and land. These human-induced changes are causing climate extremes at an unprecedented scale across the globe.

The editorial in the September 17 edition of Science especially noted two stark findings of the IPCC Report – the potential irreversibleness of human-induced changes in the ocean and the Arctic on human time scales on one hand, and the increasing difficulty of limiting the warming to 1.5°C on the other, called for urgent global actions to reduce GHG emissions.

The international communities are urged to make bold commitments to reduce GHG emissions before COP26 in Glasgow in November.  Even the countries across the world abandon fossil fuels immediately, however, it is deemed not possible to achieve 1.5 degrees goal unless we transform our food production systems that include how we produce, distribute and consume food.

Global food systems are responsible for a third of the anthropogenic GHG emissions that include carbon dioxide (CO2) (from deforestation and land-use changes), methane (CH4 from rice paddy and livestock sectors), and nitrous oxide (N2O, from inefficient nitrogen fertilizer uses in agriculture).

Experts claim that cutting methane emissions is low hanging fruits to mitigating climate change over the next few decades as methane is a short-lived climate pollutant and relatively low-cost technologies already exit.

In turn, a trade-off has long existed in modern agriculture between increasing food production and reducing chemical N fertilizer-use, which is the major source of nitrous oxide generation and emission (N2O is 300 times powerful greenhouse effect than CO2).  "Nitrification" converts nitrogen fertilizer into nitrate-nitrogen, which is not adsorbed onto soil particles, and thus leaches out of farmlands and become a substrate for generation and emission of N2O.

JIRCAS, together with its partners have long endeavoured to develop innovations to solve the trade-off – developing crops with enhanced ability to use nitrogen fertilizers to achieve improved productivity with a reduced environmental footprint.  Biological Nitrification Inhibition (BNI) is a technology that utilizes/exploits the natural phenomenon of producing nitrification inhibitors to regulate the function of nitrifying soil-bacteria to control soil-nitrification and thus soil-nitrate generation. This endeavour has started bearing fruit. The team has successfully developed a high yielding BNI-enabled wheat by intergeneric crossing with Leymus racemosus, a wheat related wild-grass with high BNI-capacity, as published in the August 31 edition of PNAS journal.

Wheat is among the most important staple crops that uses nearly one-fifth of globally-available chemical nitrogen-fertilizer yearly.  An online scientific magazine, Anthropocene, on its September 10 article, featured the BNI wheat.

Citing the paper with the experimental result in which N2O emissions associated with fertilizers were significantly reduced by 25%, the article highlighted the BNI-technology’s potential to greatly contribute to reducing GHG emissions from agriculture while ensuring food security of millions of people worldwide.