Inauguration of the research facilities developed by the SATREPS Madagascar Project

Related Research Program
4th Medium to Long-Term Plan›Stable Agricultural Production
An inauguration ceremony to mark the opening of the research facilities developed by the Science and Technology Research Partnership for Sustainable Development (SATREPS) Madagascar Project was held in Antanarivo, Madagascar on May 10, 2019.

An inauguration ceremony to mark the opening of the research facilities developed by the Science and Technology Research Partnership for Sustainable Development (SATREPS) Madagascar Project was held in Antanarivo, Madagascar on May 10, 2019. The project on “Breakthrough in nutrient use efficiency for rice by genetic improvement and fertility sensing techniques in Africa” is jointly supported by the Japan Science and Technology Agency (JST) and Japan International Cooperative Agency (JICA). JIRCAS Senior Researcher, Dr. Yasuhiro Tsujimoto of the Crop, Livestock and Environment Division is the principal investigator of this project.

At the ceremony, congratulatory remarks were given by Mr. Yorio Ito, Counselor of the Embassy of Japan in Madagascar, and Mr. Lucien Ranarivelo, Minister of the Ministry of Agriculture, Livestock and Fisheries of Madagascar. Then Mr. Shinji Umemoto, Chief Representative of JICA Madagascar Office, handed over the equipment to the respective representatives of the recipient institutions, Dr. Lala Razafinjara, General Director of the National Center for Applied Research and Rural Development, and Dr. Tantely Razafimbelo, Director of the Laboratory of Radioisotope, University of Antananarivo.

The Minister mentioned in his congratulatory remarks that the Ministry of Agriculture, Livestock and Fisheries will take the responsibility in the promotion the dissemination of the expected output of the project including the new breeding lines, breeding technology and soil analysis technology. Among the attendees were Mr. Abhay Kumar, Ambassador, Embassy of India in Madagascar, and Dr. Lucie Solofonirina, National Coordinator of National Office of Nutrition of Madagascar. The ceremony was broadcasted on the same day via the Madagascar National Television of (TVM) and was widely published in local newspapers. 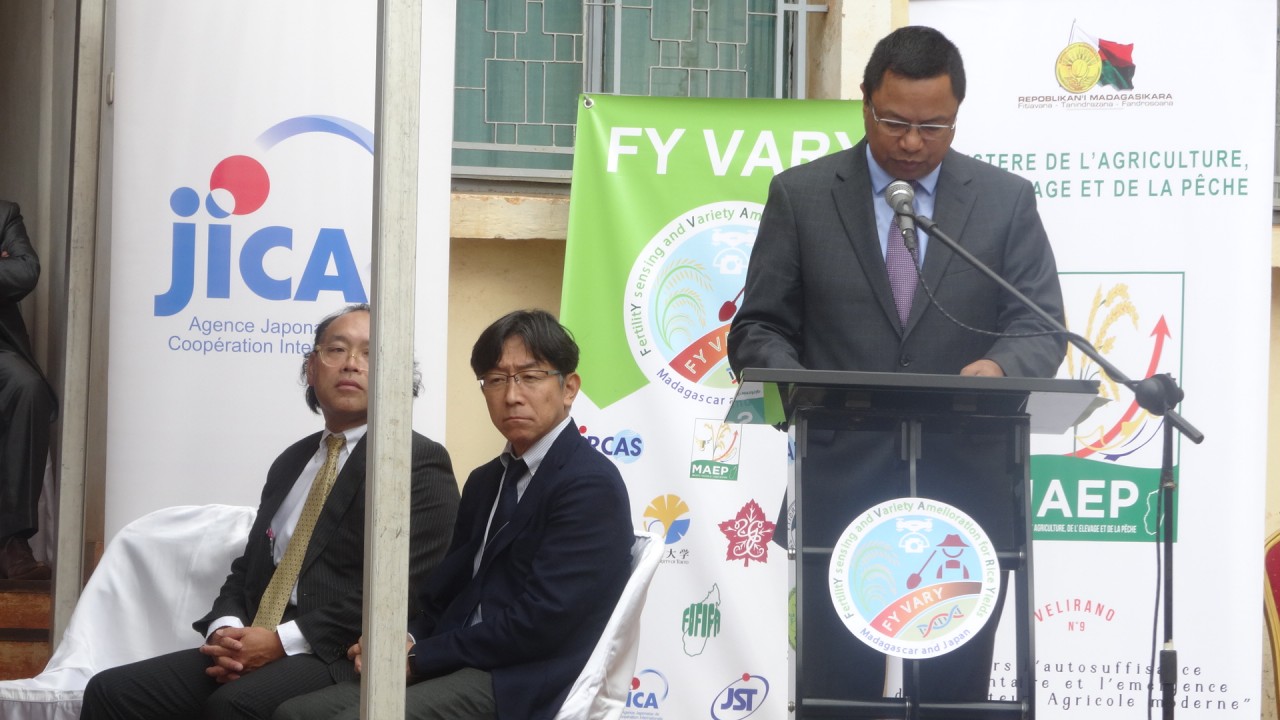 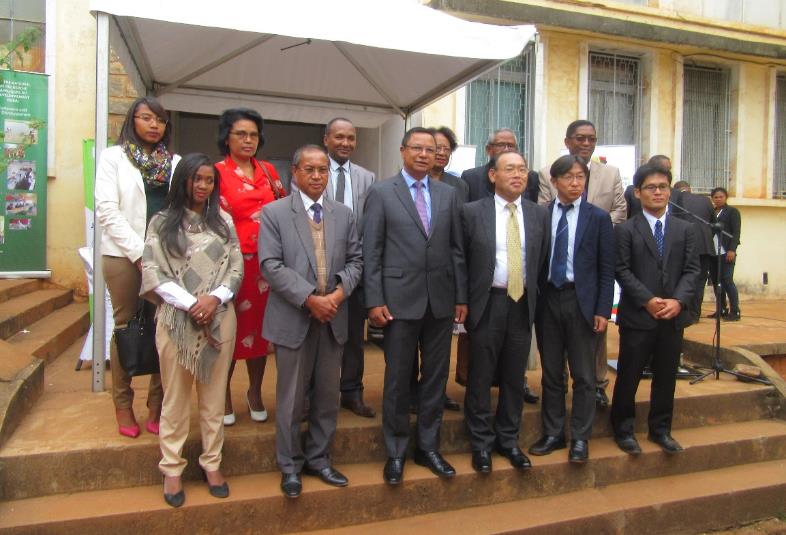 Attendees to the inauguration ceremony 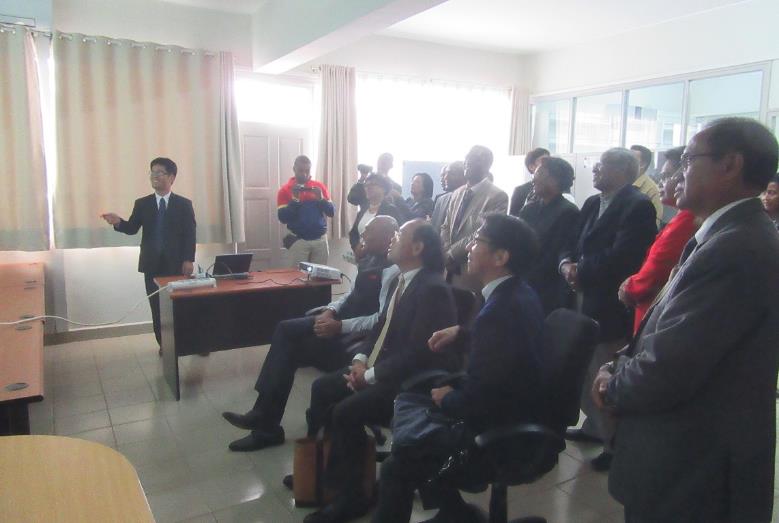 Dr. Tsujimoto of JIRCAS making a presentation of the facility