On February 26, 2021, the Minister of Agriculture, Livestock and Fisheries of Madagascar visited the demonstration test site of the SATREPS project conducted by JIRCAS in Madagascar, providing an opportunity to promote the phosphorus dipping treatment (P-dipping) technology for rice cultivation and promising breeding lines developed in the project.

Several high-level officials of Madagascar including the Minister of Agriculture, Livestock and Fisheries, the Minister of Interior and Decentralization, the Secretary-General of the Ministry of Higher Education and Scientific Research (Deputy Minister), and the Governor of Vakinankaratra Region visited the demonstration test site of the SATREPS Project FY VARY (Project leader: JIRCAS Senior Researcher, Dr. Tsujimoto Yasuhiro). Also present were the Ambassador of Japan to Madagascar, the Director of the JICA Madagascar Office, Director of Vakinankaratra Regional Bureau of the Ministry of Agriculture, Livestock and Fisheries, Director of the National Center for Applied Research and Rural Development (FOFIFA), the Director of the Laboratory of Radio-Isotopes  (LRI) and other local officials.

During the visit, the mayor of Behenjy, the town where the demonstration test site is located, gave the welcome remarks. Then the Director of FOFIFA presented an overview of the project and research activities so far, followed by a FOFIFA researcher’s presentation about the  advantages and future prospects of the phosphorus dipping treatment (P-dipping) technology, which is a promising fertilization technology for rice cultivation developed in this project. In addition, FOFIFA researchers explained the progress of variety development for a nutrient-deficient environment, which was also developed by the project and is undergoing final evaluation tests for the variety registration. The visitors expressed a great deal of interest in the expectations and future prospects that the developed technologies and rice varieties would contribute to improvement of rice production in Madagascar.

On behalf of the farmers who were using the technology in advance, the benefits on rice cultivation obtained by introducing the technology were introduced. In addition, the Governor of Vakinankaratra expressed hope that the research results of the project would be utilized for the development of the region. The Ambassador of Japan to Madagascar also emphasized the significance of joint research between Japan and Madagascar and further support for the agricultural sector. Lastly, the Minister of Agriculture, Livestock and Fisheries expressed the full cooperation from the Ministry to disseminate the technologies to farmers in collaboration with the JICA Project for Rice Productivity Improvement in Central Highland (PAPRIZ) and contribute to rice production in Madagascar and poverty reduction in rural areas. The visit was widely publicized through TV networks, newspaper outlets, radio stations, and the SNS accounts of the Ministry of Agriculture, Livestock and Fisheries, JICA and the Embassy of Japan in Madagascar. 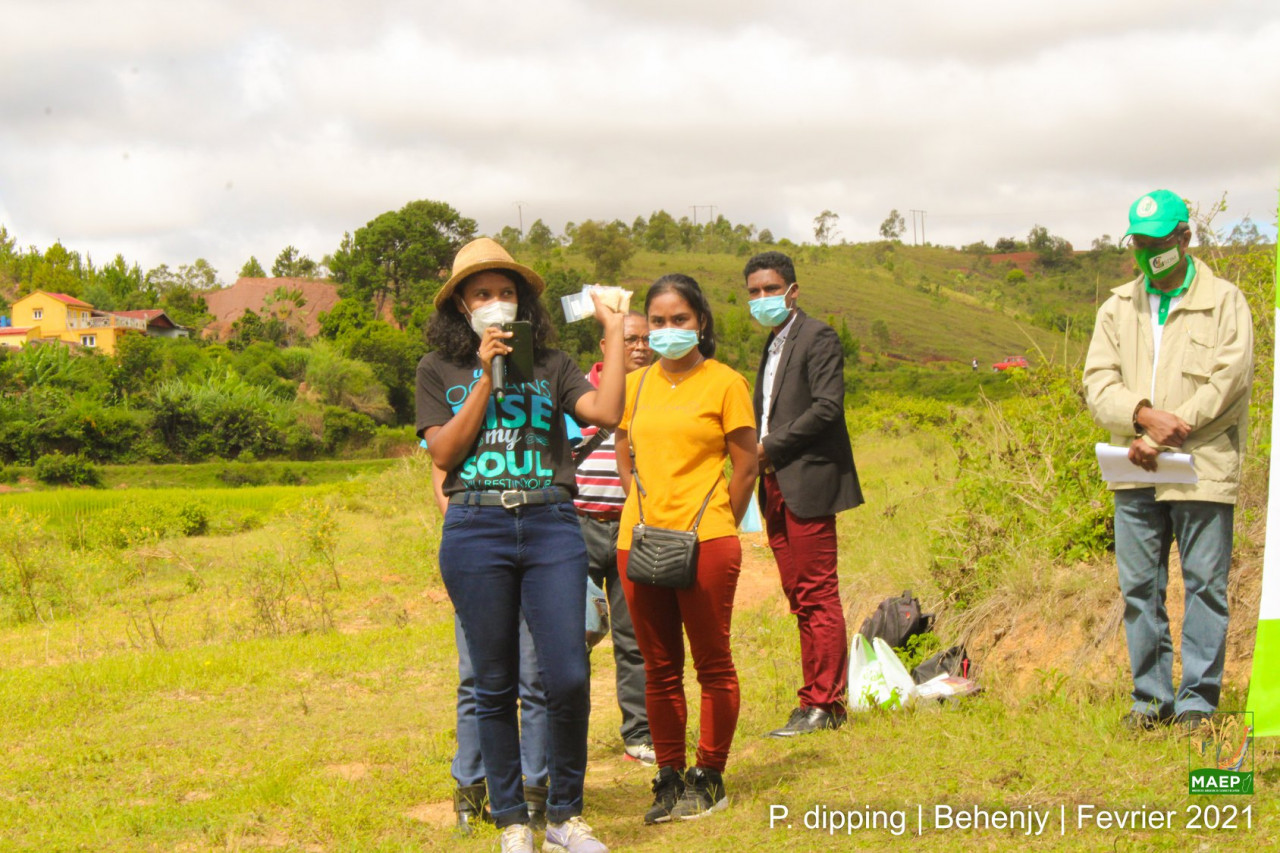 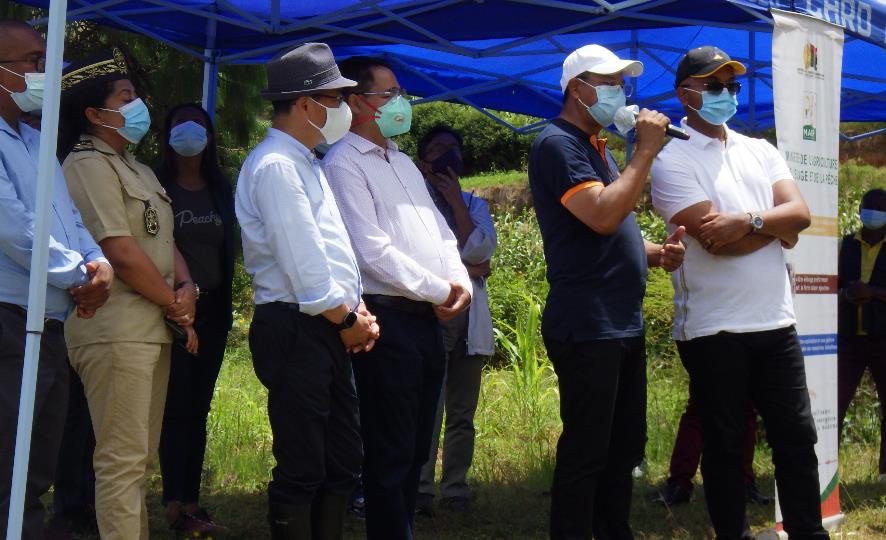 Minister of Agriculture, Livestock and Fisheries giving a speech