On 22 August, Her Royal Highness Princess Maha Chakri Sirindhorn participated in the opening ceremony of the fair and visited the JIRCAS booth. We had an honor to have an opportunity to introduce JIRCAS research highlights in Thailand and provided JIRCAS publications (Common Underwater Plants in Coastal Areas of Thailand, JIRCAS International Agriculture Series No.21) as gifts. 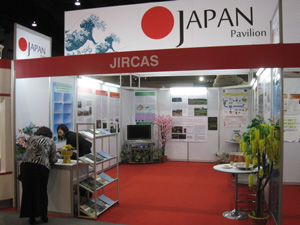 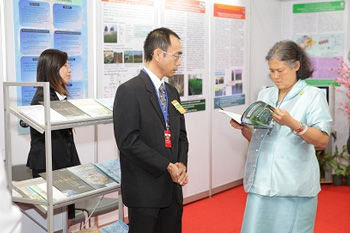