On 6 August, Dr. Phiraphan Phalusuk, Minister of Science and Technology participated in the opening ceremony of the fair and visited the JIRCAS booth. We had an honor to have an opportunity to introduce JIRCAS research highlights in Thailand. 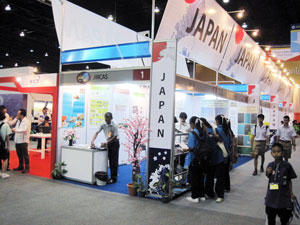 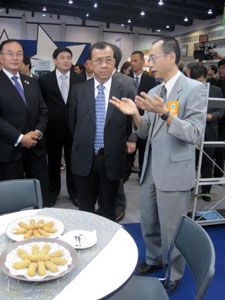