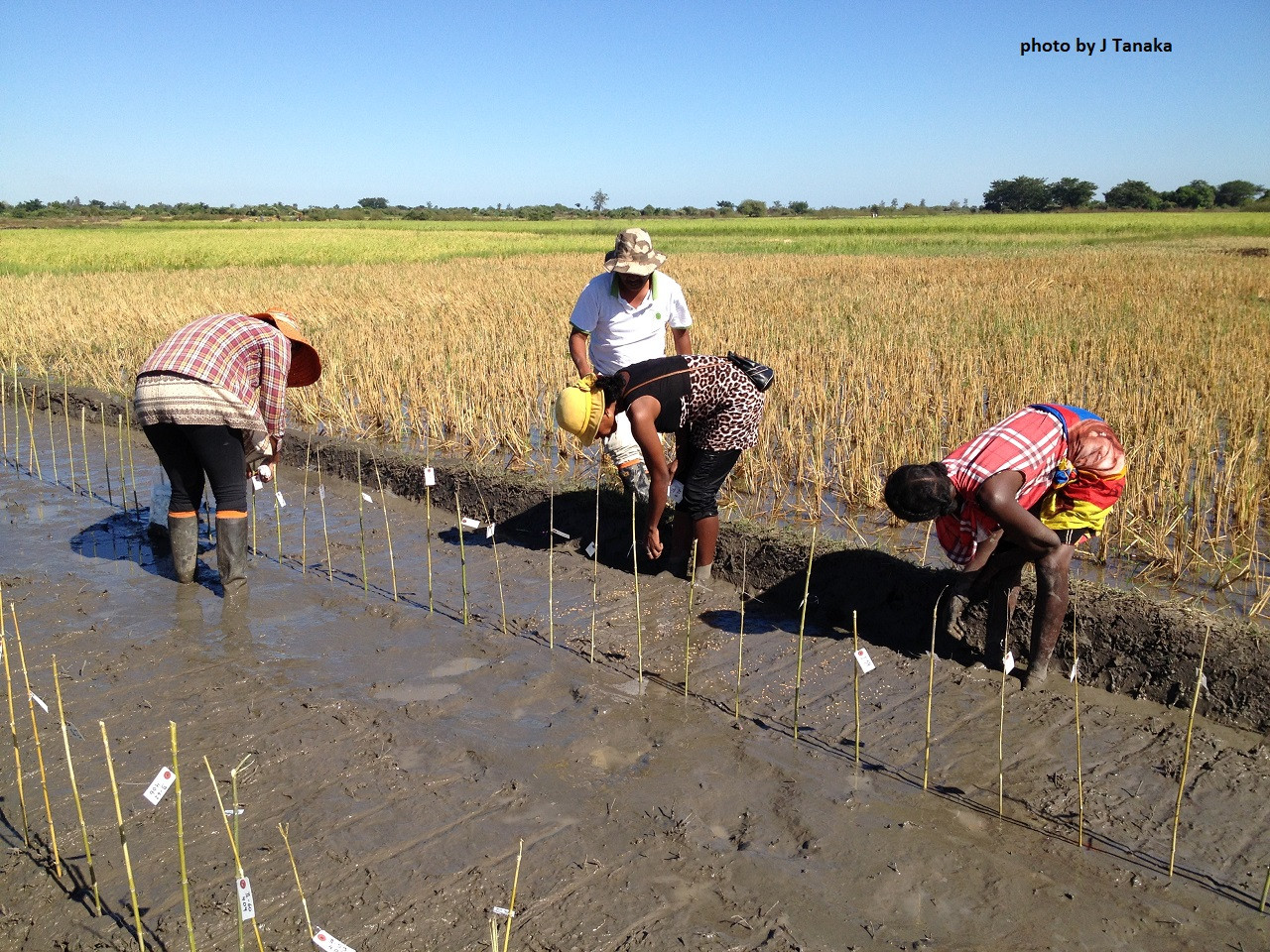 Rice is the staple food of more than half of the world's population, supplying 35-60% of daily calories as well as micronutrients (Fe and Zn) and vitamins (B). In Madagascar, an island off the south-eastern coast of Africa, rice was introduced during early migrations from Asia and continues to be the main staple food. The annual rice consumption in Madagascar is about 136 kg per person, which is among the highest in the world. Due to the continuing increase in population local production no longer meets the growing demand for rice. This situation is similar in the sub-Saharan Africa region (Sub-Saharan Africa), where rice consumption rapidly exceeds local production.

Rice productivity in much of Sub-Saharan Africa is limited by biotic and abiotic stresses. Of the abiotic stresses, low soil fertility is a main concern with phosphate (P) often being the most limiting nutrient. P deficiency is considered the most common constraint to rice productivity in Madagascar where highly weathered soils have a high capacity to fix P in plant-unavailable form. P deficiency can be mitigated by applying fertilizers, but resource-poor small-scale farmers often lack the financial resources to purchase P fertilizers in adequate amounts; a problem aggravated by the fact that the cost of fertilizers is often higher in Sub-Saharan Africa compared to other regions. That Africa is home to about 10% of the world's population but only consumes 0.8% of global fertilizers exemplifies this dilemma.

Genes that are not present in the modern rice breeding gene pool but may exist in traditional varieties conserved in crop gene banks, may improve crop yields in adverse environments. It is expected that the use of such genetic resources could help to close the lasting yield gap in Africa. However, gene banks are an under-utilized resource. JIRCAS in collaboration with the Madagascar National Center for Rural Development and Applied Research (FOFIFA) and the University of Tokyo, has evaluated 500 rice accessions from the IRRI gene bank. For all accessions sequence information was available and that allowed us to identify gene loci associated with low soil fertility tolerance (LFT) that could be used to improve rice yields under low-input cultivation conditions in Madagascar.

Accessions were grown on-farm without fertilizer inputs in the central highlands of Madagascar. A Genome-wide association study (GWAS) identified quantitative trait loci (QTL) for total panicle weight per plant, straw weight, total plant biomass, heading date and plant height. We detected loci at locations of known major genes for heading date (hd1) and plant height (sd1), confirming the validity of GWAS procedures. Two QTLs for total panicle weight were detected on chromosomes 5 (qLFT5) and 11 (qLFT11) and superior panicle weight was conferred by minor alleles. Further phenotyping under P and N deficiency suggested qLFT11 to be related to preferential resource allocation to root growth under nutrient deficiency. A donor (IRIS 313–11949) carrying both advantageous minor alleles was identified and crossed to a local variety (X265) lacking these alleles to initiate variety development through a combination of marker-assisted selection with selection on-farm in the target environment rather than on-station as typically practiced. This would contribute to the development of varieties that are particularly geared towards needs of resource-poor farmers who do not fully benefit from the current mainstream rice breeding.

This achievement was published in the international journal PLOS ONE under the title of Phenotyping of a rice (Oryza sativa L.) association panel identifies loci associated with tolerance to low soil fertility on smallholder farm conditions in Madagascar.