499. Dissemination and Use of Differential System Against Rice Blast 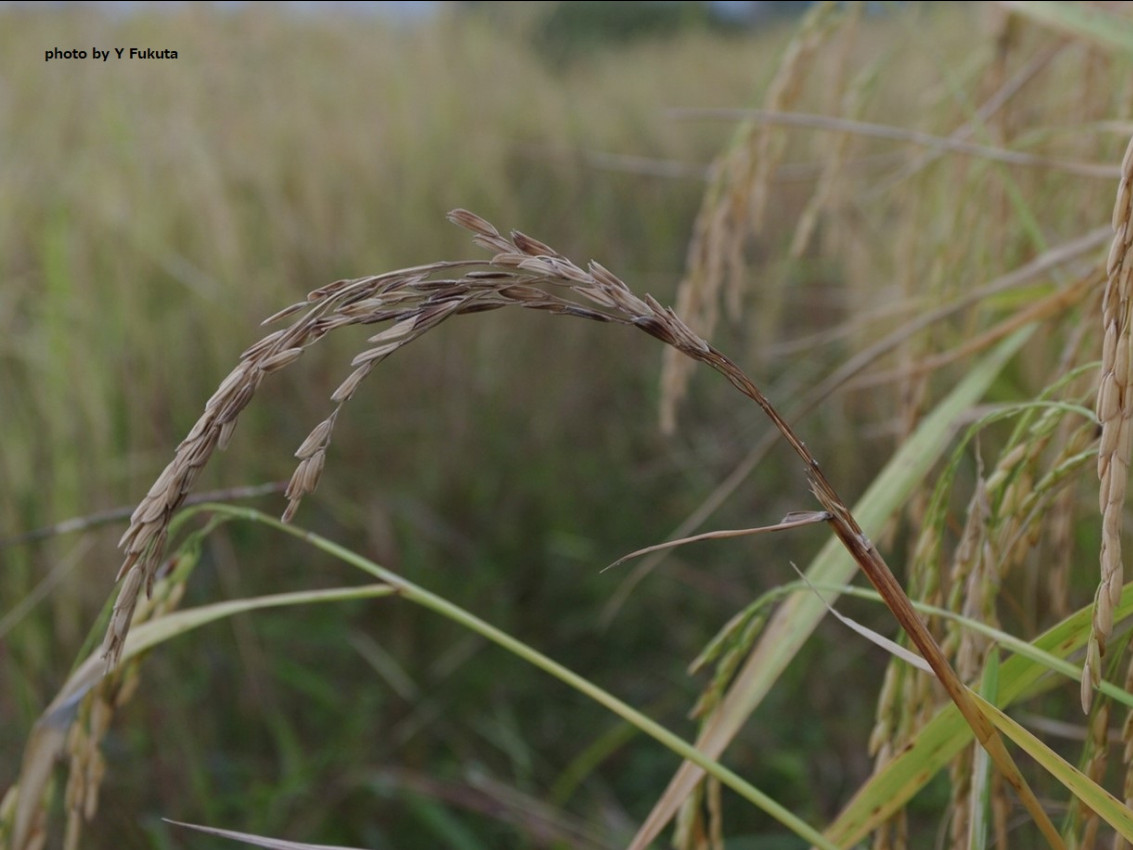 For rice blast control, information on the distribution of dominant blast races and effective resistance genes is of great interest to pathology and breeding researchers in tropical developing regions where rice cultivation is the main livelihood. For this reason, JIRCAS, in collaboration with IRRI and the African Rice Center (AfricaRice), has been conducting an international research network on the development and dissemination of a differential system to evaluate the resistance of rice cultivars and the pathogenicity of blast isolates. The differential system consists of differential varieties that possess resistance gene and standard differential blast isolates with known pathogenicity, and discriminates differences in resistance and pathogenicity based on their reaction patterns. Using a set of differential varieties bred under the Japan-IRRI joint research project funded by the Ministry of Agriculture, Forestry and Fisheries (MAFF) of Japan, this project has been conducted in Japan, Korea, China, Vietnam, Laos, Cambodia, Thailand, the Philippines, Indonesia, Bangladesh, West Africa (AfricaRice, since 2010), Kenya (since 2015), and Ethiopia (since 2017) to elucidate variations in resistance of blast races and rice genetic resources in their respective regions. The results showed that the highest diversity of blast races was found in the races from China (Yunnan and Sichuan provinces) and Bangladesh, while the Japanese races were extremely low. It is assumed that the origin of the rice blast fungus is in the region that showed this high diversity. Areas with high concentrations of highly pathogenic races were also found in northeastern China, Bangladesh, and West Africa.

On the other hand, the analysis of blast resistance variation in rice cultivars using the standard differential system from the Philippines on 922 Asian rice genetic resources stored at IRRI showed that a wide range of variation was observed in South Asian cultivars, while in Japan, there were many susceptible cultivars with little variation. The results of the study revealed that in China and Southeast Asia, the range of variation was intermediate between the two. Thus, high and low diversity variations in blast races and rice cultivars corresponded across regions. In Africa, northeastern China, and Bangladesh, the use of highly resistant rice cultivars was also evident, with a corresponding dominance of pathogenic fungal races occurring in a wide range of resistance genes. In other words, the use of resistant cultivars was giving rise to more risky pathogen races. Such a relationship can be explained on the basis of the relationship between the pathogenicity genes of blast races and the resistance genes of rice cultivars (gene-for-gene theory).

Based on the data of rice blast races from the participating countries in the network, JIRCAS has developed an international differential system. Domestic differential systems have also been developed in Bangladesh, Vietnam, Laos, Indonesia, and the Philippines, and are currently used in breeding and pathology research.

In developing regions of the tropics, blast disease has become more prominent after the "Green Revolution" in rice since 1960. In place of the various conventional rice cultivars, a group of varieties represented by IR 8, IR 24, IR 36, and IR 64, which are semi-dwarf, non-lodging, and high-yielding with high fertilizer application, have been bred, disseminated, and used as hybrid parent stock. These varieties carry multiple true resistance genes, but only a limited number of them are available. Large-scale, continuous cultivation of these single cultivars (monoculture) has facilitated the development of dominant races that can sicken these varieties.

Conversely, rice cultivars with high resistance are not needed for blast populations that are distributed among less virulent or diverse races that cannot be diseased by many resistance genes. If the dynamics of the blast race population can be analyzed using a differential system and artificially controlled, stable rice cultivation will be possible.

In addition, it has been confirmed that conventional breeding methods that rely on the accumulation of true resistance genes easily allow the emergence of pathogenic dominant races. Therefore, one direction for the development of stable control technology is to 1) prevent the occurrence of dominant glutinous disease races, 2) artificially control the distribution of diverse and less pathogenic races, 3) use multiline varieties for this purpose, 4) use field resistance genes, and 5) develop a stable control technology for the disease. It will be important to evaluate resistance genes using the differential system. For the development and use of these technologies, it will be increasingly important to conduct research and development of cultivation techniques that are in harmony with the environment and minimize environmental impact, in collaboration with research fields such as pathology and agronomy, as well as breeding.