JIRCAS Participates in Ceremony for the Water and Soil Conservation Project in Tigray, Ethiopia

Mr. TAKENAKA Koichi (Senior Researcher, Rural Development Division) and Dr. NISHIGAKI Tomohiro (Researcher, Crop, Livestock and Environment Division) of JIRCAS were invited at a ceremony held on February 21, 2020 to promote the water and soil conservation project in Tsada Naele community, Kilte Awlaelo district, Tigray regional state, Ethiopia. The ceremony is part of a comprehensive land conservation program implemented in each region by the Bureau of Agriculture and Rural Development (BoARD) of the state from February every year using the State Government's Safety Net Program (free labor system for 20 days per year). Under this program, the residents’ groups in the village constructed stone terraces and trenches to catch eroded soil and rainwater, and planted forage plants for livestock around the trenches. During the ceremony, the history of how the village coped with soil erosion with government support, and the implementation of Gabion (method to prevent landslides by grounding natural stones packed in iron-wire frames) and tree planting by the residents in gullies that had been eroded to a depth of 15 m in the past were introduced as a case of a steep slope recovered to a natural gradient.

Since 2016, the JIRCAS project, Watershed Management in Africa has planned to propose a small scale watershed management models to contribute to sustainable and intensified use of natural resources in the Ethiopian highlands, and has been conducting research to contribute to appropriate land management, reduce soil erosion, and preserve the ecosystems. Dr. Atinkut Mezgebu, the head of the BoARD-Tigray, who has been collaborating with JIRCAS since the inception of the project, gave a remark on the endeavor of the project team in improving the status of agriculture and rural areas through water and soil conservation. In an interview with the local media, Takenaka explained that JIRCAS was carrying out researches related to water and soil conservation in the region with the same aspiration as the local people’s initiatives. The scene of the interview was reported in local languages by local television stations on the current day. 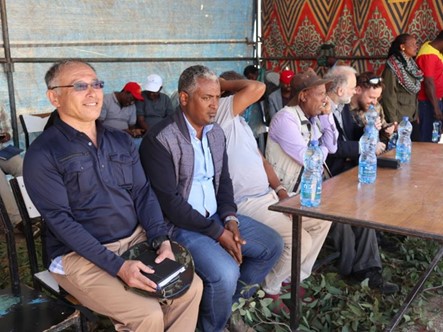 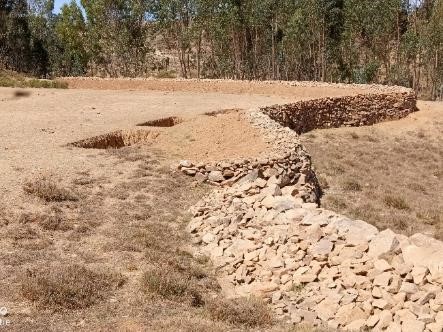 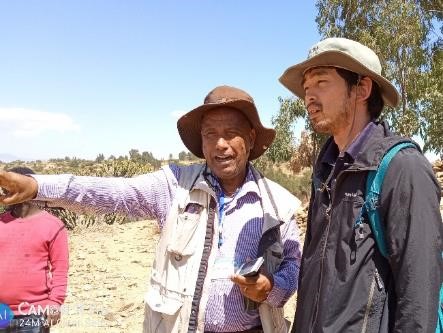 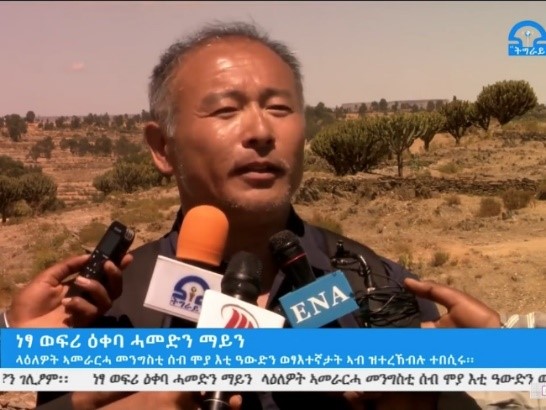 Takenaka interviewed by the local media