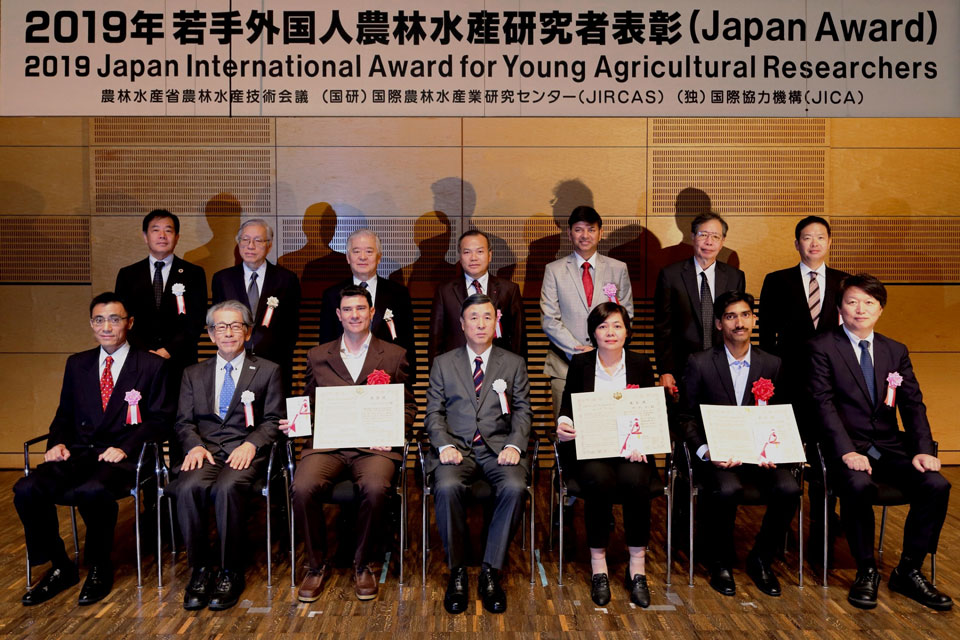 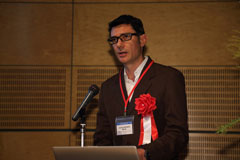 The mitigation of climate change (CC) is a major and crucial challenge for humanity. This phenomenon has profound effects on agricultural production and food security, and CC effects are projected to become worse. As a young Colombian scientist, Dr. Arango is highly focused on developing tools and technologies to mitigate CC through reduced greenhouse gas emissions. He has conducted strategic research to demonstrate how tropical forages can reduce the environmental footprint of livestock production. One concrete example is the exploitation of the Biological Nitrification Inhibition (BNI) capacity of Brachiaria and Panicum tropical forage grasses. The BNI concept was conceived by JIRCAS in collaboration with CIAT more than a decade ago. Long-term collaborative research between JIRCAS and CIAT has provided direct evidence for inhibition of soil nitrification by plants via root exudation. The high BNI potential found in these forage grasses increases nitrogen use efficiency and reduces nitrous oxide emissions. A major outcome from his research is the development and application of accurate phenotyping tools for this key BNI trait. Another significant outcome is the development of a feeding strategy/technology through identification of superior diets for cattle, based on a combination of tropical forage grasses and tree legumes. Since these nutritious forages are more efficiently utilized by target animals, methane emissions from enteric fermentation are effectively reduced. 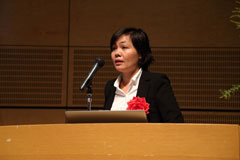 Development of a simple, accurate and economical diagnostic test and pooled testing system for detection of porcine epidemic diarrhea virus

There is an adage that says “prevention is better than cure” but the truth is that we do not invest sufficiently in prevention. Prevention is a difficult but important message for the control of transboundary animal diseases (TADs), including porcine epidemic diarrhoea (PED). PED is an emerging and re-emerging epizootic swine disease that causes massive economic losses with high morbidity and mortality in piglets worldwide. In Vietnam, PED was ﬁrst observed in 2009 and has developed to an endemic stage. PED prevention and control are expected to have a positive impact on food security; thus, early detection of PED virus-infected herd through active surveillance is necessary. However, surveillance is applied only to individuals using the ‘gold standard’ polymerase chain reaction (PCR) method, which is difficult to use for developing countries like Vietnam due to cost and most laboratories in the country being under-equipped and unable to meet the sophisticated requirements for PCR.

To solve this problem, we successfully developed an innovative test for diagnosing PEDV infections. This test, which uses the loop-mediated isothermal amplification (LAMP) method, has high sensitivity and specificity, and is cheap, rapid, and simple. Furthermore, our new system can be used not only on individual animals but also on several animals at once. The system is practical and has high applicability in unequipped laboratories and developing countries. It also supports the design and implementation of large-scale epidemiological surveys and enables active surveillance for the effective control of PED and other diseases. 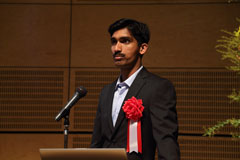 Molecular approaches in identification, diversity and management of important insect pests in India

The accurate identification and management of insect pests has been a herculean task for several decades. Dr. Rebijith has successfully developed several DNA barcodes and species-specific markers that can identify various insect pests of agricultural crops independent of life stages, color morphs and sex. His exceptional work on molecular diversity has revealed the existence of cryptic species and genetic groups in various insects such as aphids, thrips and whiteflies, and his collaborative research on insecticide resistance status in Bemisia tabaci genetic groups has been widely appreciated. Furthermore, Dr. Rebijith demonstrated the utility of RNA interference in the management of Aphis gossypii, B. tabaci, Helopeltis antonii, Plutella xylostella, etc. for the first time in India. His work on small RNAs and RNAi has revealed the differentially expressed microRNAs in the juvenile hormone biosynthetic pathway in Spodoptera. Lastly, his work on artificial miRNA-mediated gene silencing is the basis behind novel pest management strategies that are being developed.