On November 2, 2017, the commendation ceremony of the 2017 Japan International Award for Young Agricultural Researchers was held at the U Thant International Conference Hall, United Nations University (UNU), Tokyo, Japan. 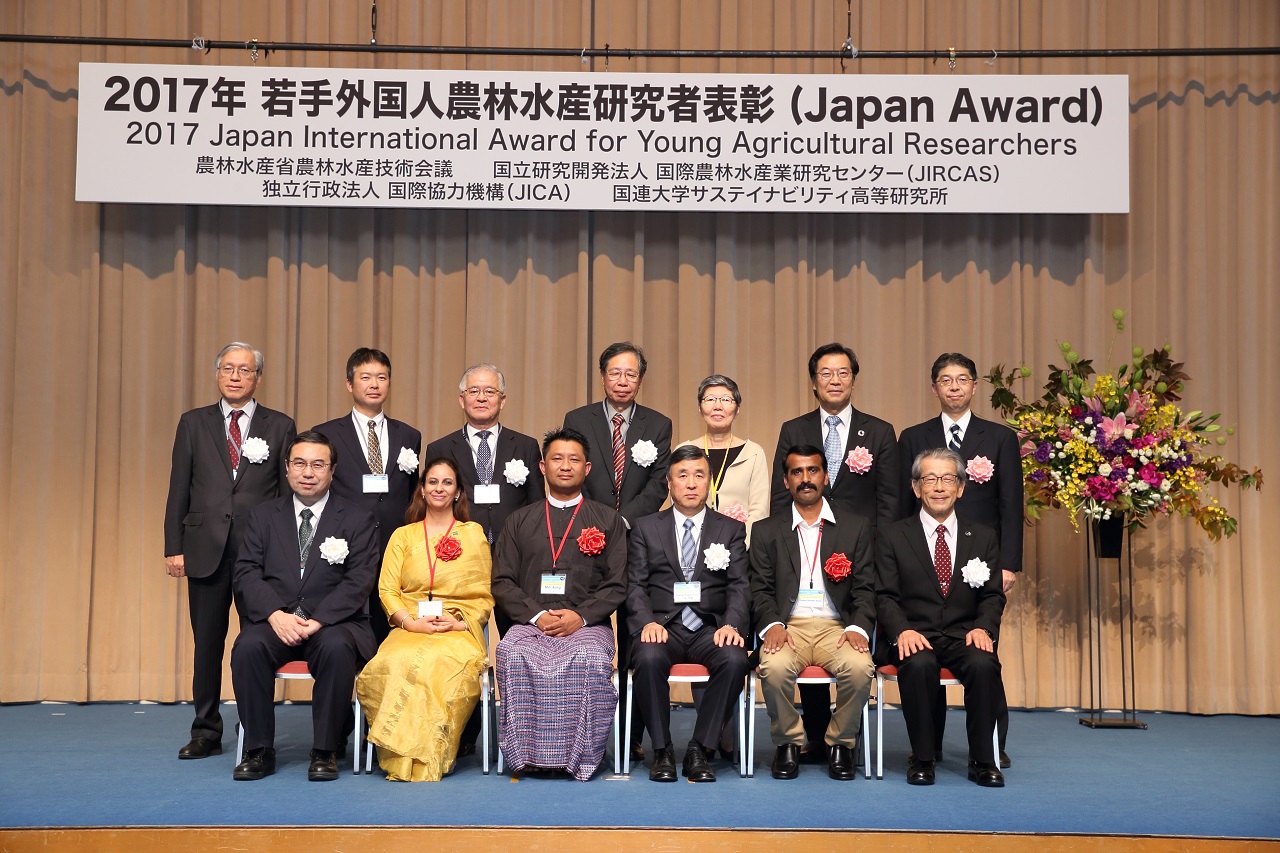 JIRCAS, in cooperation with the Agriculture, Forestry and Fisheries Research Council (AFFRC) Secretariat, presented the Japan International Award for Young Agricultural Researchers for the 11th consecutive year. The award recognizes and honors young foreign researchers (under 40 years of age) who are highly recommended by their institutes, and whose outstanding achievements promote research and development of agricultural, forestry, fishery and other related industries in developing regions.  The 2017 commendation ceremony was held last November 2 at the U Thant International Conference Hall, United Nations University (UNU) in Tokyo.

The awardees and guests were welcomed by Mr. Yoshio Kobayashi, chairman of the AFFRC. Congratulatory remarks were delivered by Dr. Yuko Harayama, executive member of the Council for Science, Technology and Innovation, Cabinet Office; Dr. Kazuhiko Takemoto, director of the UNU Institute for the Advanced Study of Sustainability; and Mr. Takao Shibusawa, deputy director general of the Rural Development Department, Japan International Cooperation Agency (JICA). The selection process was explained by Dr. Kiyoaki Maruyama, chairperson of the Selection Committee. Mr. Kobayashi and Dr. Masa Iwanaga, president of JIRCAS, presented the prizes.

The seven-member selection committee conducted a document review, with the chairman of the AFFRC determining three winners from among 17 candidates. Each awardee received a testimonial and a monetary prize of 5,000 US dollars.

The 2017 awardees and their research achievements 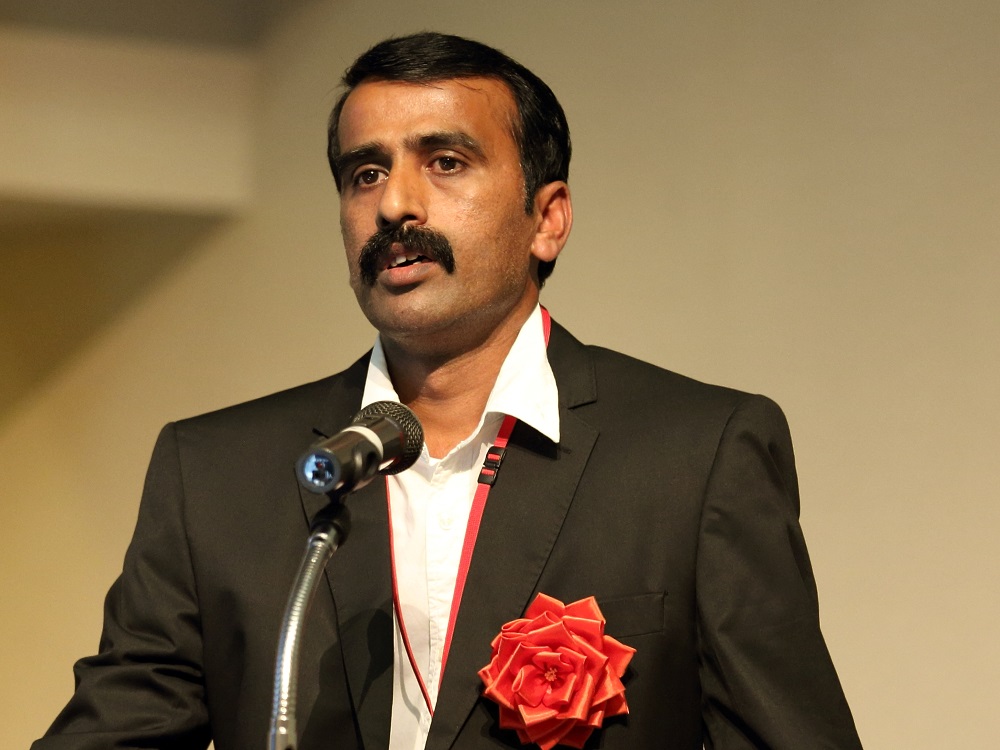 Dr. Nayaka has worked as Seed Health Scientist in the prestigious Asian Seed Health Centre at the University of Mysore in India. He successfully developed novel molecular probes for the rapid and accurate detection of seed-borne pathogens (SBPs) (patent filed). More than 1000 partial genome sequences for SBPs from Asian region have been deposited in NCBI, DDBJ, and EMBL, and the phylogenetic diversity have been studied. Monoclonal antibody and lateral flow based assays were developed for rapid detection of mycotoxins from agricultural/food & feed samples (patent filed).

He currently works as Principal Scientist and Principal Investigator at the Department of  Studies in Biotechnology, University of Mysore under the Indian Council of Agricultural Research (ICAR), and he is responsible for the research work titled “Genome-wide analysis of Sclerospora graminicola and Magnoporthe grisea, the causal agent of downy mildew and blast disease of pearl millet, respectively, and characterization of effector candidates.” Furthermore, his research group has, for the first time, sequenced the full length genome of a highly virulent strain of biotrophic S. graminicola. This will help toward elucidating the evolutionary pattern and the in-silico prediction and annotation of the gene space and promoters of S. graminicola, with the aim of studying pathogenicity-related genes, secondary metabolism, hormone production, and evolution of RxLR–dEER crinklers and RxLR-like effectors and their canonical motif. This in turn will help in understanding the host-pathogen interaction and defense system in host plants, and be used in assisting breeding efforts for durable host resistance. 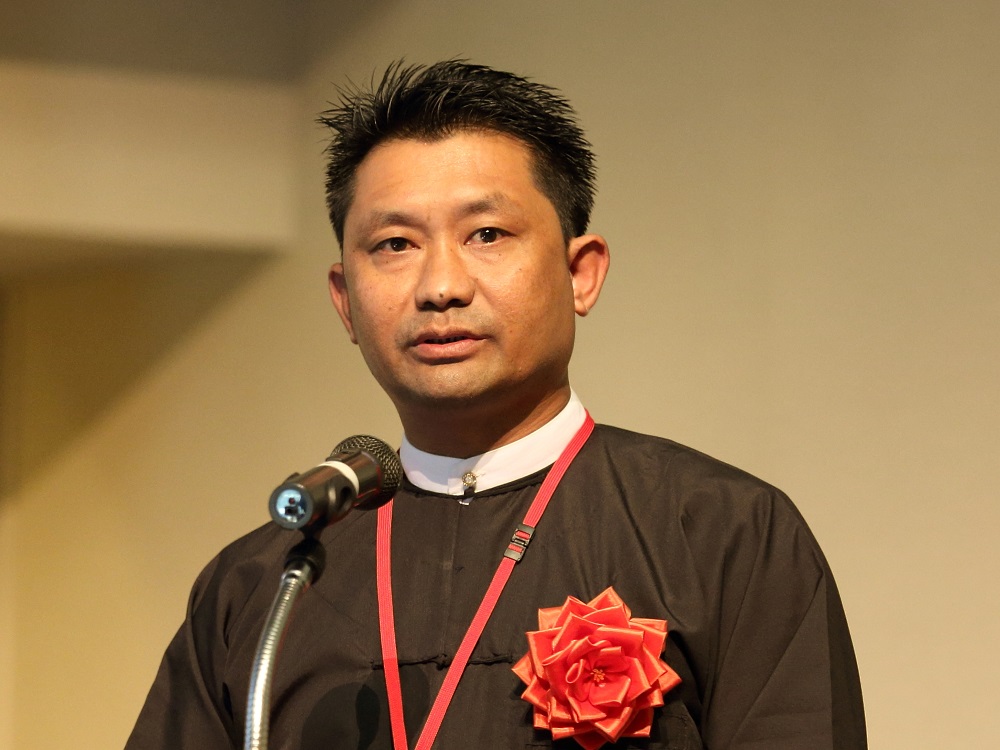 Albizia saman pods (ASP), abundantly available in Myanmar, were used as a replacement for commercial concentrate (up to 15%), and its effect on methane production, feed intake, milk yield and feed cost effectiveness of lactating dairy cows were studied. As a result, decreased methane production from feed fermentation and increased feed intake and milk yield were achieved. Moreover, feed cost was also reduced by 81 kyats (¥8) per kg of milk.

According to the result of a survey concerning dairy production systems and local feed resources in central Myanmar, 18 months of calving interval, 11.5 kg of milk/cow/day, less artificial insemination practice (23%), and abortion cases (7%) were observed. The agricultural by-products and crop residues, which have notable nutritive and feeding values, were commonly used as basal feeds for dairy cows. Thus, the returns from dairy farming could be maximized with the proper combination of factors in the agriculture sector; however, improving the current practice of artificial insemination is required to maximize the production of dairy cows in central Myanmar. 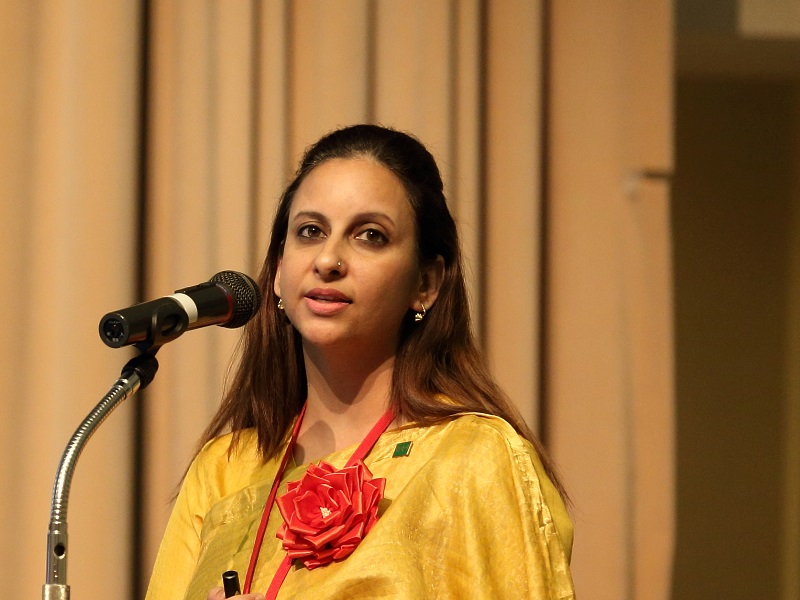 Research Achievement: Development of innovative approaches to enable small-holder farmers of South Asia to achieve gains in productivity and profitability through use of cutting edge Information & Communication Technologies to guide application of site-specific nutrient and crop management options

In South Asia, traditional blanket recommendations for soil fertility management do not consider the huge variability among fields of smallholder farmers in terms of soil type, farm management, and other aspects. Future gains in productivity and input use efficiency will therefore require soil and crop management technologies that are more knowledge-intensive and tailored to the specific characteristics of individual farms and fields. Sheetal Sharma and her team worked to translate and transfer the science of site-specific nutrient management and tools developed at IRRI HQ to developing countries through innovative approaches to reap the benefits at a large scale. She played a central role in conceptualizing and designing the Crop Manager for India, an ICT tool that provides nutrient recommendations to farmers. She also collected the desired data through strategic and adapted research, and the tools were further developed and evaluated by establishing strategic partnerships.

These concentrated efforts resulted in the development of two versions of Crop Manager for India. Documented evidence demonstrates that Crop Manager for Odisha improved rice productivity by 0.5-0.8 t/ha and increased net added benefit by USD104-155/ha per season over farmers' practice. Likewise, Crop Manager for Bihar improved rice and wheat yield by 0.7 and 0.3 t/ha, respectively, and resulted to a net added benefit of USD 147/ha per season in rice and USD 63/ha per season in wheat over farmers’ practice. Crop Manager for India is the result of a joint effort between IRRI and national partners under the National Mission for Sustainable Agriculture by the Department of Agriculture, Cooperation & Farmers Welfare, Ministry of Agriculture & Farmers Welfare. Forging partnerships and enhancing the capacity of various stakeholders have provided more than 30,000 farmers with Crop Manager recommendations. Furthermore, Sharma and her team aim to bring the benefits of Crop Manager to about 1 million small-scale farmers by the end of 2020.