560. Desertification and Drought Day ー Rising up from drought together 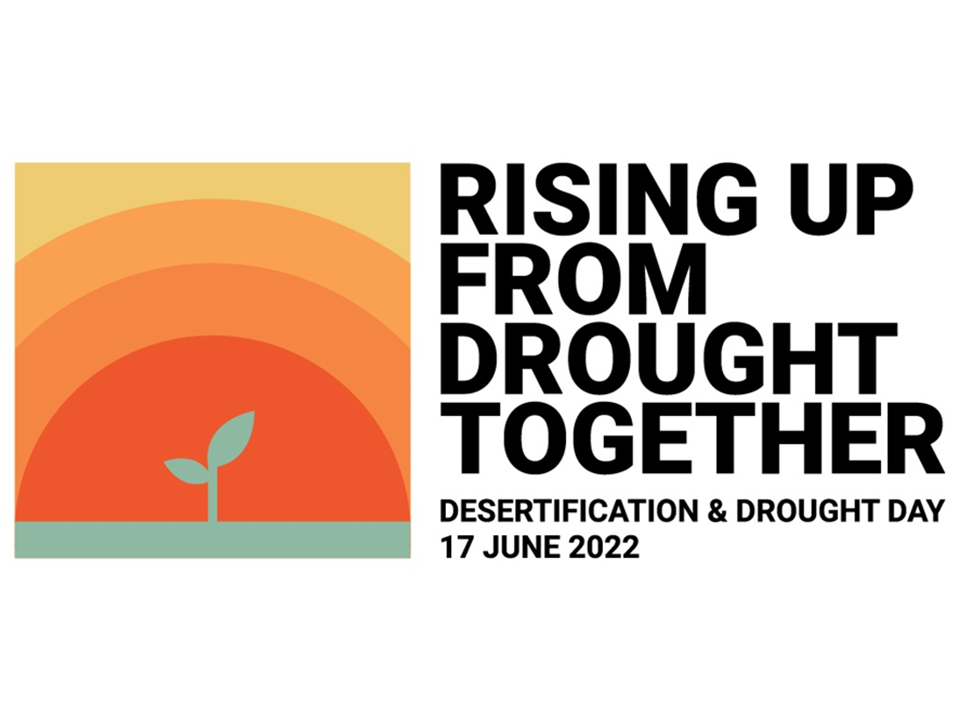 As land deteriorates and productivity declines, greenhouse gas emissions increase and biodiversity decreases. It also makes it easier for infectious diseases such as the COVID-19 to spread, making us more exposed to droughts, floods and sandstorms. Therefore, UNCCD is calling on all members of the global community to treat the land as a limited and precious natural capital, prioritize its health in the pandemic recovery and push hard to restore the land during the UN Decade on Ecosystem Restoration*.

* The United Nations General Assembly in March 2019 stipulated that 2021 to 2030 will be the UN Decade on Ecosystem Restoration.

This year's theme, Rising up from drought together, is highlighting the need for early action to avoid disastrous consequences for humans and the Earth's ecosystems. The drought is a threat to sustainable development and is becoming more serious not only in developing countries but also in developed countries. The drought has increased by 29 percent compared to the two previous decades (WMO 2021). When more than 2.3 billion people already face water stress, this is a serious problem. By 2050, it is estimated that drought could affect more than three-quarters of the world's population, and most countries will be affected.

JIRCAS has developed, as a sustainable land management practice to combat desertification, the “Fallow Band System” which can both control soil erosion, a major cause of land degradation, and increase soil productivity in West Africa, as well as a shallow subsurface drainage system which can control soil salinization in Uzbekistan. In addition, JIRCAS has developed a pastoral management system to reduce risks of extreme weather in Mongol

In the Sustainable land management in drylands project which started in April 2021, we are focusing on Indo Gangetic basin in India where irrigation-induced salinization is sever. And we are trying to develop countermeasures against salinization by low-cost irrigation and drainage technology which farmers can work on as part of farming activities.

In addition, in the Africa upland farming system project, we are focusing on Burkina Faso in West Africa. In order to widely disseminate sustainable land management technologies such as the“Fallow Band System” that we have developed so far, we are trying to develop a soil conservation enhancement scheme and a drought-resilient soil and crop management technology.