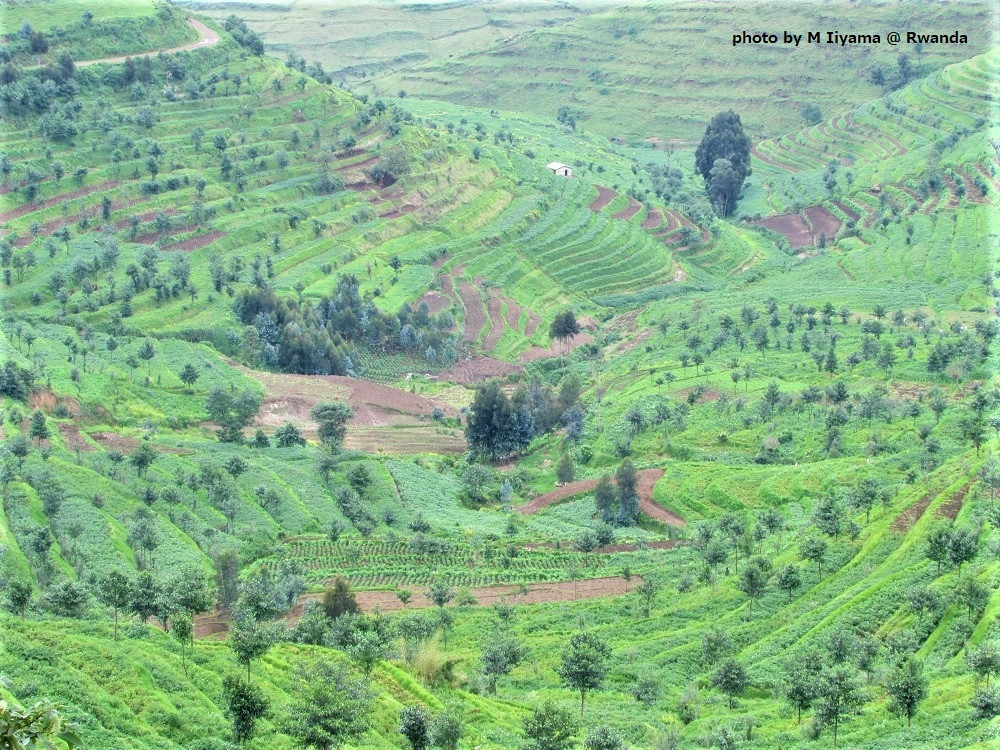 October 16 was World Food Day which provided an opportunity to remind us that the way we produce, consume and waste food is taking a heavy toll on our planet. The UN Food Systems Summit held last September also provided a forum to discuss the need to accelerate food systems transformation and the critical role of innovation to make food systems serve for human and planetary health.

To mark our 400th blog, today’s Pick Up briefly features Prof. Ruth DeFries’ argument on the relation between the earth systems, food systems and innovation, from her 2014 book titled, ‘The Big Ratchet: How Humanity Thrives in the Face of Natural Crises’.

The human species used to be hunters and gatherers. With the introduction of agriculture, they had gradually transformed themselves into settlers. For thousands of years, however, they had had to live on the edge of starvation. Today, we realize food systems which enable food production to provide 7.8 billion people with over 2,800 kcal on average, including urban dwellers, amounting to over a half of the global population, as consumers. This is such an astonishing and miraculous transformation. In the book, Prof. DeFries gave elaborations on how humanity has overcome the environmental constraints and food crises over and over again through the invention and application of technologies and innovation – such as irrigation, slush and burn systems, crop-livestock integration, nitrogen fixation, chemical fertilizers and pesticides. She also argued that once humanity has survived one crisis and thrived, they have come to face a new problem (hatchet), inevitably requiring a renewed transformation with a new set of innovations (ratchet).

Prof. DeFries attributed the foundation of the humanity’s prosperity to the mechanisms of the Earth systems beyond the human control, i.e., biochemical cycles of carbon, nitrogen and phosphorous and biodiversity, which have been radically changed by humans. Since the beginning of agriculture, ensuring the stable supply of nutrients to soil had been a bottleneck for settled agriculture, and humanity had faced continuous threats of famines. The breakthroughs were made during the early 20th century when a series of innovations became available – the fixing of atmospheric nitrogen and the making of phosphorus fertilizers from rocks and fossil fuels, the use of fossil energy for machineries to complement farm and animal labour, and the advancement of biology, especially breeding of high-yielding staple and oil crops. All these contributed to the great strides in food production in the late 20th century.

The mass production system, which was pursued to eradicate famine when the world population stood at 2.5 billion in the mid-20th century, is outmoded today with more than tripled world population, undoubtedly incurring unbearable pressures on the planetary systems. Agriculture, forestry and fisheries sectors are responsible for overstepping four out of the nine planetary boundaries – biodiversity loss, land use change, nitrogen and phosphorous cycles, and climate change.  While the pace of the population growth may gradually slowdown in coming decades, the world population is still estimated to reach nearly 10 billion by the mid-21st century.  Then the business as usual scenario will not be sustainable.

In the era of the Anthropocene, it is unequivocal that anthropogenic activities since the mid-20th century have greatly impacted the earth and climate systems. From a historical perspective such as that of Prof. DeFries, today’s food systems crisis means that this is the timing to push forward a new transformation through innovation.  Innovation should play a key role to achieve the transformation of food consumption and production at minimum environmental footprints on the earth system through the application of advanced technologies, such as biosciences and digital technologies.

The Asia monsoon region, of which Japan is a part, is the most densely populated region in the world, with several countries still experiencing population growth. Therefore, innovation is imperative for the region which need to sustainably increase food production while adapting to and mitigating climate crisis.

JIRCAS is going to host an online Symposium on the sustainable food systems transformation in the Asia monsoon region, on November 17, 2021, to be streamed at the JIRCAS YouTube Channel. The details of the program and application will be announced on the JIRCAS website soon.

JIRCAS International Symposium 2021: The Role of Science, Technology and Innovation in Achieving Sustainable Food Systems in the Asia Monsoon Region: A Platform for International Collaboration

Reference
Ruth DeFries. The Big Ratchet: How Humanity Thrives in the Face of Natural Crises. http://www.ruthdefries.com/book/big-ratchet/