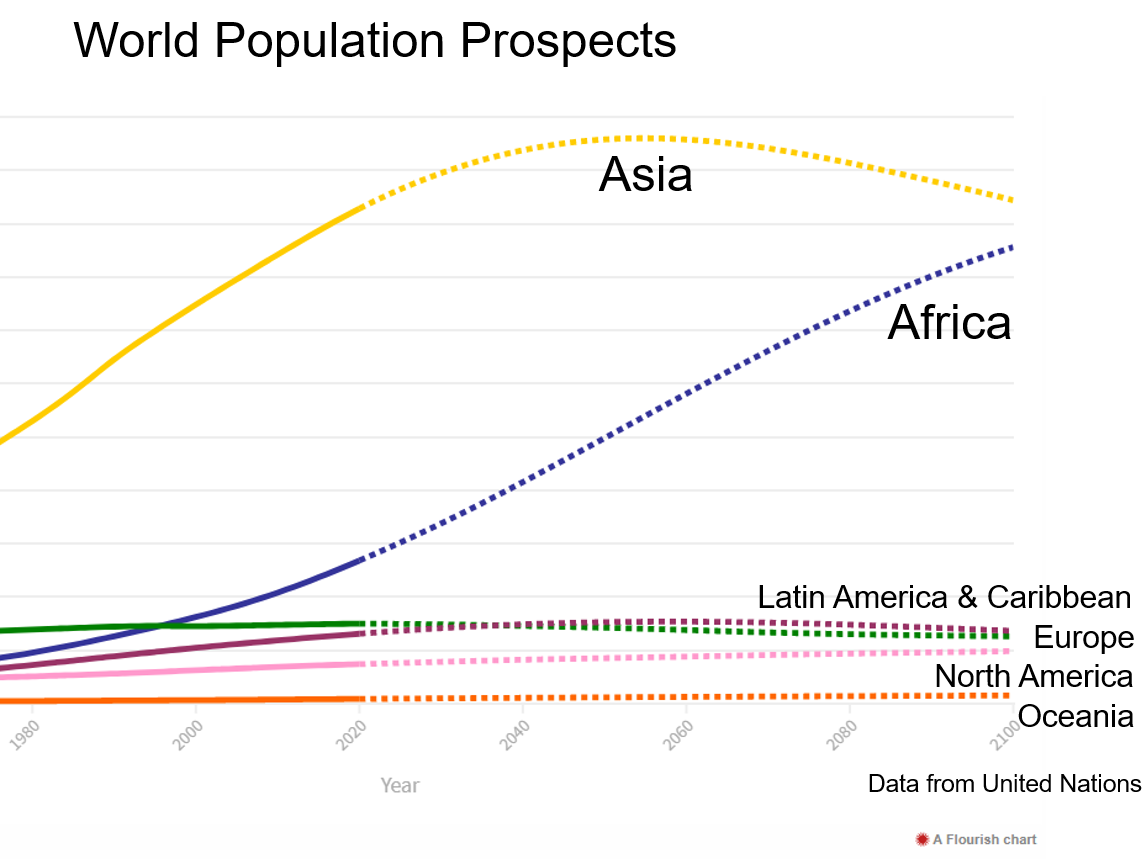 More than half of the world's population growth by 2050 is projected to be concentrated in nine countries: India, Nigeria, Pakistan, Democratic Republic of Congo, Ethiopia, Tanzania, Indonesia, Egypt, and the United States. We created a bar chart showing the population transition of the top 15 countries, and Africa has increased from only 3 countries to 7 countries in 2020 based on the mid-year data from the World Population Projections 2019. The bar chart also predicts that India will surpass China in 2026-27 to emerge as the world's most populous country.

The acceleration of qualitative and quantitative changes in food consumption due to projected global population growth and urbanization has the potential to affect all stages of food supply, distribution, and demand. On July 14 (Wed), the FAO Liaison Office in Japan, with the support of JIRCAS, will host an online event to commemorate the publication of the OECD-FAO Agricultural Outlook Report 2021-2030, which summarizes trends in global agricultural markets. The authors will give live presentations and discuss strategic policy, science and technology areas necessary to maintain global food security. We look forward to your participation.