The general discussion (Chair: Dr. Kazunobu Toriyama, Director, Crop, Livestock and Environment Division, JIRCAS) was concluded by acknowledging the importance of long term soil experiments and necessity to share and utilize the experiment outputs as common resources among the researchers. The role of soil organic carbon (SOC) to increase land productivity was also discussed. Though SOC is a critical factor in the low fertile area like Northeast Thailand, the holistic approach which focuses not only carbon but the other factors relating to the plant productivity is useful.

The workshop promoted the information exchange among the researchers in this field and successfully provided the latest achievements in soil carbon sequestration studies and long term soil experiments. 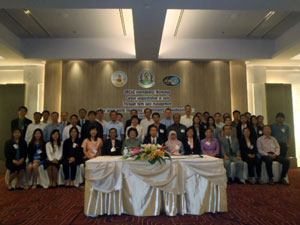 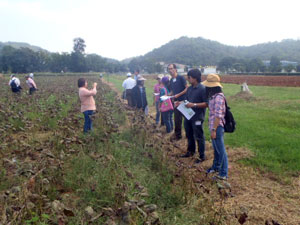 Field trip by the participants