As of April 1, 2020, the effects of the novel coronavirus infection (COVID-19) are worldwide. Lockdowns have also been implemented in Europe, America and Africa, and the media reports daily that the economic impact of a pandemic (economic epidemic) is comparable to or even greater than the Lehman's collapse or the Great Recession.

The “Lehman’s collapse” refers to a series of international financial crises triggered by the bankruptcy of an American investment bank in September 2008, starting from the subprime mortgage crisis that emerged in 2007, and eventually resulted in Great Recession. At the same time, while not many people may not remember as vividly as Great Recession, the global food crisis prompted by spikes in prices of agricultural commodities led to  political and economic instability and insecurity in the developing world. Between June 2006 and June 2008, the food price rose 2.3 times nominally and doubled in real terms (FAO World Food Situation), as a result of multitudes of combined factors. They included; drought in grain-producing countries, escalation of the biofuel boom due to rising crude oil prices, global speculative money flowing into the grain market due to a reduction in interest rates, and in addition to these factors, structural changes in food demand in Asia. It is also said that the long-term factors such as the reduction of the agricultural research budget and the stagnation of the improvement in yields led to the dramatic rise in the global food price. In April 2008, then the Secretary-General of the United Nations World Food Program (WFP) said that the world faced a “silent tsunami” , causing starvation of over 100 million people who had not been in a crisis six months before (Global Research 2008).

In the first half of 2008, rising global food prices spurred hoarding and political unrest in developing regions that depended on grain imports. It has been pointed out that not only the above factors but also the response of major exporters in the world trade and the timing of policy implementation contributed to the sharp increase in food prices in these countries (Headey 2011). For example, in the case of rice, which experienced a sharp price surge during this period, Vietnam and the Indian government announced export restriction as they faced tight domestic demand for rice in response to the rise in the world wheat prices. As a result, several countries followed, and it is said that many rice importing countries, such as the Philippines and Nigeria, started to hoard / store up. By May 2008, the prospects of an ample global supply against inflated prices and Japan's announcement of an export of its stock, which had not been realized, eventually ended the speculation (Headey 2011).

Even in the current COVID-19 Pandemic, the media is reporting of consumers buying up and hoarding foodstuffs as movement restrictions announced. It is not only ordinary consumers who hoard. At the time of this pandemic, some governments have already started to secure food for their national supply (Bloomberg). For example, Kazakhstan, one of the world's largest wheat exporters, has banned the export of wheat flour, which is a raw material for bread, in addition to carrots, sugar, and potatoes. Vietnam, the world's third largest rice exporter, has suspended new export contracts (mostly to the Philippines). Russia takes a wait-and-see attitude while Serbia stops trading sunflower oil. China, which is the world's largest rice producing and consuming country, already has had sufficient stock for just over a year, and still  promises farmers to purchase more than usual year before harvest.

Although future trends are uncertain, there is a possibility that food prices will rise due to trade restrictions, distribution, and stockpiling being carried out under a lockdown to contain the pandemic. Historically, rising food prices have caused political unrest. Even if there is sufficient food stock at the global level, if food security nationalism emerges and hampers the functioning of the global food supply chain, there is concern that the food crisis can return. Governments must work together to maintain the global food security.

On April 1, 2020, the Secretary-General of the United Nations Food and Agriculture Organization (FAO), World Health Organization (WHO) and World Trade Organization (WTO) said in a joint statement that people all over the world today are committed to food security and livelihoods. Relying on international trade, countries must cooperate to avoid export restrictions so that actions by countries to contain the COVID-19 pandemic do not have an unintended effect on world trade and food security(FAO HP). FAO shows that facing the pandemic this time around, there has been ample food supply globally, especially stable food  prices with a prospect of good harvest in 2020, so emphasizes that the international community does not have to panic. At the same time, border blockades and quarantine can disrupt markets and supply chains, suggesting that the resilience of global food supply systems will be tested in the coming weeks and months. Logistics restrictions have already hindered the distribution of fruits and vegetables in some regions, and in April-May, a shortage of workers in the agricultural and food processing industries became apparent due to movement restrictions, and a shortage of chemical fertilizers and pesticides may also affect agricultural production. FAO aims to mitigate food and nutrition security risks from the pandemic and recommended (1) meeting the urgent food needs of the most vulnerable societies, (2) strengthening social protection programs, and (3) improving distribution and trade efficiencies, and emphasized the importance of international cooperation.

As FAO emphasizes, there is a sufficient stockpile of maize, wheat, soybeans and rice globally as of April 2020. On the other hand, these crops are traded in US dollars on the international market, and food importing developing countries experiencing depreciation of their currencies against the dollar are undoubtedly subject to the greatest shocks (Bloomberg). Although economies of many Sub-Saharan African countries heavily depend on agriculture, they have become net food importers as the growth in agricultural productivity and food supply cannot keep up with the growth in food demand accompanying the doubling of the population over the past few decades. Even if the shock of rising food prices has a short-term impact, it can cause social and political unrest. Stabilizing food production in the medium to long term is one of the greatest challenges for the global food security, with further doubling of the population expected by 2050. The global food security from a short-, medium-, and long-term perspective is also a critical concern to Japan, which is dependent on imports for its 63% calorie-based food supply.

In order to maintain food and nutrition security for the international community facing the global crisis while the interdependence of each country is increasing due to globalization, it is necessary to identify and provide accurate and systematic information on food supply and demand. International cooperation is essential in order to achieve uninterrupted production, distribution and trade in the system. JIRCAS has one of its missions to systematically collect and strategically provide information related to the international agriculture, forestry and fisheries related to global food security. For more details, please visit the website of the Research Program on Information Analysis.

FAO HP. COVID-19 and the risk to food supply chains: How to respond? 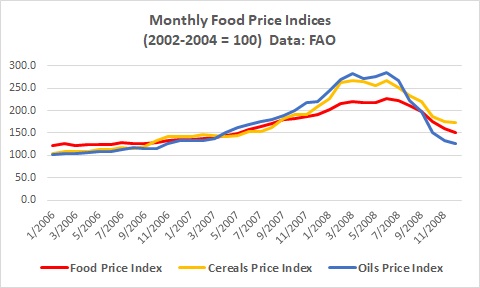 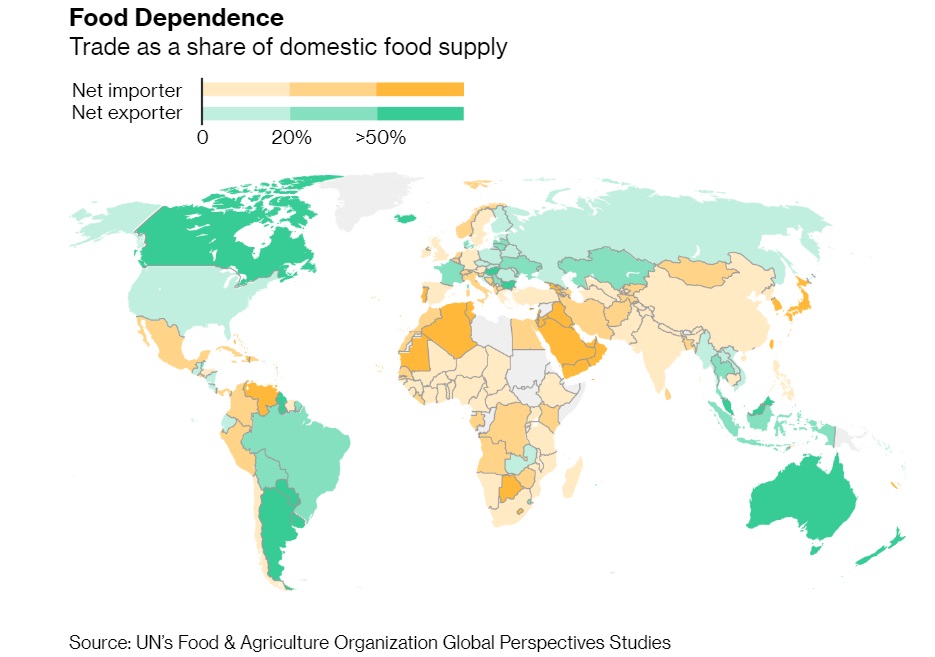