Dr. TORIYAMA Kazunobu, former Director of the Crop, Livestock and Environment Division, and his colleagues have been awarded the 2020 Best Paper of Soil Science and Plant Nutrition  (SSPN Award) for their paper "Contribution of fallow weed incorporation to nitrogen supplying capacity of paddy soil under organic farming".

Dr. TORIYAMA Kazunobu, former Director of the Crop, Livestock and Environment Division, and his colleagues have been awarded the 2020 Best Paper of Soil Science and Plant Nutrition  (SSPN Award) and received the certificate at the award ceremony at the Annual Meeting of Japanese Society of Soil Science and Plant Nutrition held online on September 15, 2021.

The award-winning paper entitled Contribution of fallow weed incorporation to nitrogen supplying capacity of paddy soil under organic farming was supported by the Japan Society for the Promotion of Science Grant-in-Aid for Scientific Research Grant Number (B) 26310304 (PI: Prof. KOBAYASHI Kazuhiko, University of Tokyo).

In the paper, fallow weeds were labelled with nitrogen(N) isotope (15N) to track the behavior of N after soil incorporation and to understand the phenomenon that fallow weed incorporation enhances soil N supplying capacity of paddy soil under organic rice farming. Since, an organic farmers in Tochigi Prefecture have been plowing in grass weeds (mainly Alopecurus aequalis) during the fallow season for nearly 20 years, and have maintained an average paddy yield of 4.4 t ha-1. The research was conducted to clarify this sustainable rice cultivation practice.

Specifically, the cultivation tests showed that 17% of the N absorbed by rice becomes weed-derived through continuous weed incorporation for several years or more, and that sustainable rice production is possible by increasing and maintaining soil N supply capacity through weed-derived N. In conventional organic rice cultivation, leguminous green manure has been attracting attention from the aspect of aerial N fixation, but it tends to cause excessive N supply, and its control has been an issue. The grass weed plowing during the fallow season, which is the subject of this study, absorbs 30-40 kg N ha-1 of the mineralized soil N  during the fallow season in early spring and returns the entire amount to the soil, which not only reduce N loss from fallow fields but also supply comparatively stable amount of N, thus an adequate N supplying technique for organic rice farming.

Incidentally, in May 2021, the Ministry of Agriculture, Forestry and Fisheries (MAFF) formulated the Strategy for Green Food Systems, MeaDRI to achieve both productivity improvement and sustainability of the food, agriculture, forestry and fisheries industries through innovation in order to build a sustainable food system. One of the goals of the strategy is to increase the ratio of organic farming to total cultivated land to 25% (1 million hectares) by 2050.

The results of this study, which revealed the contribution of fallow weeds to nitrogen supply in paddy field soils under organic farming, not only received high academic acclaim, but will also contribute to the establishment of a sustainable food system through the promotion of organic farming in Japan and overseas. 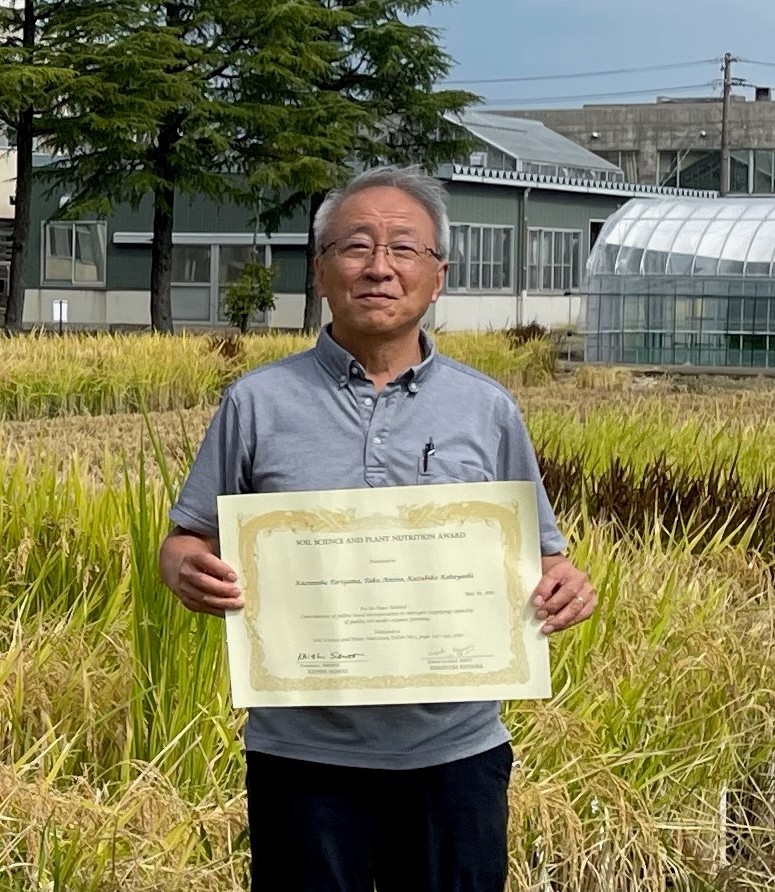 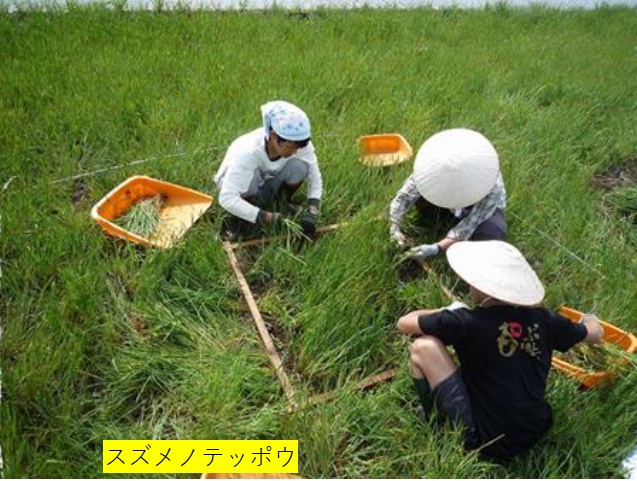