The Minister of State for Okinawa and Northern Territories Affairs, Mr. Mitsuhiro Miyakoshi visited the Tropical Agriculture Research Front (TARF) on December 16, 2018. The visit was in conjunction with the Ryukyu Awamori Overseas Export Project, an initiative launched early this year by the government, Okinawa Awamori Distillers Association, and private companies to promote the export of Ryukyu Awamori, an alcoholic beverage indigenous and unique to Okinawa.

TARF is the research base and site for research of breeding and cultivation of long grain indica rice cultivars suitable for Awamori brewing. The Minister also had a tour of the paddy field where the TARF researchers explained about the progress of breeding brewing cultivars of rice. 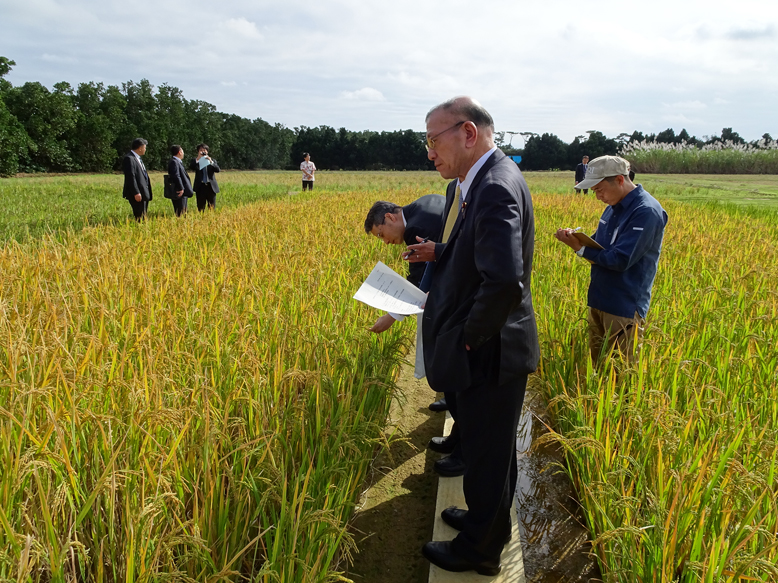 Minister Miyakoshi at the experimental paddy field for indica rice 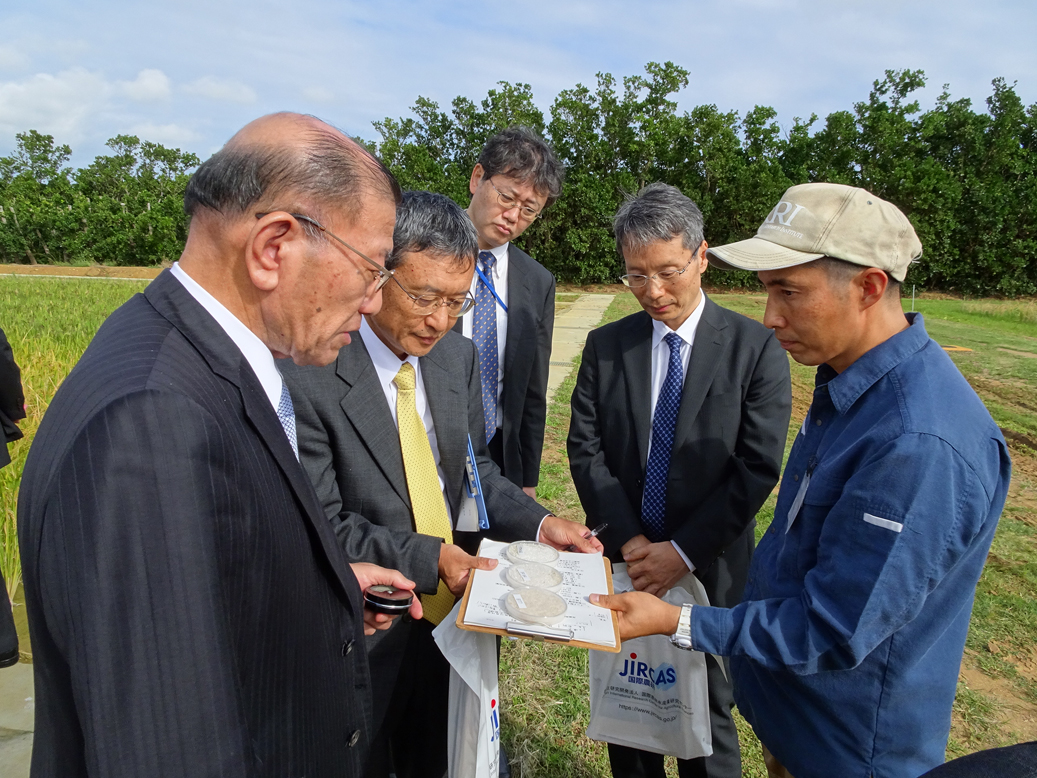