Dr. Kotaro Maeno, a researcher in the Crop, Livestock and Environment Division, was among those chosen to receive the Fifth Niigata International Food Award, winning in the 21st Century Hope Prize category. He accepted his prizes and gave a commemorative lecture following the award ceremony at Toki Messe Niigata Convention Center in Niigata City on November 8, 2018.

The Niigata International Food Award, Japan’s only international award in the field of food security, was established jointly by various contributors from Niigata’s industrial, agricultural, academic, and administrative sectors. It honors the achievements of individuals or groups to help solve the world’s food problems. The 21st Century Hope Prize, which is one of the three award categories, recognizes young scientists involved in joint research or development activities that are novel and creative and has potential for future success through commercialization and implementation.

Dr. Maeno’s research on the widely distributed desert locust in Africa was highly evaluated for elucidating the physiology and ecology of the insect pests in the Sahara Desert and for being the only field survey done on the topic. The information obtained through his research is expected to contribute toward solving global-scale agricultural problems.

Dr. Masa Iwanaga, president of JIRCAS and winner of the Main Prize at the Fourth Niigata International Food Award in 2016, was also at the ceremony to give congratulatory words on behalf of the past winners. 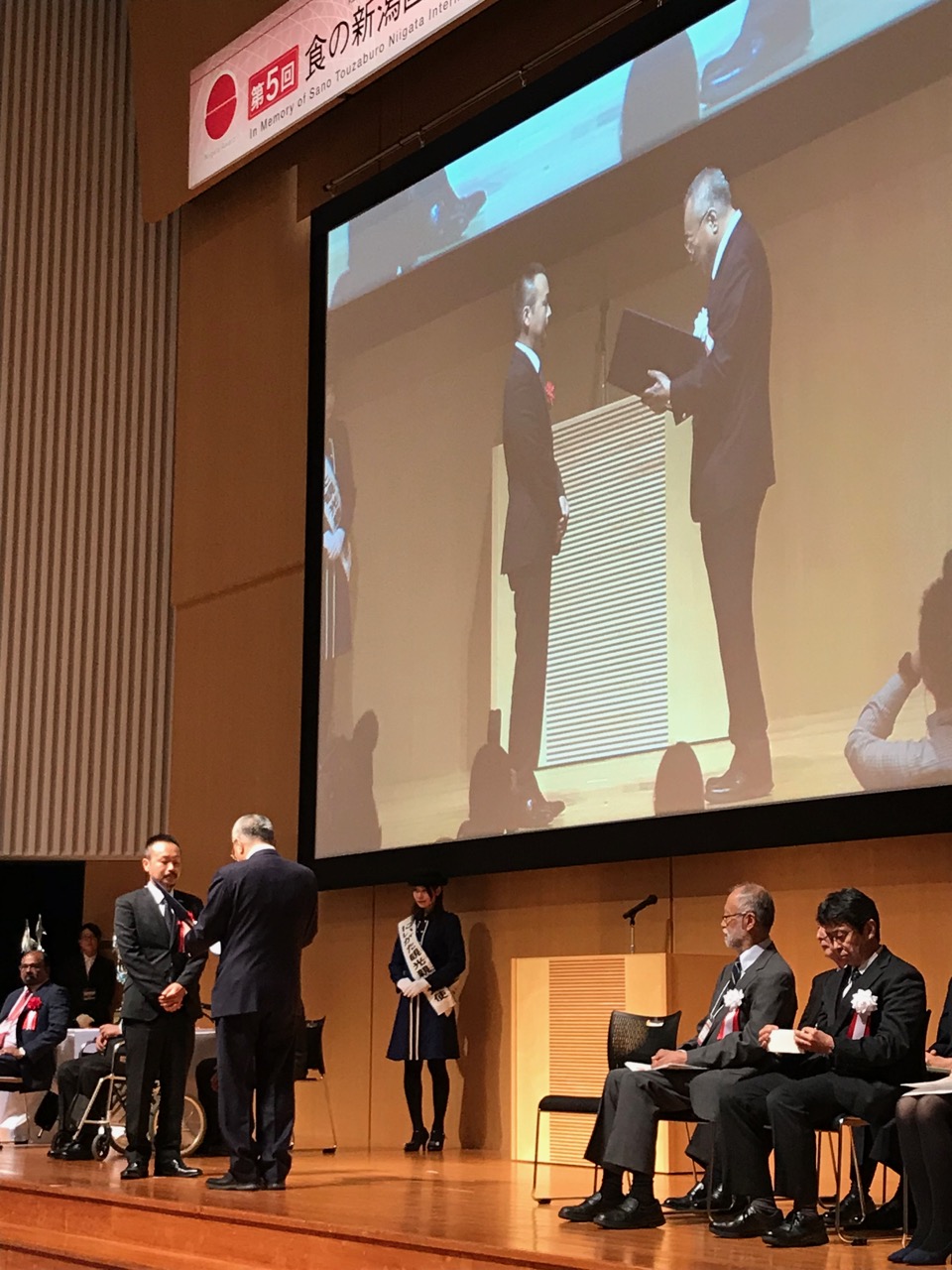 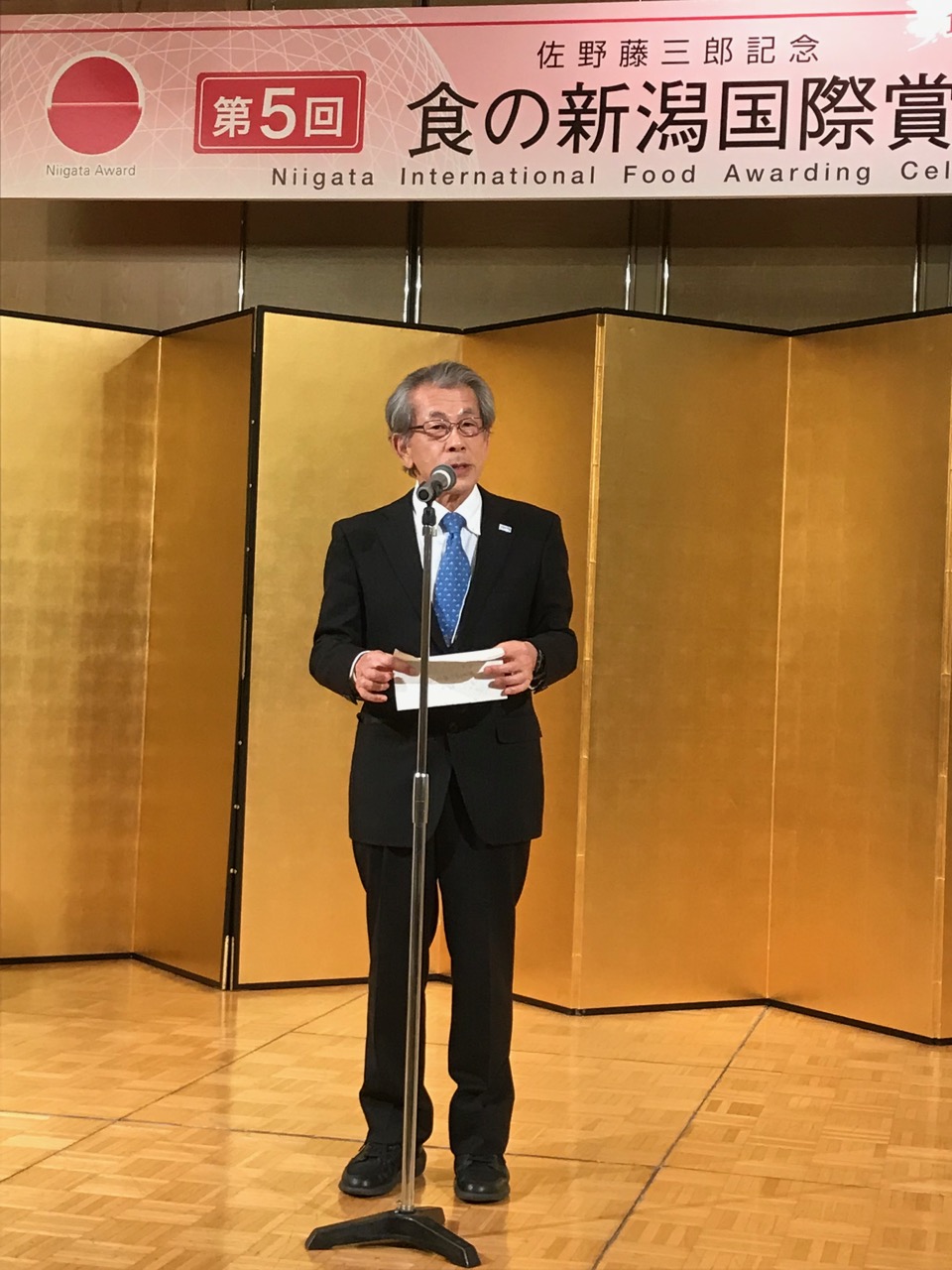 Congratulatory words on behalf of the past winners by Dr. Masa Iwanaga, president of JIRCAS 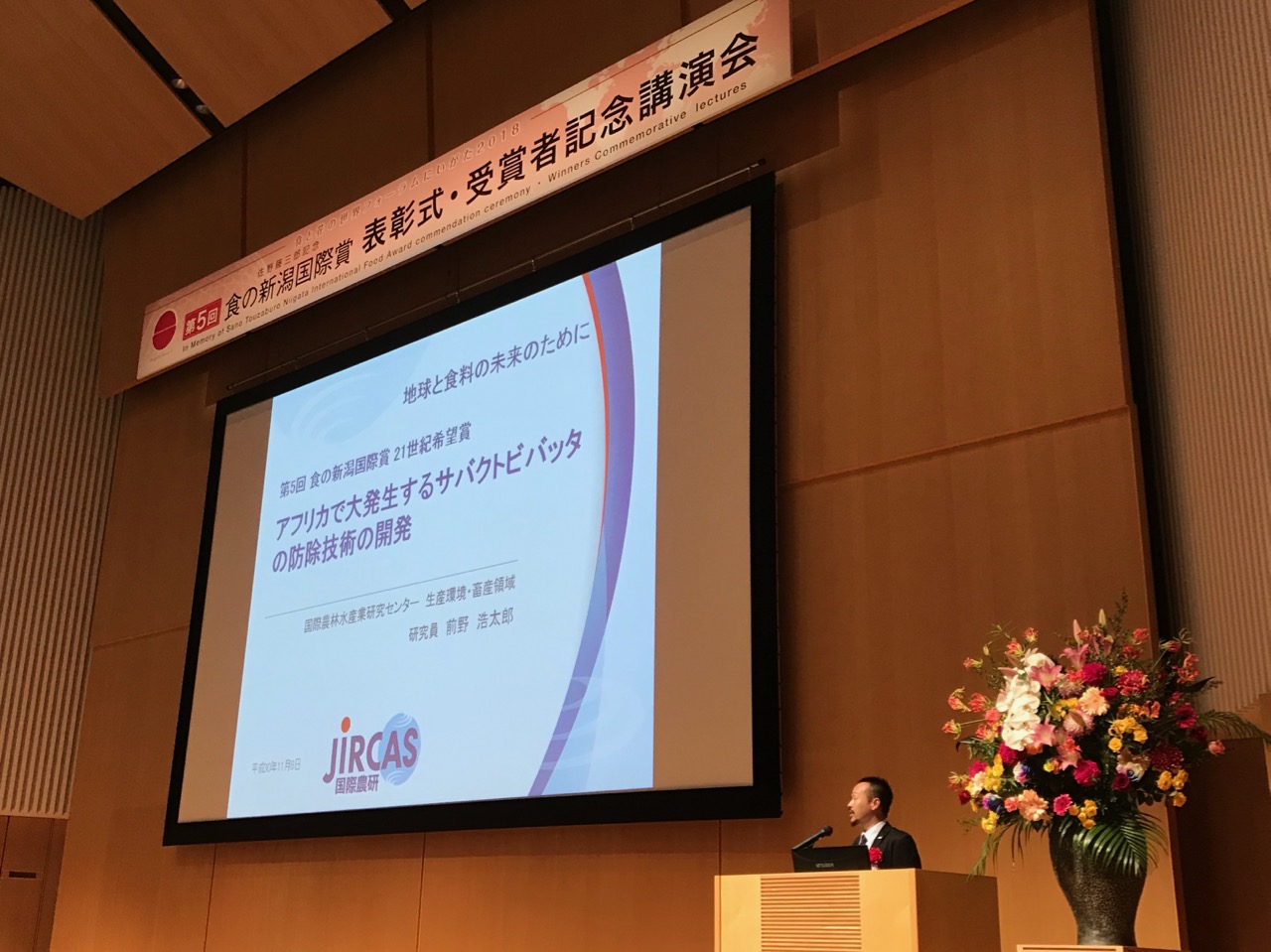 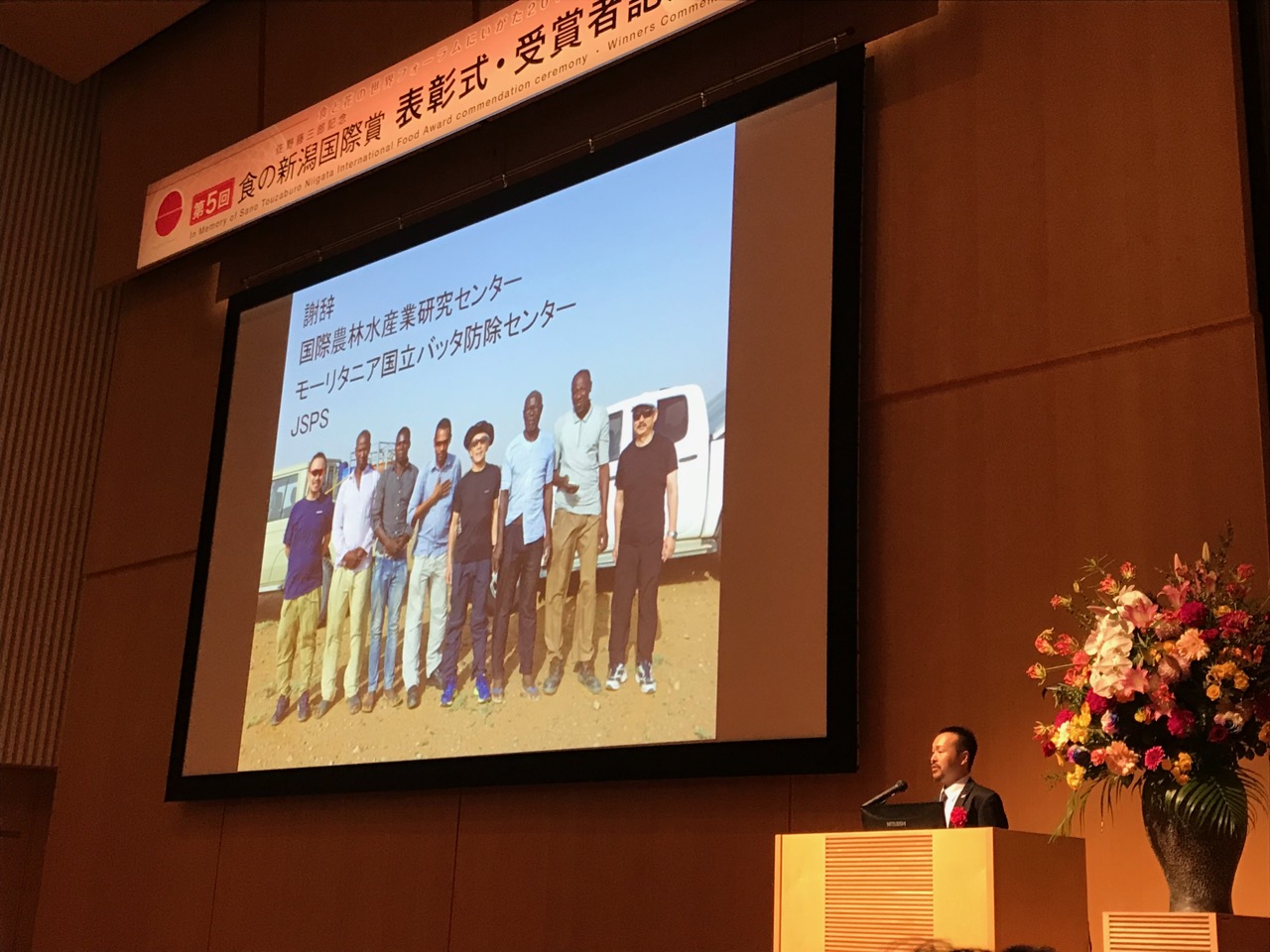