The Minister and Head of the Prime Minister's Office of Lao People’s Democratic Republic, Dr. Phet Phomphiphak visited JIRCAS on July 11, 2018. He was accompanied by his wife, Ms. Vongdala Phomphiphak, Mr. Boundeth Southavilay (Secretary to Head of Prime Minister’s Office) and Dr. Linkham Douangsavanh (Director-General of General Research Department, Prime Minister’s Office). JIRCAS has been continuously implementing projects in Laos since 2003 and Minister Phomphiphak had attended a JIRCAS-hosted workshop previously held in Laos when he was still the Deputy Minister of Agriculture and Forestry.

The Lao PDR delegation had discussion with the JIRCAS executive staff and directors on the current status of research projects being carried out in Laos. Project leaders also gave an overview of the research projects on agricultural and mountain village resource utilization, food value chain, valued forestry, and tropical fishery resources. In his remarks, Minister Phomphiphak extended his appreciation to JIRCAS for the research activities in Laos, commented on each of the current projects, and expressed his hope for continuation of active and smooth research activities in Laos in the future. 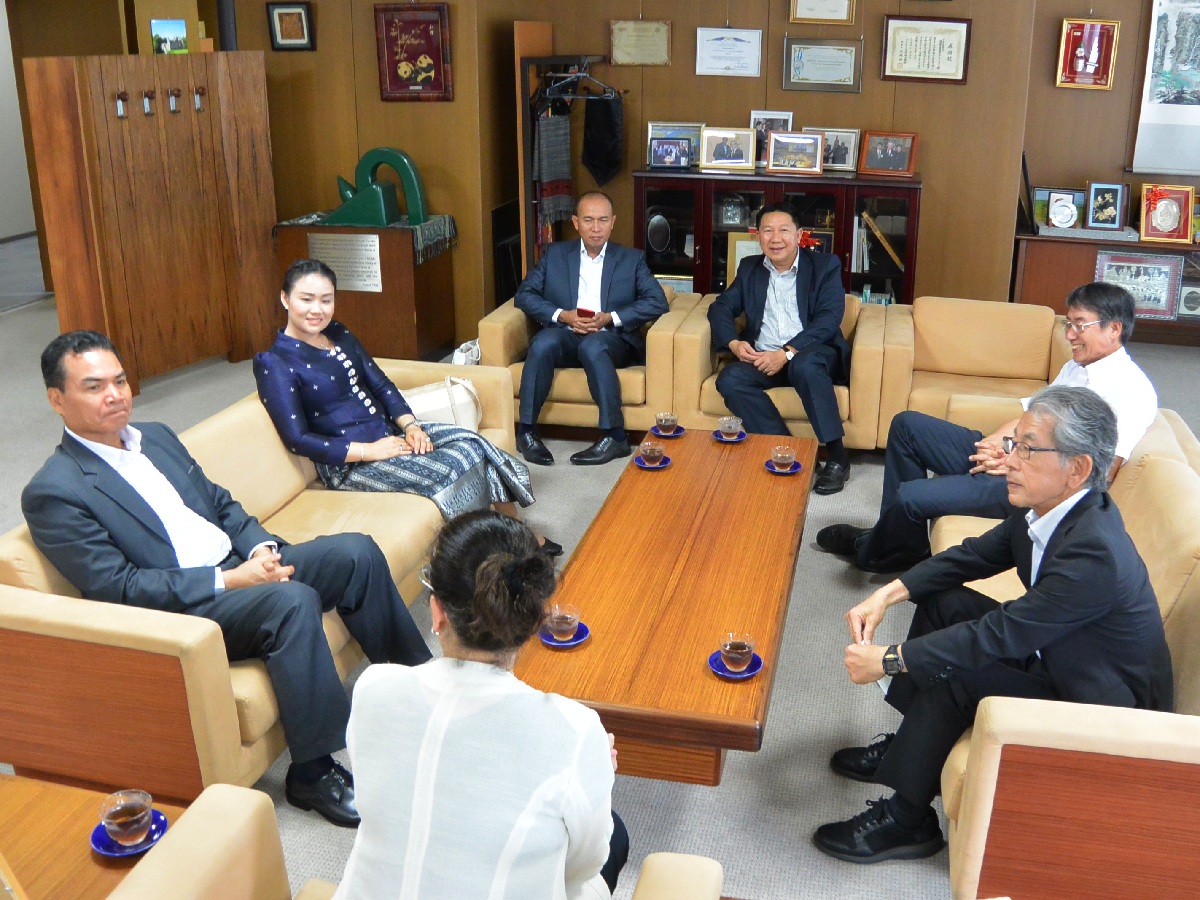 Dr. Phet Phomphiphak (leftmost) and his wife (second from left) with Pres. Iwanaga and Executive staff 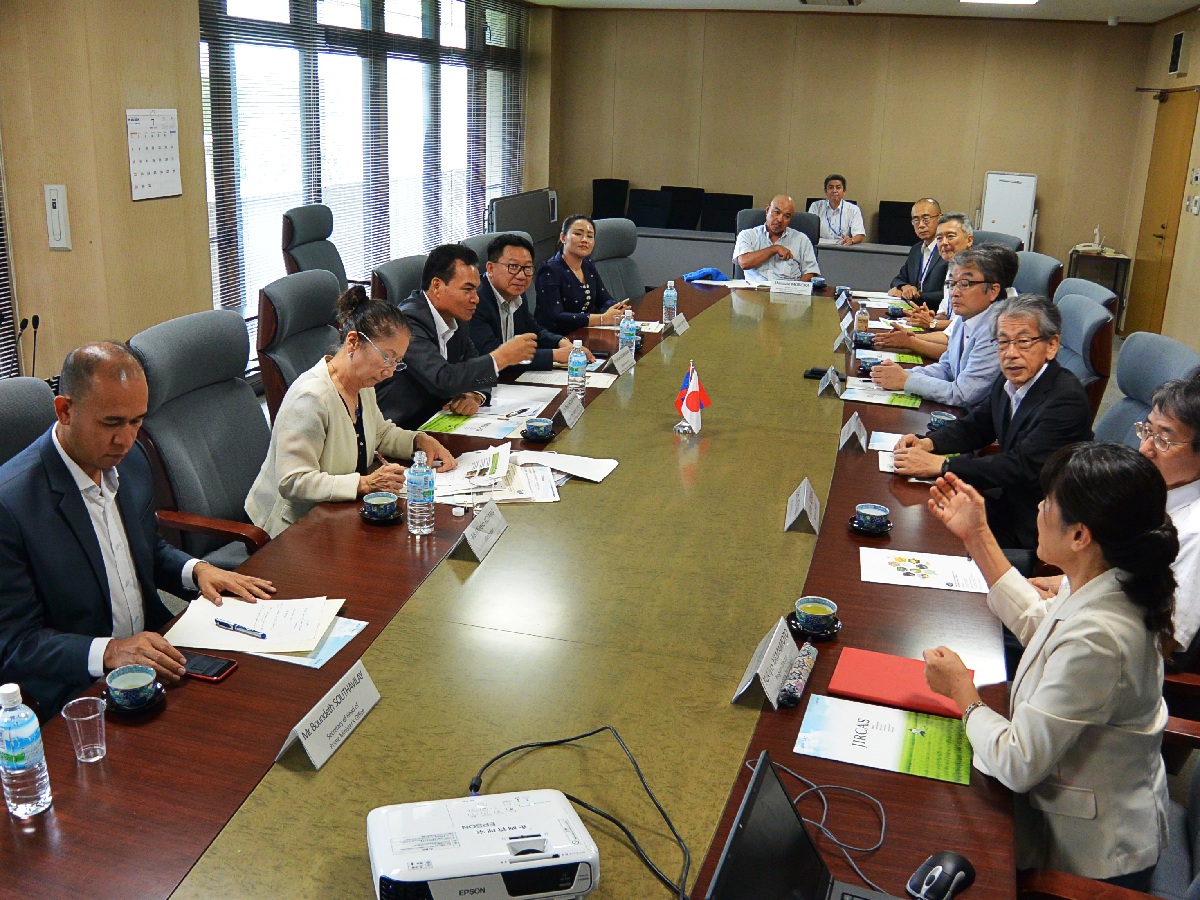