Dr. OMAE was awarded for his studies on the physiological traits of leguminous crops and the adoption of sustainable crop production technologies in adverse environments such as the Sub-Saharan Africa (SSA), where high temperature and drought are critical to crop production. He developed simple physiological indexes to evaluate high temperature or drought tolerance of common bean or cowpea after examining plant physiological responses to environmental stresses. For the Sahel, he developed several technologies to improve the fertility of sandy soils in pearl millet/cowpea intercrops and promote the application of organic materials (millet husk, manure, or both) available from an adjacent village. For the Savanna, he elucidated the contribution of intercropping pigeon pea with cereals to stable crop production, both as residual mulch and as nitrogen source, when it was applied across seasons.

In addition to Dr. MATSUDA, Dr. TAKARAGAWA Hiroo (Researcher) was also awarded the “Promotional Award for Achievement in Tropical Agriculture” for his study, titled “Sustainable sugarcane production through effective use of varietal diversity,” which he carried out during  his previous stint at the University of the Ryukyus in Okinawa. 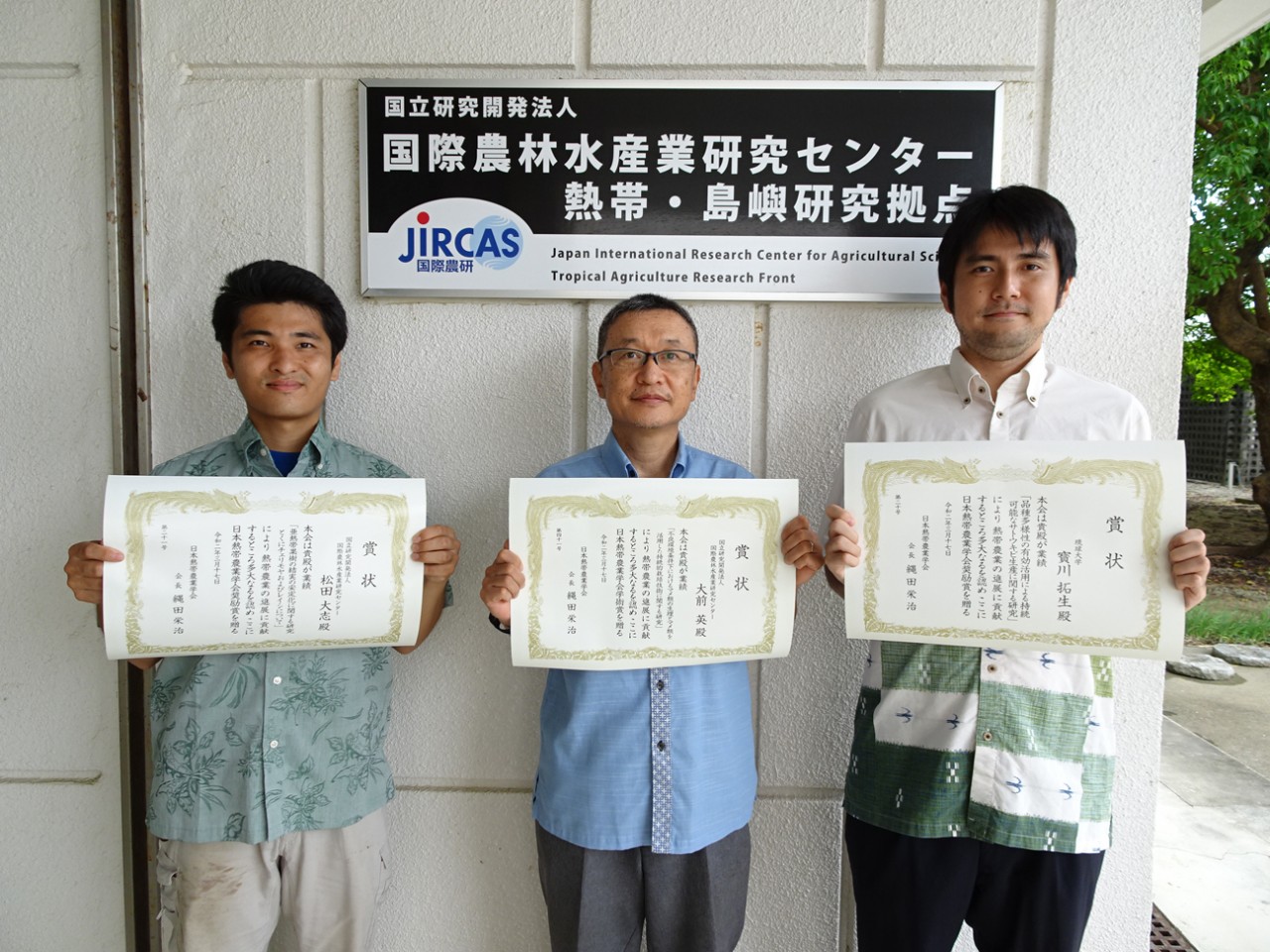