JIRCAS President Dr. Masa Iwanaga attended the 8th annual Council Meeting of the Global Research Alliance on Agricultural Greenhouse Gases (GRA) held in Berlin, Germany on September 10-11, 2018. The GRA on Agricultural Greenhouse Gases is an international research network organized in 2011 in accordance with government agreements with the aim of significantly reducing greenhouse gas emissions in the agricultural sector. As of September 2018, 51 countries are participating in GRA. Japan became the first chair in Asia last year, and Pres. Iwanaga led the activities of GRA and chaired the 7th GRA Board meeting held in Tsukuba in August 2017.

At the beginning of the Council Meeting, Pres. Iwanaga summarized the achievements during the presidency of Japan including the participation of three new countries from Africa, namely, Senegal, Democratic Republic of Congo and Republic of Namibia as official GRA members. As a side event, the GRA activities were introduced at the United Nations Conference on the Parties to the Climate Change Convention (COP23) held in Bonn, Germany last year. Pres. Iwanaga took over the duties of the chairman at this Board of Directors meeting with Dr. Wolfgang Zornbach of the German Federal Ministry of Food and Agriculture. 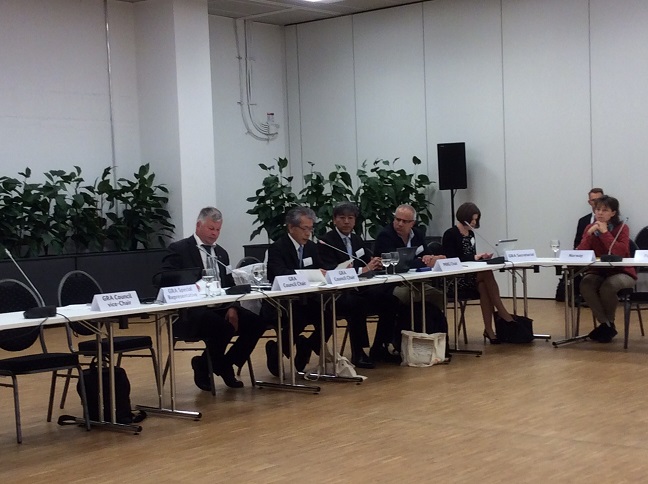