Dr. Masa Iwanaga, President of JIRCAS, opened the symposium. He mentioned several new keywords in international development such as ‘nutrition security,’ ‘establishment of food value chains,’ ‘resilience,’ and ‘inclusive development,’ all of which focus on qualitative development rather than quantitative expansion of the economy as represented by GDP growth rates. He also spoke of the major objectives of the symposium, zeroing in on ‘quality,’ a common aspect of these emerging keywords.

Dr. Masa Iwanaga, President of JIRCAS, opened the symposium. He mentioned several new keywords in international development such as ‘nutrition security,’ ‘establishment of food value chains,’ ‘resilience,’ and ‘inclusive development,’ all of which focus on qualitative development rather than quantitative expansion of the economy as represented by GDP growth rates. He also spoke of the major objectives of the symposium, zeroing in on ‘quality,’ a common aspect of these emerging keywords.

Mr. Masamichi Saigo, Director General of the AFFRC Secretariat, MAFF, and Dr. Kazuhiko Takemoto, Director of UNU-IAS, welcomed the participants. Mr. Saigo emphasized the importance of investment into agricultural research and development, which will contribute to the improvement of productivity through technological innovations. He expressed optimism that the symposium will provide valuable suggestions in order to improve the quality of research output and approach, and to optimize the impact from R&D investment. Dr. Takemoto, in addition, expressed his expectations that the symposium will accelerate agricultural R&D and will lead toward sustainable development of agriculture, forestry and fisheries as well as other related industries in Asia and the world.

The first keynote speech, titled ‘Harnessing agricultural biodiversity for improved nutritional quality, more effective climate change adaptation and better rural livelihoods,’ was delivered by Ms. M. Ann Tutwiler. She lectured on the importance of biodiversity, which is key to addressing the mounting threats to food and nutrition security such as land degradation, climate change, and economic inequality.

The second keynote speech, titled ‘Why the Quality of Growth Matter? - from JICA’s experiences,’ was delivered by Mr. Ichiro Tambo. In addition to the three key components of ‘quality growth,’ namely, inclusiveness, sustainability, and resilience, he suggested ‘innovation’ based on knowledge and technology as another key component to ensure ‘quality’ in growth.

Researchers and experts from JIRCAS and its collaborating institutes shared their experiences and opinions during the three thematic sessions that followed.

In Session A (Researches for climate-resilient and sustainable agriculture), a speech titled ‘To establish an agricultural system which harmonizes human life with the environment through smart use of rural resources in a regional environment - JIRCAS’s climate change initiatives for the Mekong Delta, Vietnam’ was delivered by Dr. Yasukazu Hosen. He introduced various activities under the JIRCAS Climate Change Response Project in Mekong Delta region such as the reduction of greenhouse gas (GHG) emissions from paddy fields by alternate wetting and drying (AWD). Dr. Yuji Niino followed with a speech titled ‘Conservation agriculture as a climate change resilient option – Case studies in Asia and Africa.’ He reported on FAO’s efforts to disseminate conservation agriculture, enabling the reduction of negative impacts on both the environment and on crop yields.

In Session B (Approaches to enhance stable food production and consumption in Africa), Dr. Satoru Muranaka delivered a speech titled ‘A way to strengthen the role of cowpea in West Africa.’ He focused on cowpea, a major legume in West Africa. He introduced his research, implemented under the JIRCAS EDITS (Evaluation and Utilization of Diverse Genetic Materials in Tropical Field Crops) Project, promoting the wider use of genetic diversity of cowpea for its value addition. Another speech, titled ‘Responding to consumers’ preference in African rice markets: Experiences of Africa Rice Center,’ was delivered by Dr. Rose Edwige Fiamohe. She reported on the activities of Africa Rice Center to improve the competitiveness of African rice against imported rice through analysis of consumers’ preferences.

In Session C (Evaluation of the various uses of indigenous resources and establishment of value chains in Asia), Dr. Kenichiro Kimura delivered a speech titled ‘Uses of Non-Timber Forest Products in Lao PDR and their values.’ He reported on the importance of NTFPs in the food supply system and household economy in rural areas. The roles of NTFPs were identified in his study, which is being implemented under the JIRCAS project titled ‘Establishment of sustainable and independent farm household economy in the rural areas of Indochina.’ Ms. Patcharee Tungtrakul followed with a speech titled ‘Effort in Thailand for value chain establishment and international collaboration.’ She discussed the establishment of successful value chains in Thailand, featuring rice, indigenous crops, and fermented food items.

In the wrap-up discussion, session chairs and symposium participants exchanged their views about the diversity of research topics, target-setting for ‘quality’ research, and how to achieve inclusiveness in agricultural researches. The symposium was concluded by Dr. Masa Iwanaga, who emphasized the importance of diversified thinking and the necessity of hearing different viewpoints, from consumers and communities as well as farmers. He also said that research outputs should always lead to practical impacts to our individual societies in order to realize ‘quality’ research. 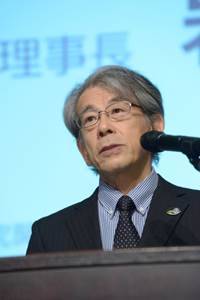 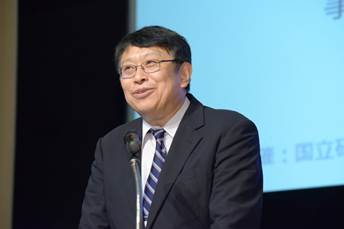 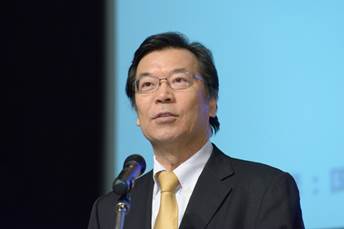 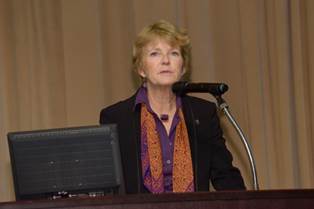 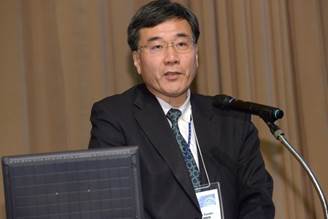 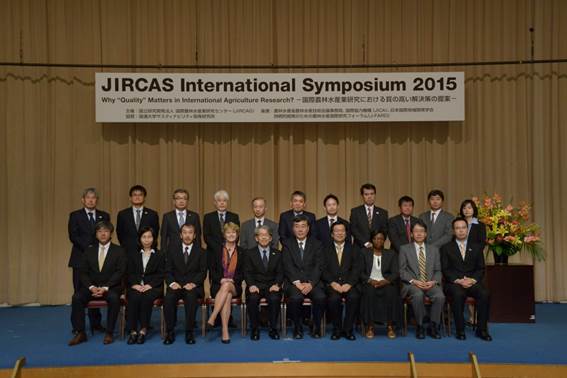 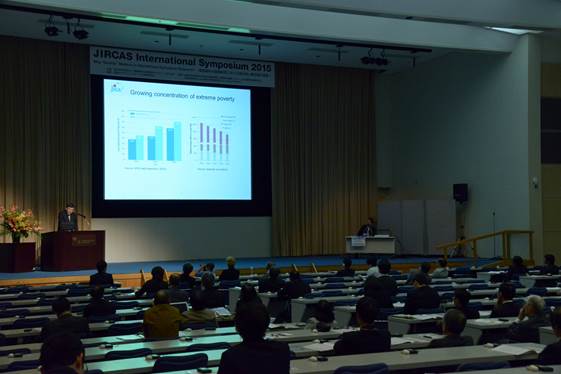