This project is an international joint research project targeting forests in Indonesia, aiming to enhance the resilience of the existing forestry industry, which is vulnerable to climate change, and to make it a sustainable industry. Specifically, the project will develop climate change-adaptive forest tree varieties (falcata, dipterocarps etc.) through genome selection, and establish seedling production technology through tissue culture and other methods. Also, based on timber production and ecosystem functions (greenhouse gas absorption, non-timber resources etc.), the project will also evaluate the effects of introducing climate change-adaptive varieties into existing tropical forestry from the perspective of local communities and local economies.

The first part of the ceremony was attended by the President of JIRCAS, the President of Gadjah Mada University, the Director of the Forest Utilization Business Control of the Ministry of Environment and Forestry of Indonesia, the Deputy Director of JICA Indonesia Office, and the Director of JST Singapore Office. In addition to congratulatory remarks and expectations for the project, it was confirmed that the parties concerned from both countries would cooperate and work together to achieve the manifestation and social implementation of the research results. In the second part, researchers from Japan and Indonesia explained the challenges of forests and forestry industry in Indonesia and the project implementation plan. Furthermore, they visited the Wanagama Experimental Forest of Gadjah Mada University, one of the project sites, and confirmed the accumulation of teak and other tropical forest genetic resources.

Forests in tropical regions are expected to be more affected by climate change than those in other regions, and there is an urgent need to improve their resilience through the planting of climate resilient seedlings. JIRCAS, in collaboration with other participating institutions, will continue to contribute to the SDGs by improving forestry technology in Indonesia, the partner country, to solve global-scale issues. 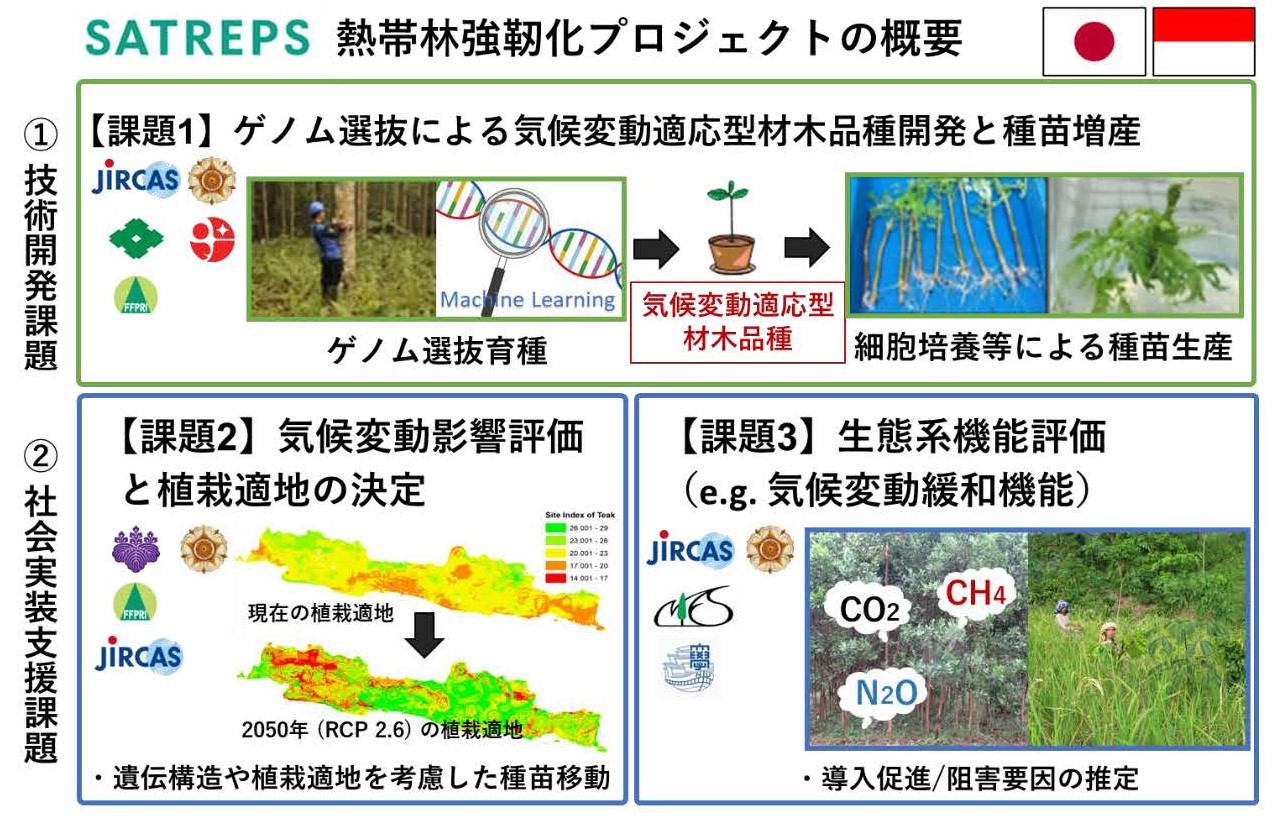 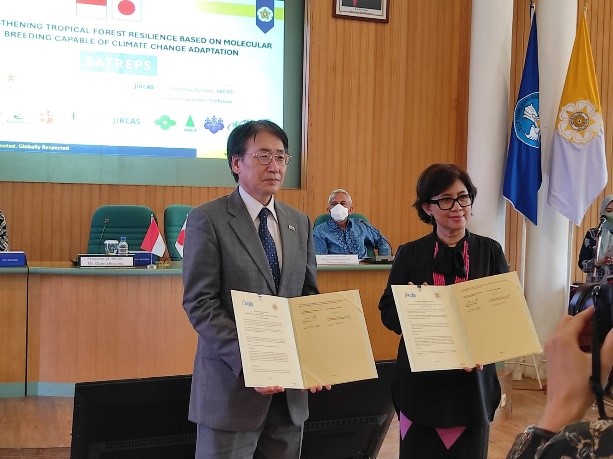 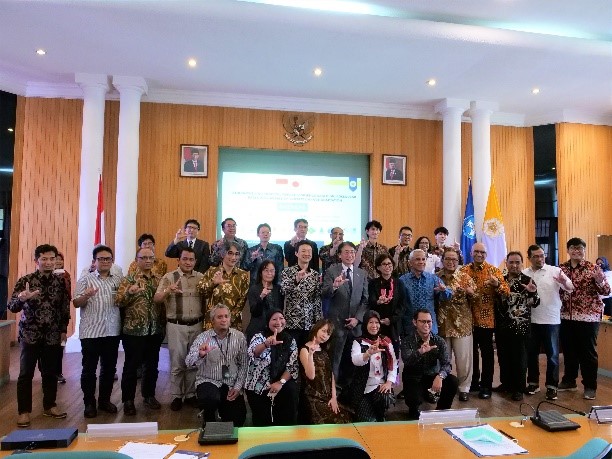 Commemorative photo after the ceremony (total of 30 participants) 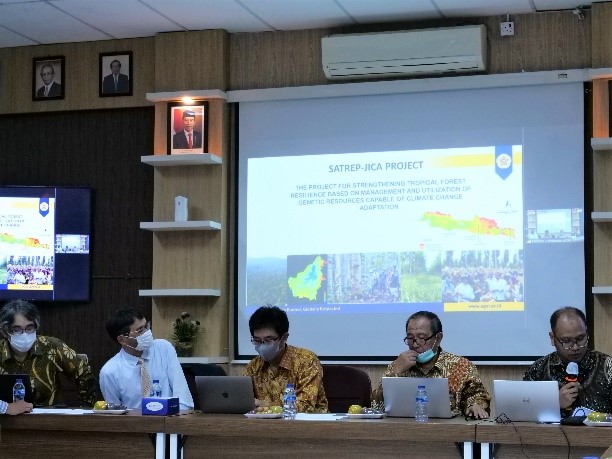 Explanation of the project implementation plan 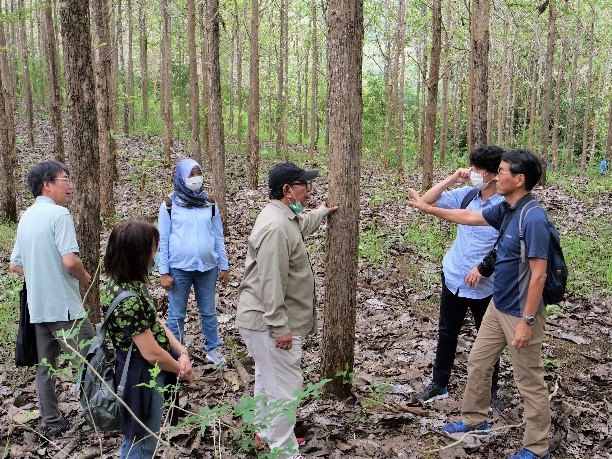 Inspection of the Wanagama Experimental Forest