On December 9, 2021, JIRCAS held the "Achievement Briefing Meeting on Asian Monsoon Plant Factory System (AMPFS) Follow-up Activities" at the Tropical Agriculture Research Front (Ishigaki City, Okinawa Prefecture). The purpose of the meeting was to report on the activities of the research project "Development of the Asian Monsoon Model Plant Factory System for Asian Monsoon Area” , and to establish a concrete path for the social implementation of AMPFS both domestically and overseas. This project aims to promote the informatization and production system innovation for agriculture, forestry, fisheries and food industries (FY2016-2020) under the “R&D model project of the Field for Knowledge Integration and Innovation”.

The meeting was attended by representatives from the embassies of India, Indonesia, and United Arab Emirates, who are interested in the introduction of plant factory system in their respective countries. A tour of the TARF plant factory system facilities allowed the participants to observe the environmental control system of the Asian monsoon model plant factory system for hot and humid environments and the cultivation of tomatoes and strawberries. An overview of the ongoing research project "Establishment of Strawberry Cultivation Technology in the Asian Monsoon Region" (FY2021-FY2023), which has been launched under the “R&D model project of the Field for Knowledge Integration and Innovation” to further develop the results obtained so far was also presented during the meeting.

Social implementation of the AMPFS is expected to realize stable production of high-quality vegetables in Japan as well as in hot and humid regions overseas where global warming is advancing, including Southeast Asia. The representatives from the embassies of the countries who attended the meeting were also very interested in AMPFS.

In the future, TARF will support the start-up company in terms of research, and as a coordinator responsible for promoting the AMPFS in Japan and overseas, will work towards the improvement of the profitability of agricultural producers in Southeast Asia and other regions, and contribute to the SDGs. 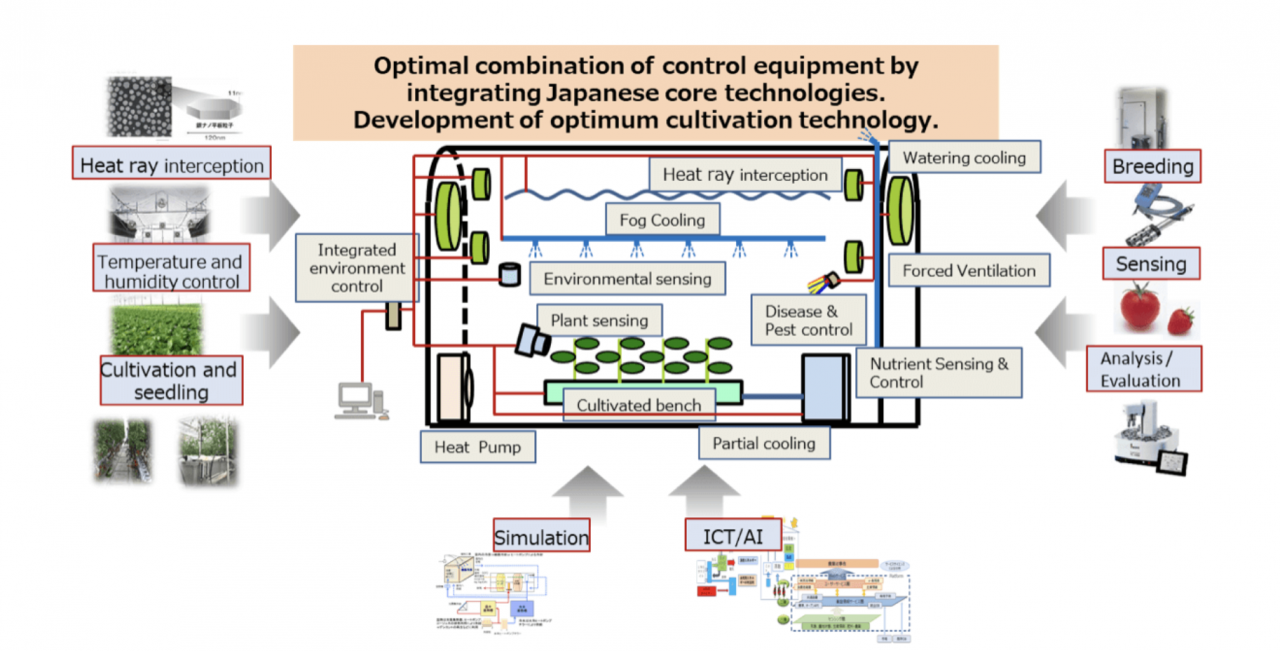 Overview of the Plant Factory System