The delegation had discussions with Dr. Satoshi Tobita (Program Director, Environment and Natural Resource Management) and Mr. Nobuyoshi Fujiwara (Project Leader, Climate Change Measures) on efforts in developing technologies for efficient use of water in agriculture and reducing greenhouse gas emission. JIRCAS has been conducting research on reducing GHGs through AWD (alternating wetting and drying) in Vietnam and on-farm trials in An Giang Province have been successfully implemented. The research findings have been compiled into a policy suggestion paper and handed over to the local government. The discussion also focused on disseminating the technical seeds revealed by the research to the farmer level.

The commitment of Vietnam to reduce GHG emissions by 5% annually over the next five years, placing emphasis on the reduction of GHG derived from agricultural activities in paddy fields was also discussed. In particular, the goal was to deploy AWD until 2025 in about 1 million hectares of rice paddy fields, which correspond to 30% of the total paddy fields in Vietnam. With the success of efforts in developing technologies for GHG reduction in the Mekong Delta paddy fields, there was a request from the Vietnam side for JIRCAS to pursue a similar research in the Red River Delta in the north along with the Mekong Delta. 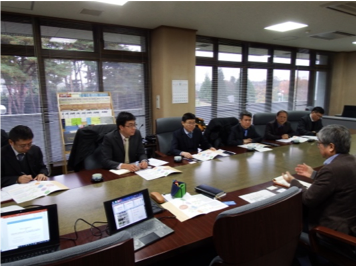 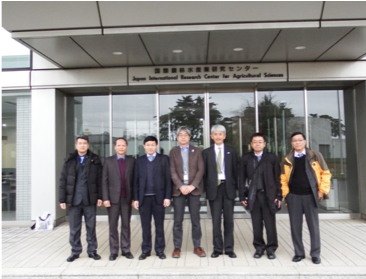