As part of research aimed at stabilizing agricultural production in poor environmental regions of the world, JIRCAS has been developing crops that apply salt tolerance genes for China, Vietnam, and India. Using the gene Ncl discovered by JIRCAS, a new soybean variety ‘Sudou27’, which can be grown in salt-affected areas along the Chinese coast, has been developed in collaboration with the Jiangsu Academy of Agricultural Sciences of China.

‘Sudou27’ is a salt-tolerant soybean variety developed primarily for use as a food oil ingredient in response to the growing demand for soybeans in China. The hybrid progenies, obtained from an artificial cross between a Chinese soybean intermediate maternal line and a line containing the salt-tolerant gene Ncl, which was discovered by JIRCAS in a Brazilian soybean variety, were used for generation and selection of superior lines in China. The local New Variety Review Committee has recognized the superiority of ‘Sudou27’ due to its high seed yield, salt tolerance, and disease resistance, and registered it as a new variety in China on August 29, 2022.

The success of the new variety will open the way for the application of the salt-tolerant gene, the result of basic research, in soybean breeding, and is expected to stabilize soybean production in areas where farmland is affected by salt damage.

For Inquiries about this new variety 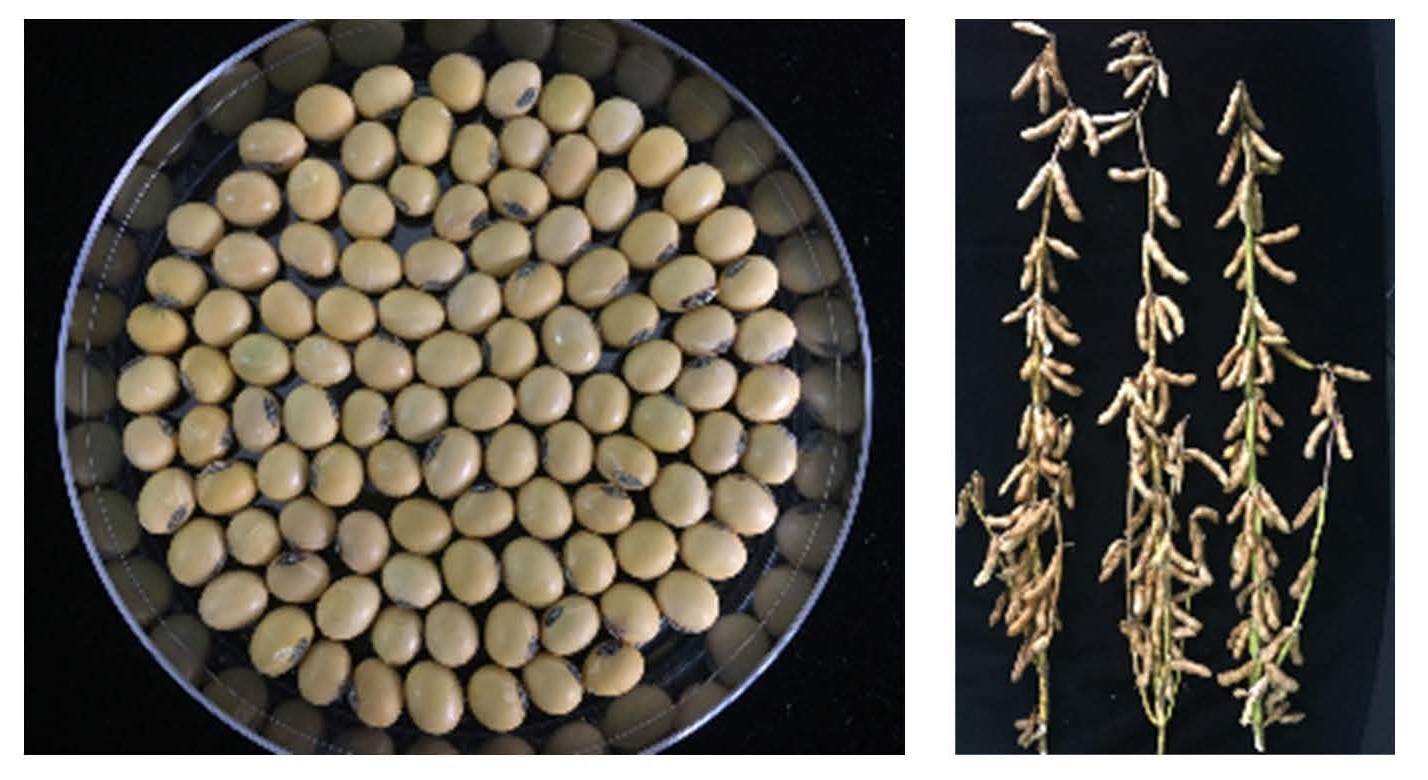 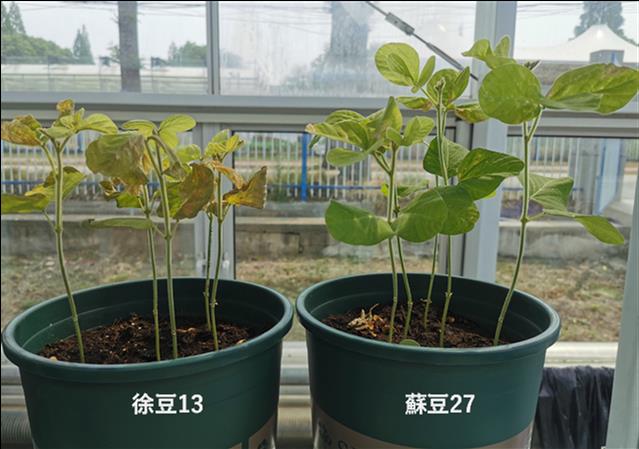 Soil soaked in a 0.70% concentration of NaCl solution and grown for 3 weeks from the young seedling stage (first true leaf stage). On the right is the salt-tolerant soybean "Sudou27".