Elucidation of the Unique Reproductive Behavior of Desert Locust

The Japan International Research Center for Agricultural Sciences (JIRCAS), in collaboration with the Mauritanian National Desert Locust Centre (CNLA), the French Agricultural Research Center for International Development (CIRAD), and the National Centre for Locust Control of Morocco (CNLAA), has clarified previously unknown mating and egg-laying behavior of desert locust in the field.

From the perspective of pest control, it is more efficient to wait for the timing of egg-laying at night, instead of immediately controlling the male locust population when it is found during the day. The application of the desert locust ecology is expected to lead to natural and environment-friendly pest control that does not require the use of pesticides more than necessary.

The results of this research have been published in the online edition of the Proceedings of the National Academy of Sciences of the United States of America (PNAS) on October 12, 2021 (Japan time).

Desert locusts are found in semi-arid regions from West Africa to India, and often cause serious agricultural damage. It has been reported that 2020-2021 will see a major outbreak in East Africa and South Asia causing serious agricultural damage. Since desert locusts are found in vast areas and adults in particular fly long distances, it is difficult to control them by spraying pesticides, and in order to mitigate the damage, it is necessary to develop control technologies based on desert locust ecology. To solve this problem, it is important to understand the behavioral patterns of desert locust, especially how adult desert locusts mate and lay eggs in the field during the breeding season. Therefore, we conducted a field survey from 2011 to 2019 with the aim of elucidating the reproductive strategies of desert locust in the Sahara Desert.

In this study, we conducted a field survey in the Sahara Desert, which stretches across Mauritania in West Africa, the habitat of desert locust. We simultaneously recorded the sex ratio, mating status, and degree of ovarian development of a population at the transient phase1) to determine how adults in solitarious phase that had become a gregarious phase2) mated.

Pairs that are oviposition in groups remain in place for several hours, making them good targets for pest control. If a group of male desert locusts is found, it is possible to reduce the amount of pesticides used by waiting for the group to oviposit until nighttime instead of immediately controlling them.

In the future, we will need to study populations that have been gregarious for several generations, as well as populations in other seasons and regions. We plan to find out how male desert locusts decide where to congregate, and what clues female desert locusts use to visit male groups when they are about to oviposit. We also need to investigate the breeding behavior of another species of desert locust that is causing agricultural damage in many parts of the world, including China and South America. As recommended by the Food and Agriculture Organization of the United Nations, it is hoped that identifying times when desert locust are inactive and intensively spraying pesticides will lead to environmentally and health-conscious pest control that does not use more pesticides than necessary.

The crowding of adult desert locusts in solitarious phase into gregarious phase occurs, and individuals whose external morphology is solitary but whose behavior is gregarious are in to so-called “transient phase”. The desert locust population investigated in this study is in “transient phase”. When swarming grasshoppers reach sexual maturity, the females turn slightly yellow, but the males turn bright yellow and are very conspicuous.

Desert locusts exhibit “phase polyphenism” in which they change their behavior, morphology, and physiological characteristics in response to crowding. Individuals grown under low density during tranquil conditions are called “solitarious phase”, while those under high density during outbreaks are called “gregarious phase”. The phase changes flexibly in response to crowding, and the transformation of the solitarious phase into the gregarious phase is called “phase polyphenism”

An antagonistic relationship that occurs when males and females have different interests in reproduction.

A behavior in which a male protects a mated female from being stolen by another male until she lays eggs. It is known that female desert locusts store the sperm of mated males in their bodies and receive enough sperm for lifelong fertilization in a single mating. In addition, since the sperm of the last male mated is used for fertilization, males have the habit of guarding females until they lay eggs in order to establish paternity. 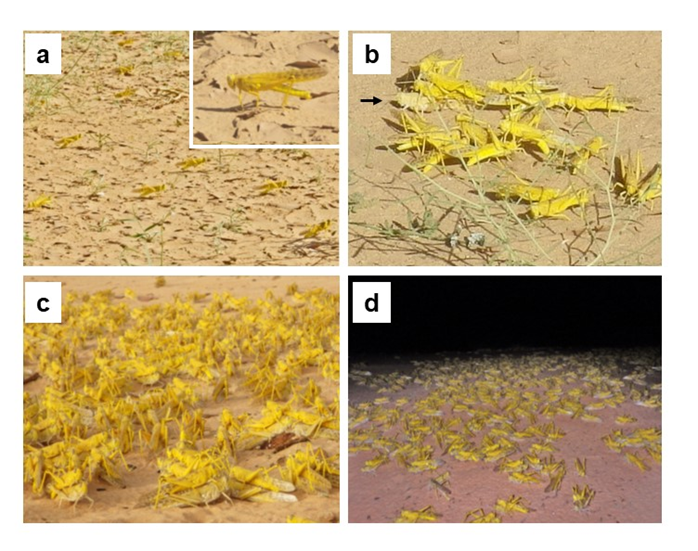 Fig. 1. Reproductive behavior of the desert locust in the field. 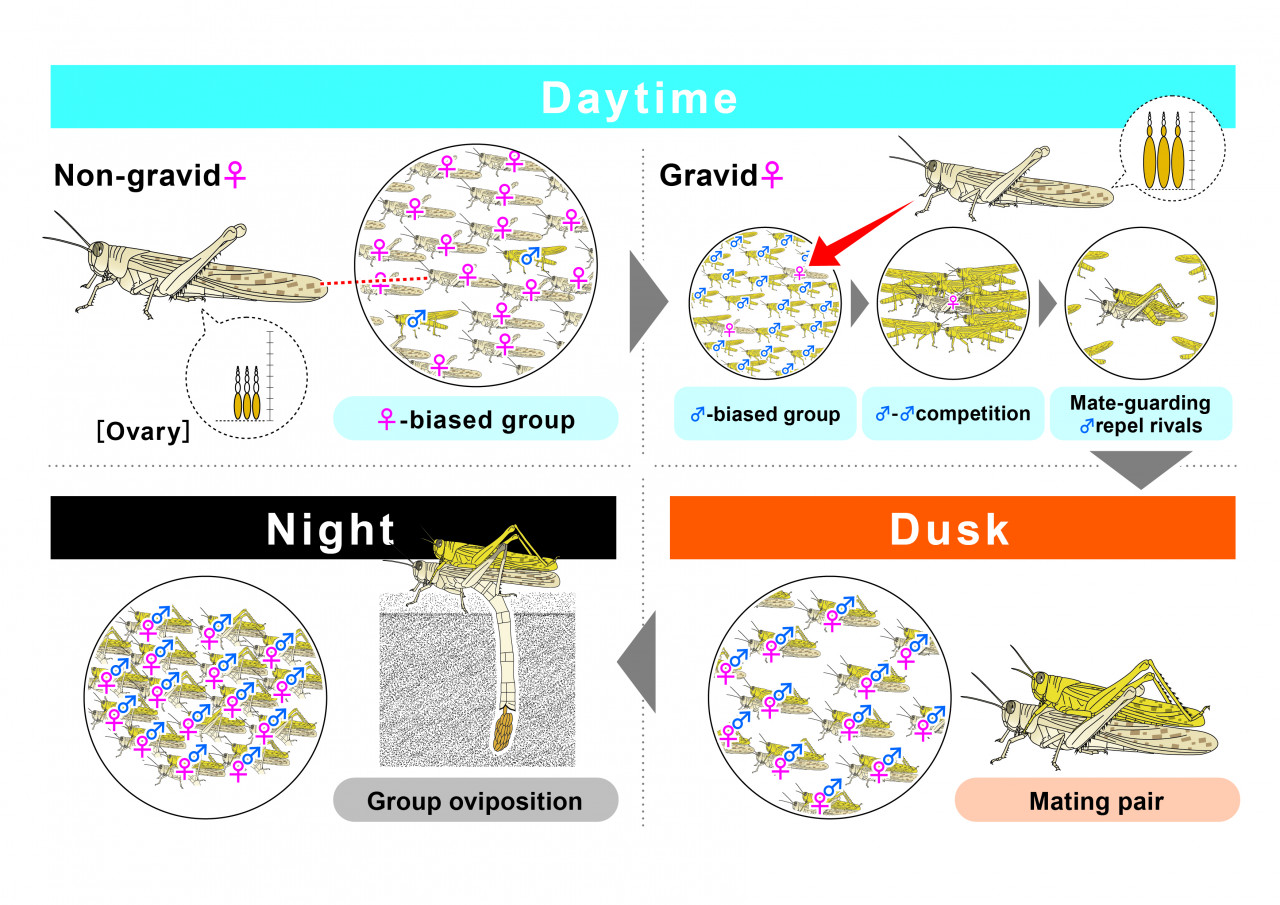