In March 2022, the Japanese team was able to travel to Bolivia for the first time since this SATREPS project was officially launched (international joint research started in June 2021, kick-off meeting held in November 2021). This is the first time in two years that the five members who are the representative and team leaders of Japanese team, have traveled to Bolivia.

The representatives of the Bolivian counterparts of the SATREPS Bolivia project, the Universidad de San Andrés (UMSA) and Foundation for the Promotion and Investigation of Andean Products (PROINPA), as well as Japanese team, checked the progress of the research project at a total of 12 test plots and conducted genetic resource surveys and marginal area surveys were conducted. At one of them, the Umala test plot, a joint survey was conducted by the Swiss Foundation, a SATREPS partner project of UMSA, and us, the SATREPS members. A UMSA TV crew accompanied us to cover the event, which is also introduced on the UMSA website. 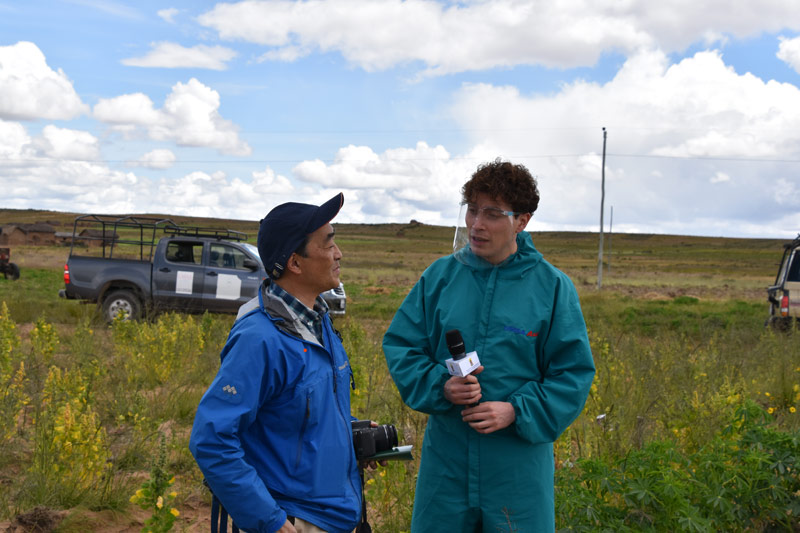 Dr. Toukura was interviewed by the UMSA TV 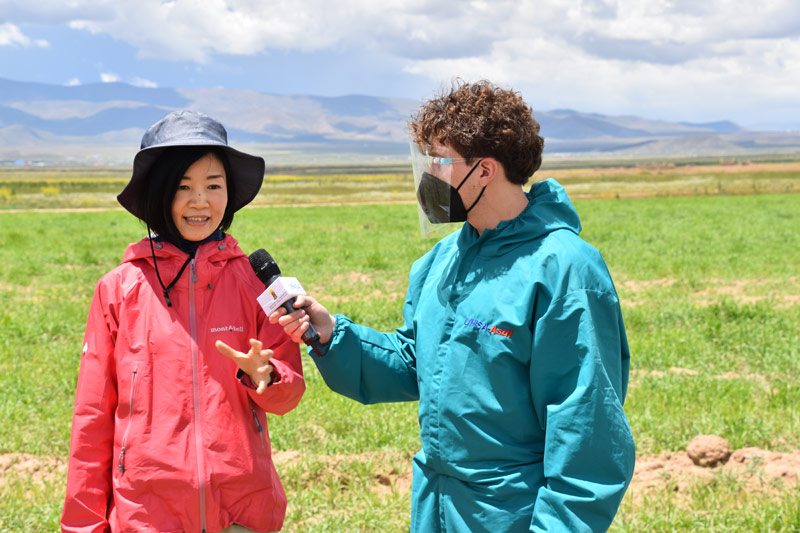 Dr. Nagatoshi was interviewed by the UMSA TV 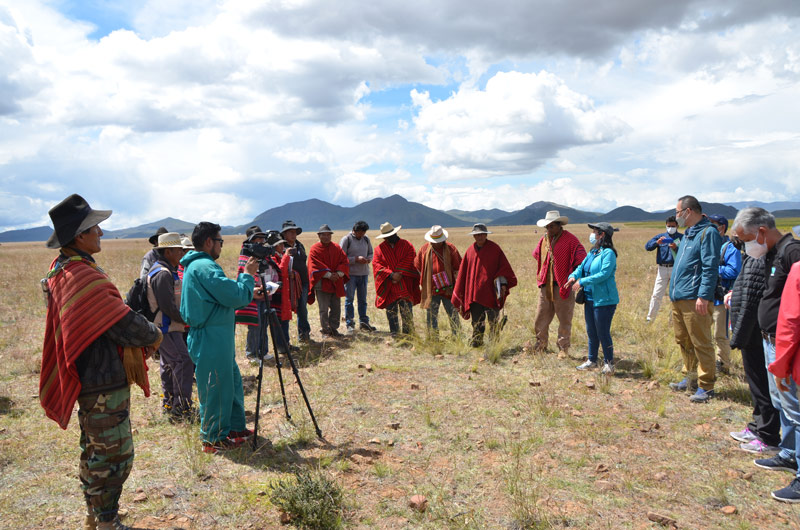 Meeting with farmer leaders of test plots in Umala 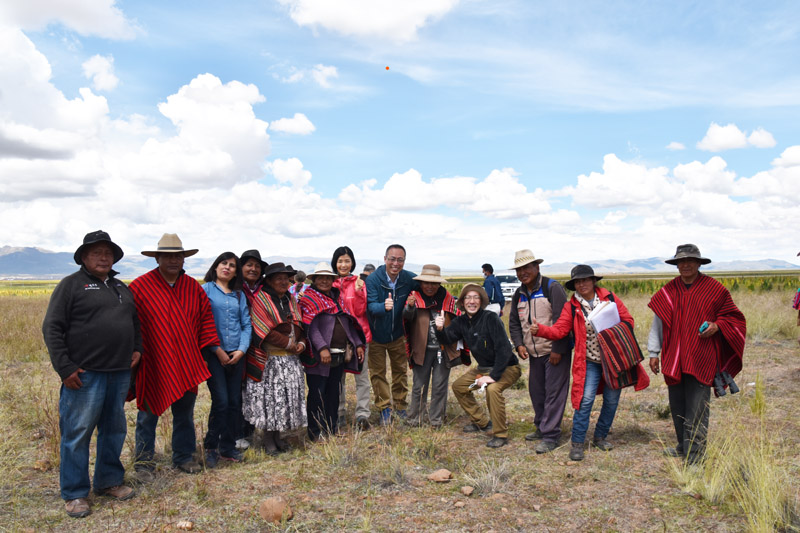 With local farmers in Umala 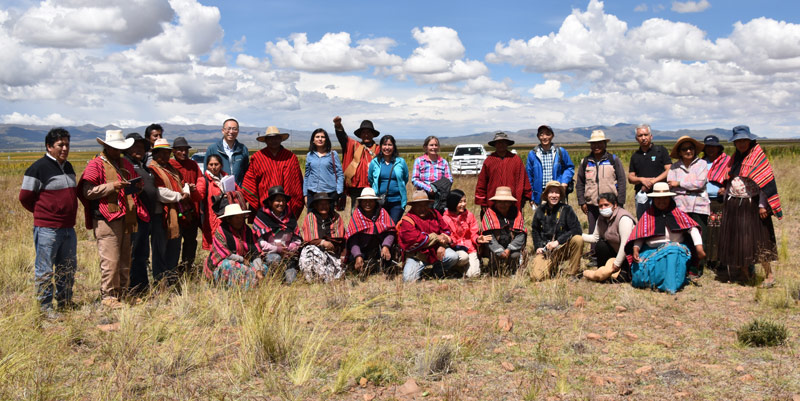 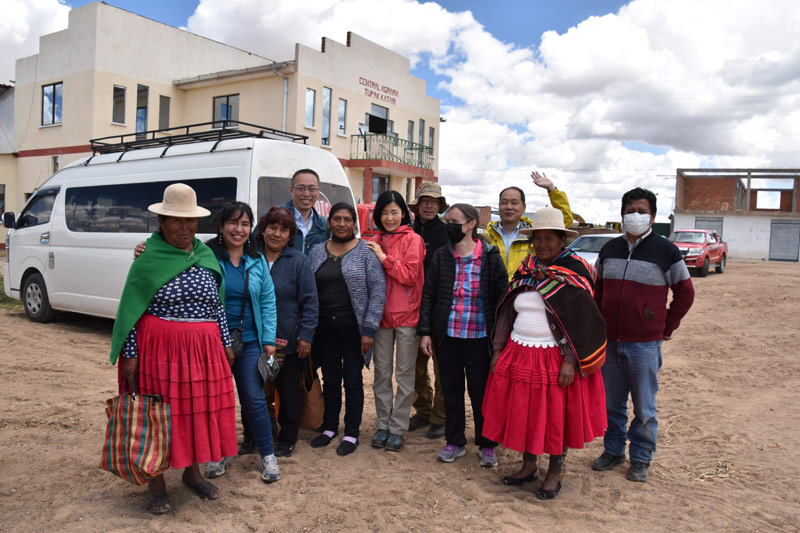 Interaction with local people in front of Umala City Hall 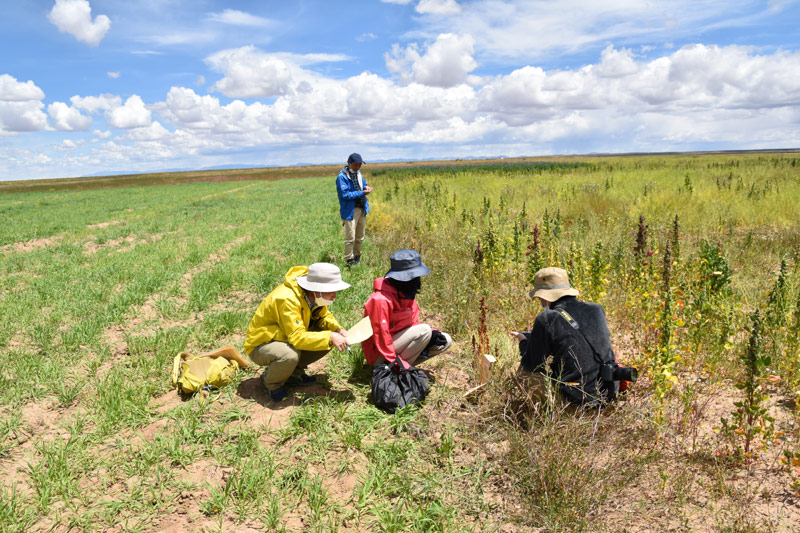 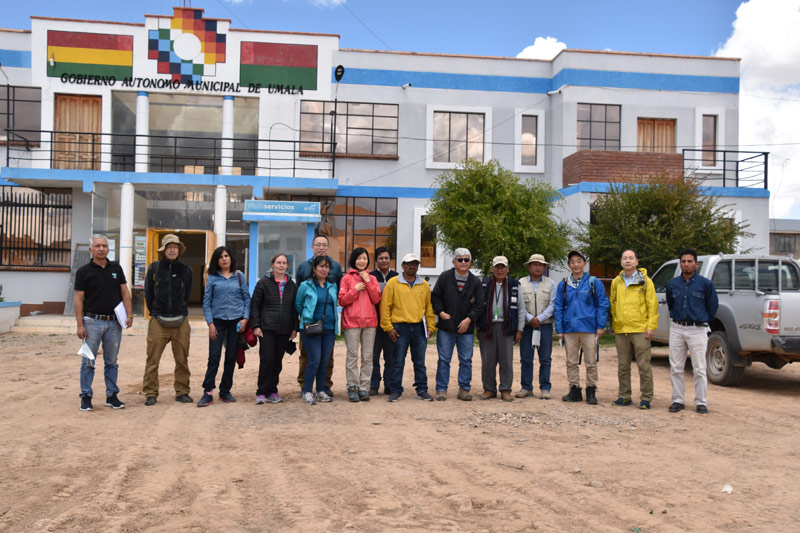 Gathering information on this year's cultivation at Umala City Hall