Importance of pulses research in India: Chickpea and pigeonpea 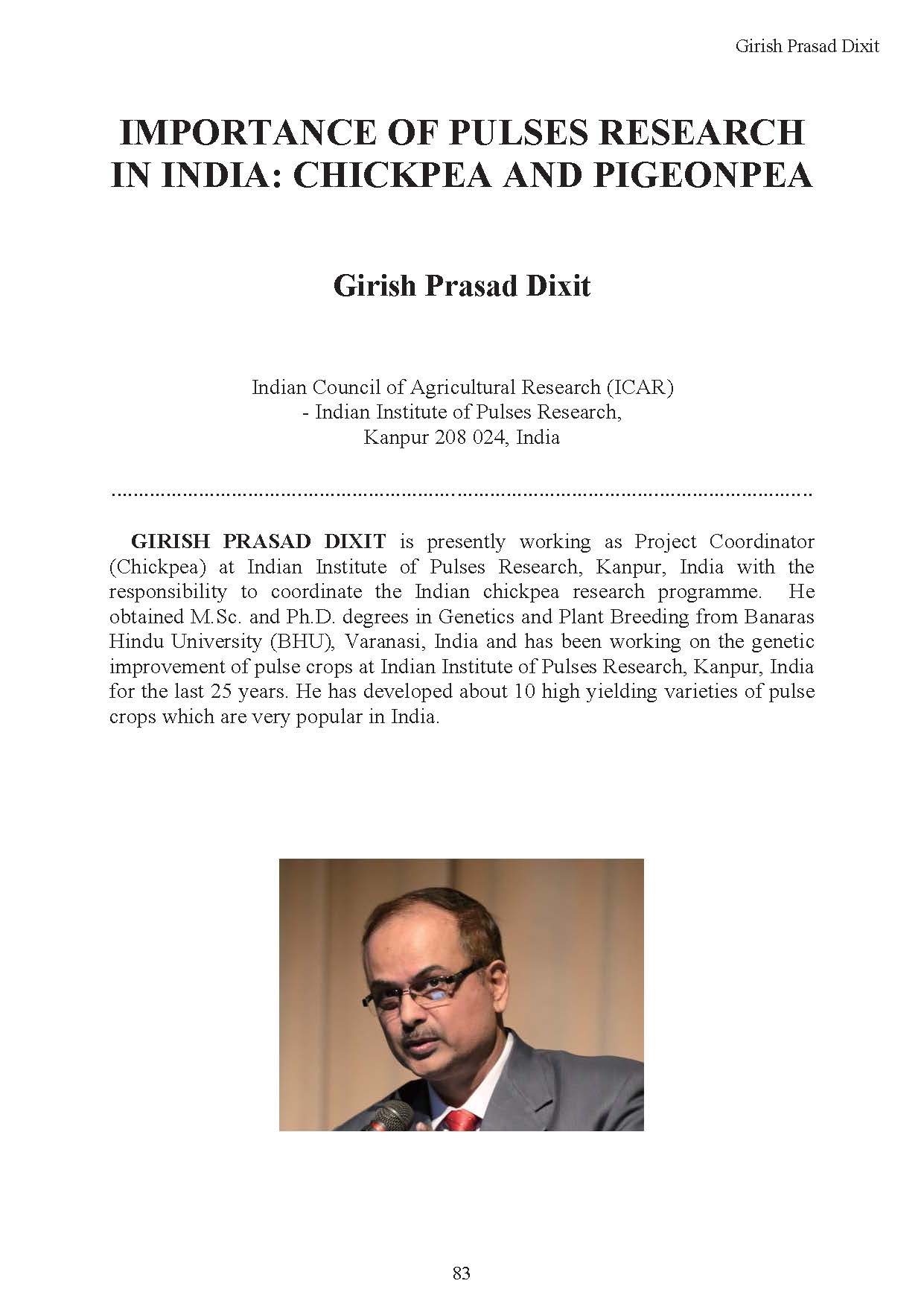 Pulses constitute an important dietary constituent for humans and animals because of their richness with proteins and other essential minerals, vitamins and dietary fibres. In India, over a dozen pulse crops are grown in one or the other part of the country, however, the most important pulse crops grown are chickpea and pigeonpea. India has been a leader in production as well as consumption of pulses in the world. The area under pulses cultivation in the country is currently estimated at about 22- 23 million hectares while the realized productivity is less than 1 ton per hectare. As a result of rising demand of vegetarian food due to ever-increasing population and diversification of food habits, demand of pulses is increasing at a fast pace. This will be further challenged by changing climate which may manifest itself in the form of shifting rainfall pattern, untimely and erratic rains, extreme temperatures, etc. which may also change the cultivation pattern of pulses. Post-harvest losses still remain a matter of great concern. Accordingly, pulses researchers have to remain prepared with a wide range of pulse genotypes which may adapt themselves across changing climates. For developing such genotypes, wild relatives which are rich reservoir of useful alien genes can play an important role. Further improvement in pulses productivity is needed through conservation and diversification of agriculture so as to increase the productivity of the system and improve soil health.

Since pulses are largely cultivated in India under rain-fed and monsoon dependent areas where soil moisture is the critical factor determining the productivity, the production trends keeps fluctuating every year depending upon rainfall. The major constraints that limit the realization of potential yield of pulses include biotic and abiotic stresses prevalent in the pulses-growing areas besides socio-economic factors. Among abiotic stresses, drought and high temperature at terminal stage, cold as well as sudden drop in temperature coupled with fog during the reproductive phase and salinity/alkalinity throughout the crop period inflict major yield losses and instability in production. All these stresses make pulse crops less productive with unstable performance in one or the other way. Thus, there is a strong need to formulate strategic plan to achieve the goal focusing on broadening the genetic base of pulses for breaking yield barriers, hybrid development in pigeonpea, transgenics in chickpea and pigeonpea, high yielding varieties with tolerance to biotic and abiotic stresses, bio-intensification of pulse-based cropping systems and resource conservation, development of micro-irrigation techniques, mechanization and minimizing post harvest yield loss, climate risk management and efficient extension models for dissemination of pulse-based technologies for farmers to make the pulse cultivation productive and remunerative.